Our cars are getting cleaner, but our cleaning products? Not so much. 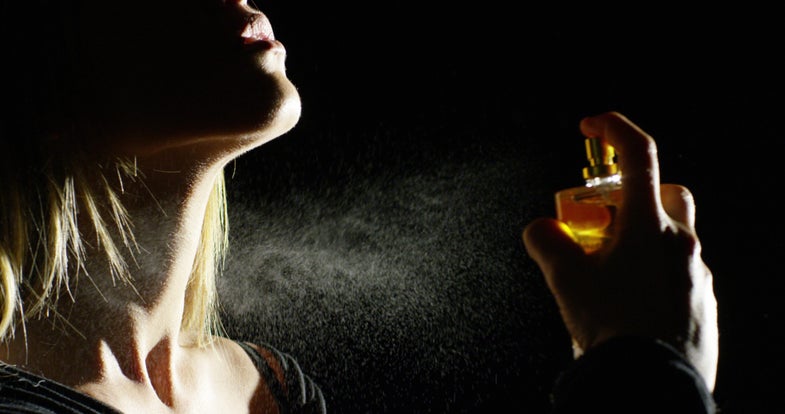 Could cleaning sprays, perfumes, and paints cause as much trouble for the atmosphere as the contents of your car’s fuel tank? A study released today by researchers at the National Oceanic and Atmospheric Administration and the University of Colorado at Boulder suggests that if we want to clean up the air we breathe, it’s time to start paying attention to common household products that release Volatile Organic Compounds (VOCs). The study found that as fuel-related emissions have gotten cleaner due to regulations like the clean air act, they’ve gone from making up 75 percent of human-caused VOC emissions down to 50. The remaining half, according to the research, is primarily caused by chemical products.

If it seems a little strange to equate the environmental impact of cars to that of spray bottles under your sink, know that the researchers were a bit surprised by the finding too. “That’s really the punchline of this paper,” says Brian McDonald, the study’s lead author. As car emissions have gotten progressively cleaner due to regulations like the Clean Air Act, household products have started to make up a greater proportion of VOCs.

VOCs are naturally produced by plants, but about 30 percent of the emissions come from industrial processes, says Atul Jain, a professor of atmospheric sciences at the University of Illinois at Urbana Champaign. “They are short-lived but highly reactive gases that impact ozone and methane,” he says. VOCs actually act as a sink for methane, one of the most potent greenhouse gases—as VOCs cycle through different chemical reactions, they form hydroxyl radicals (OH−) that take methane out of the atmosphere. While reducing greenhouse gases is probably a good thing, there are some negative side effects. When VOCs react with sunlight and gases in the atmosphere, Jain explains, the compounds form tropospheric ozone (commonly known as smog) and particulate matter that makes its way into respiratory tracts.

Smog is bad for our health, and VOCs also cause problems indoors (where the average American spends most of their time). These compounds won’t form smog inside—sunlight is a key ingredient for that—but they can cause irritation in the eyes and lungs, or headaches and allergic reactions.

Data from the EPA’s National Emissions Inventory shows that since the 1990s, on-road vehicles saw the largest reduction in VOCs out of the other outdoor sources like industrial processes. But in the meantime, we’ve mostly ignored the chemicals and potential pollutants released when we use household items: scented sprays, paints, and cleaning products. The EPA database doesn’t even track emissions from such products.

That’s why the NOAA-led study, based out of the University of Colorado, Boulder, tried to trace specific sources of these compounds.

Calculating exactly which pollutants are released in what quantity with each spray was tricky, since a lot of the ingredients found in manufactured products are considered proprietary knowledge. Companies might not have to report that information publicly, instead using catch-all terms like fragrance. “If you look on the side of the container you have in your bathroom or kitchen, it uses that single word. But up to 2,000 compounds can fall under that category of fragrances,” says Jessica Gilman, one of the study authors. So the researchers had to scour the existing body of scientific literature on the amount of VOCs produced by each product, then estimated the output of different scenarios.

To see whether the proportion of atmospheric pollutants matched up with the estimated emissions from household products, the lab used high-tech, customized tools—better than the “off-the-shelf” versions that most regulatory agencies have used, says study author Jessica Gilman.

“The NOAA instrument can measure a much wider suite of volatile organic compounds, including many that contain oxygen atoms, like ethanol, acetone, and isopropanol, which were important for this study,” Gilman says. “We can measure at very low concentrations—less than a single part-per-trillion for some VOCs—with high accuracy and precision.”

This isn’t the first time we’ve faced bad news about our household products. Most ’80s consumers didn’t think of hairspray as an environmental disaster in a can, but then scientists discovered the chlorofluorocarbons from aerosol cans had ripped a hole in the ozone layer. That knowledge led to the Montreal Protocol, a world-wide agreement that drastically reduced the amount of CFCs in the atmosphere and prevented the complete destruction of the life-saving ozone layer.

“It’s all about control,” says Jain. “Rarely do you find home products using CFCs [now],” The new NOAA study, and the further public health and environmental research it leads to, might similarly help change the way we think about and use VOC-emitting products. Choosing water-based paints and using cleaning sprays sparingly could help reduce emissions. And indoor plants are a green way to filter the air you breathe.

But while reducing anthropogenic VOCs could be beneficial to human health, that’s not to say your bottle of perfume packs the same environmental punch as your fuel tank. Carbon dioxide is still released as a byproduct when you drive or burn fossil fuels, no matter how efficient your car is, and it’s a dangerous greenhouse gas in its own right. Reducing carbon emissions is vital to avoiding the worst impacts of climate change.

“Transportation is still important when it comes to thinking about air quality,” says McDonald. “All we’re saying is that the emissions from the use of these chemical products are potentially also important as well.”