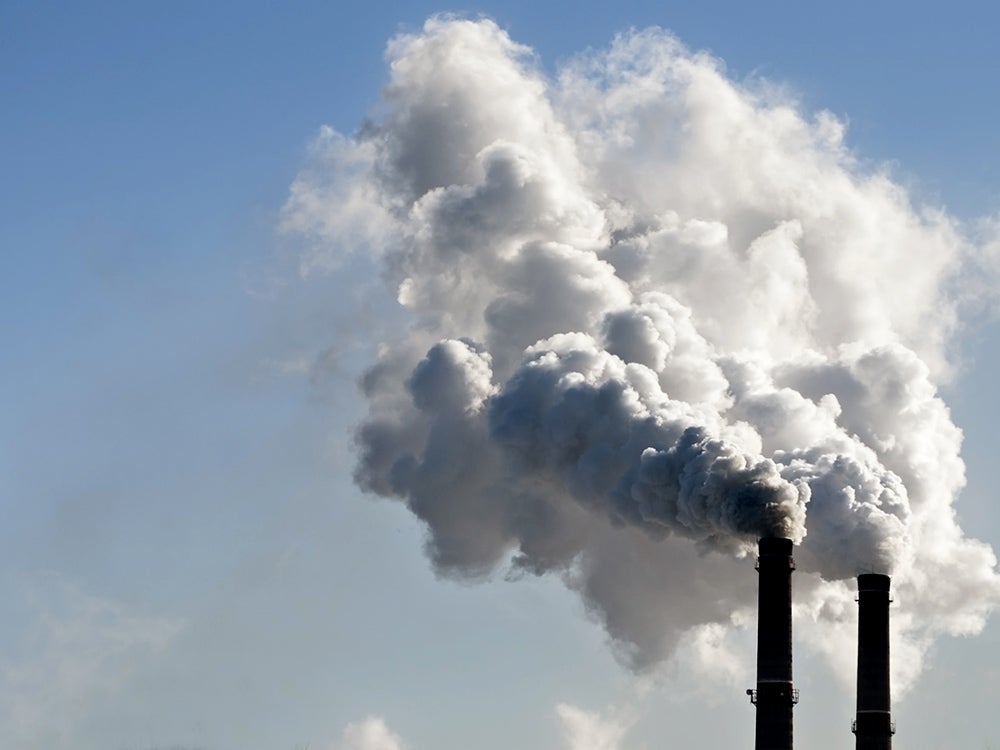 Before the Environmental Protection Agency began regulating air quality across the country, days when pollution would get trapped by stagnant air and temperature inversions could quite literally turn deadly. The Clean Air Act of 1970 set national standards to limit air emissions of six conventional pollutants, including ozone and fine particle pollution. To meet these standards, sources of air pollution including factories, power plants, and cars had to switch to cleaner fuels or install equipment to filter out harmful air emissions. The law also required the EPA to reassess these standards every five years, taking new research into account and using the best available science to protect public health. However, the White House’s April call to streamline and make the review process more friendly to industry could change how the standards are set. The agency’s response, according to scientists and former EPA officials, suggests the decision may shift from one based purely on scientific evidence to one influenced by policy and economic costs. The EPA has already proposed to ban key research studies from being included during regulatory reviews—a bid for greater transparency, according to officials, but a move that will make it harder to base decisions on what will protect human health. Last year, the EPA began changing the composition of the independent air advisory board that reviews the EPA’s work by barring scientists who receive EPA grants for research, thereby paving the way for more industry-funded scientists.

The agency’s May 9 memo signed by Administrator Scott Pruitt would condense the EPA’s sequential three-part process for reevaluating the air quality standards into one step that looks at policy concurrently with health and science. The agency also would require its science advisors, most of whom are epidemiologists, toxicologists, and physicians with expertise in public health, to study the economic and energy costs of setting new air quality standards. It also promised to release instructions for how state air quality regulators should meet new standards at the same time those standards are set—a move that former EPA officials say would put the cart before the horse.

Taken together, experts say the new streamlining efforts will make it easier for industrial interests to prevail over concerns about human health.

“They are making clear that the administrator will exercise political judgements over the adequacy of the standards and whether it protects Americans,” says John Walke, a former EPA air attorney and director of clean air, climate and energy at the Natural Resources Defense Council.

Pruitt also told the agency to accomplish its reviews for two major air pollutants—ozone and fine particle pollution—by the end of 2020, which coincides with the end of the President Donald Trump’s first term. Since the Clean Air Act instructs the EPA to review air quality standards every five years, this could lock in new standards for ozone and fine particulate matter until 2025.

In the agency’s 2015 review for ozone, an irritant that increases the risks of lung diseases including bronchitis and asthma, the EPA chose a threshold on the higher end of the range recommended by its advisors. The latest research on fine particulate matter found a higher risk of heart disease and death in the elderly, even within levels that meet air pollution standards.

By law, the EPA must set air quality standards based solely on what protects public health with an adequate margin, a provision challenged by industry groups and upheld by the Supreme Court in 2001.

The last time the agency changed its process for reviewing air quality standards, the first thing the EPA did was write to its external advisory board for their thoughts on how to improve the review process, says John Bachmann, a former EPA official in the air office during the George W. Bush administration.

The agency also asked for industry and environmental groups’ perspectives, held a public workshop, and released the changes for public comment multiple times, says Bachmann, who worked on the changes.

The end result was a process that consists of a scientific literature review of the latest research on the health effects of air pollution, an evaluation of the public health risks by degree of exposure, and an assessment that looks at the policy implications of the first two reviews.

Each section builds upon the former, and a specially assembled board of scientists reviews the scientific integrity of each part before the EPA moves to the next stage.

Developing the policy assessment at the same time as the science and risk assessments doesn’t make sense, Bachmann says. “What if one error gets propagated to the next assessment?”

Of course, the science advisors could always push back if they think the agency hasn’t assessed the science properly.

“No credible scientist is going to stake their personal reputation on approving an EPA work product that falls short,” says Christopher Frey, an environmental engineering professor at North Carolina State University and member of the fine particle pollution review panel.

However, forcing three review stages into one to shorten and rush the process will add to EPA and the review board’s workloads and make the process less transparent, Frey says.

Consulting the science panel on the economic and energy costs of reducing air pollution, as cited in a little-used provision in the Clean Air Act, could muddy the waters further.

If you tell people to think about what the costs are, that knowledge will still be in the back of their minds when they make their air quality standards recommendations, Bachmann says. “[How will they] keep church and state separate?”

To meet this request, Pruitt will likely rearrange future science advisory boards to include more economists better equipped for these analyses, says Jeff Holmstead, the former EPA head of air and radiation during the George W. Bush administration.

“Really what this does is it says we’re going to follow the statute and do things more quickly,” says Holmstead. “EPA has specifically said it will not consider the costs, it will only consider public health.”

That doesn’t relieve the air advisory board from analyzing those issues,” Holmstead says.

Frey said it would be more appropriate for the EPA to form an ad hoc review panel to study all the economic costs, including the positive economic costs of setting protective air quality standards that decrease morbidity and mortality.

Finally, the memo stated that the EPA should set implementation rules for how state regulators should meet new air quality standards at the same time as new air quality standards are announced. The agency has been slow in the past to put out implementation rules, and some state regulators and industry groups have commented on this.

However, there’s a logical reason why the agency doesn’t work on both activities at once, says Janet McCabe, the acting EPA air chief during the Obama administration.

“If you’re going through a presumably legitimate rulemaking process” to set the air quality standards, “you don’t know what the levels should be until you get to the end of the process,” McCabe says. “So how can you be writing the implementation rules at the same time?”

The rules should come out step by step, McCabe explains. “Otherwise, you’re predispositioning yourself to a certain standard. You already have the target in mind.”

And if that’s the case, you’re not really making a decision based on human health and wellbeing.