The agency concluded it might be unsafe back in 2016. 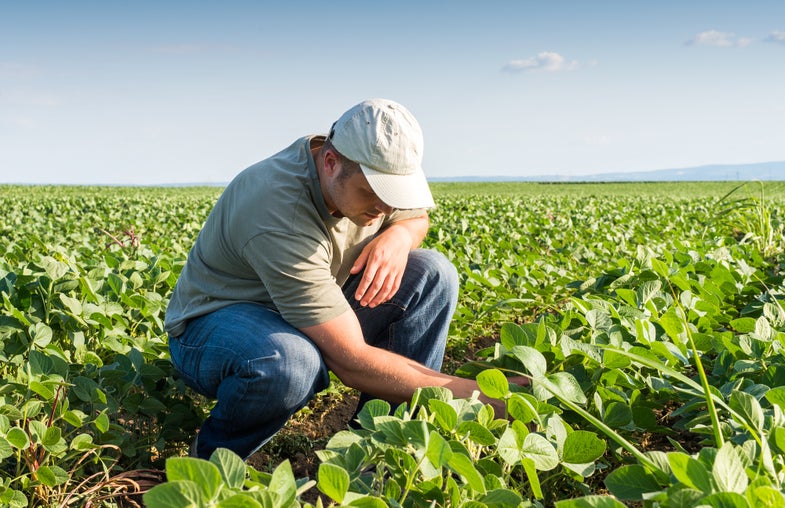 The U.S. 9th Circuit Court of Appeals ruled 2-1 that “there was no justification” for the EPA to allow any amount of chlorpyrifos on fruits and vegetables “in the face of scientific evidence that its residue on food causes neurodevelopmental damage to children,” wrote Judge Jed S. Rakoff of the Southern District of New York in the decision Thursday.

“This is a big deal because it gets a dangerous neurotoxic pesticide off our food,” says Marisa Ordonia*, an associate attorney with Earthjustice who worked on the case.

Chlorpyrifos, produced by Dow Chemicals, was first registered for agricultural and residential use in 1965. An effective neurotoxin, chlorpyrifos acts on anything with a nervous system using the same mechanism as Sarin gas and other organophosphates. It binds tightly to inhibit acetylcholinesterase, an enzyme in the body that resets nerve cells after they fire so they can transmit new signals. Without acetylcholinesterase, the nerve cells get jammed by the same signal, leading to involuntary muscle spasms and paralysis. At high enough concentrations, chlorpyrifos can stop the heart and lungs.

Between 2011 to 2015, U.S. farmers sprayed five to ten million pounds of chlorpyrifos on corn, soybeans, Brussel sprouts, broccoli, cauliflower, fruits, nuts, and other row crops, according to the United States Geological Survey. The insecticide is also used on golf courses, in greenhouses, and to treat wooden structures.

Shortly after the EPA retained what they considered were acceptable levels of chlorpyrifos on produce in 2006—despite new studies from a trio of major research institutions showing lower birth weight, delayed motor and mental development, reduced IQ, and increased likelihood of attention deficit disorders in children exposed prenatally to chlorpyrifos, even at amounts below what the EPA deemed safe—environmental groups sued in 2007.

After a series of lawsuits that led to more reviews and then a court order to act by March 2017, EPA scientists concluded in a 2016 risk assessment that the amount of chlorpyrifos residue on most of the fruits and vegetables we eat exceeded the “reasonable certainty of no harm” standard required by federal law. The EPA looked like it was inching towards a ban on chlorpyrifos on foods, but then reversed course two days before the court-ordered deadline—one of recently ousted EPA Administrator Scott Pruitt’s first actions following his confirmation in February 2017.

The move coincides with lobbying from Dow. Dow Chemical donated $1 million toward President Trump’s inauguration events and its chairman and CEO served as a key advisor to Trump on manufacturing. Dow Agrosciences also consistently spent at least $50,000 each quarter since 2016 to lobby on chlorpyrifos.

Unwilling to wait for the EPA to take action, Hawaii, a heavily agricultural state, banned chlorpyrifos in May. Now the rest of the U.S. will play catch up following Thursday’s court order. The EPA has 60 days to ban chlorpyrifos or challenge the decision by petitioning the Supreme Court.