Care about the planet? Skip the cruise, for now.

The fuel that keeps a floating vacation going is detrimental for the environment. 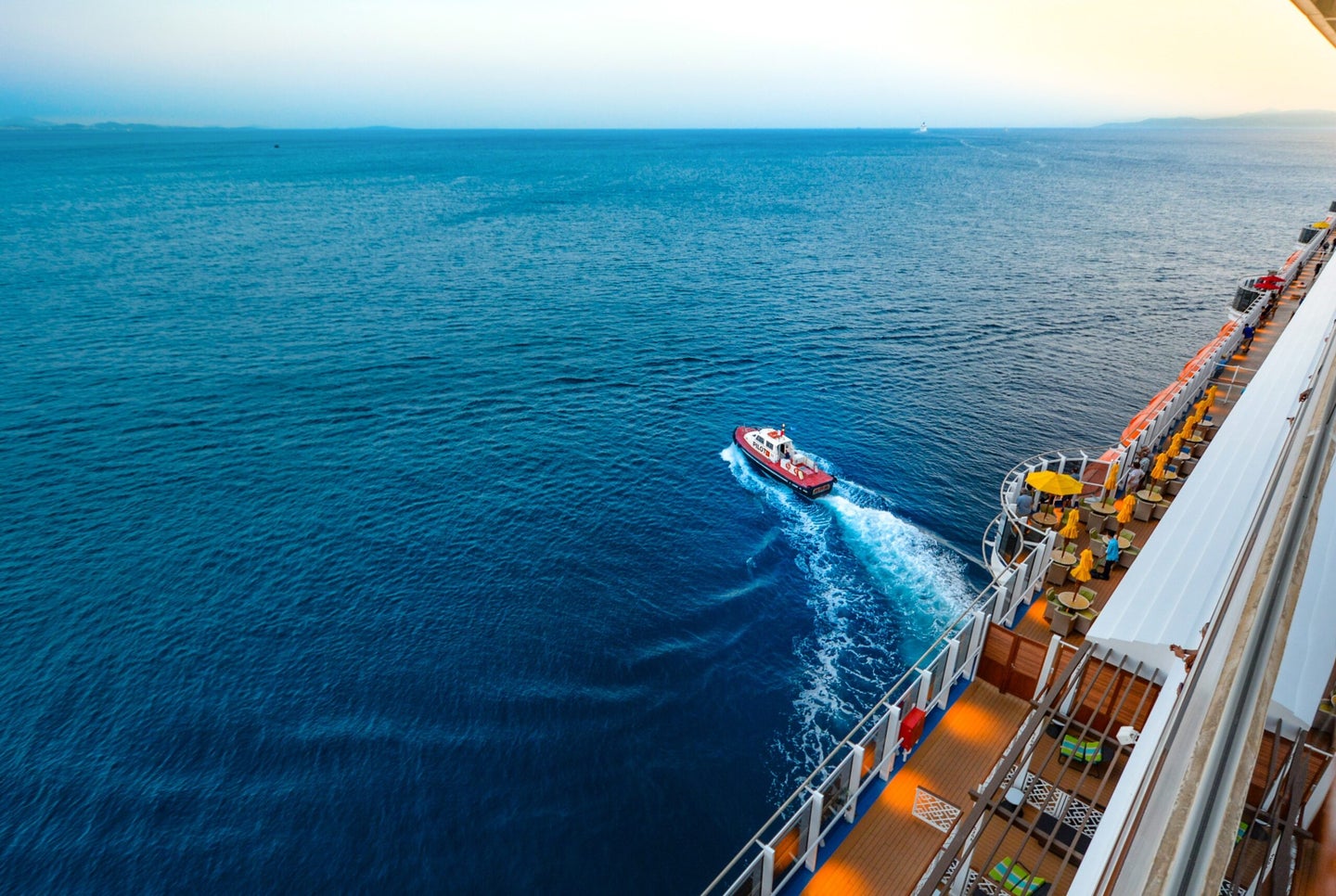 COVID-19 lockdowns are no longer preventing vacationers from traveling the globe this summer, which has caused a jump in travel among Americans and elsewhere. More interest in travel, however, means renewed excitement for cruises. Carnival Cruise Line and other top cruise ship companies have been breaking records for ticket sales this year. But a water-bound vacation isn’t just a concern for infectious disease—these ships are having a massive effect on the climate.

Cruise ships are incredibly large—among the largest ships in the world—and it takes a lot of fuel to keep them moving. They’re often over three football fields long and can feature pools, ice skating rinks, basketball courts and more. A ship can burn up to 250 tons of fuel in a single day. Studies have shown one cruise ship produces roughly the same amount of carbon emissions as 12,000 cars. They’re also poorly regulated.

Even without the risks of COVID, all that fuel can still lead to breathing in unhealthy levels of pollution. Researchers have found the air quality on cruise ships to be extremely poor due to the pollution these ships generate. The conditions are generally equivalent to living in a heavily polluted city.

Mark Jacobson, a professor of civil and environmental engineering at Stanford University, tells Popular Science that the type of fuel cruise ships burn contributes to their many harmful environmental effects. “They generally use bunker fuel, which is the dirtiest type of fuel. Bunker fuel puts out lots of black carbon, sulfates and other chemicals,” Jacobson says. “Black carbon is the second leading cause of global warming after carbon dioxide.”

[Related: The world’s largest hybrid ship will set sail in 2024.]

Bunker fuel is a thick, tar-like fuel that’s high in sulfur. It comes from leftovers of the refining process and is used for large ships. Black carbon is often referred to as soot, and it is produced by burning this fuel and by wildfires. The EPA claims it is linked to “cardiovascular disease, cancer, and even birth defects.” Jacobson says black carbon is often burned by ships that travel near the Arctic and Antarctic, and the pollutant lands on sea ice and snow—in turn melting them faster. It can also get into clouds and help evaporate them more quickly, which causes further warming because clouds help reflect sunlight.

The particulates from burning bunker fuel often get cleared out of the air through precipitation, thus eventually polluting the ocean, Jacobson says.

What’s the solution? Cruise ships could just be banned, of course, but Jacobson says there’s a pretty simple technological solution. Like with cars, it’s a matter of transitioning these ships to clean energy. He says ships can be transitioned to batteries or hydrogen fuel cells.

Batteries are more energy efficient for small to medium-sized ships that aren’t going long distances. But for journeys longer than a few dozen miles, hydrogen fuel cells are necessary because the weight of the batteries starts affecting efficiency levels.

Some ferries are already being transitioned to battery power. A battery-powered ferry in Denmark just set the record for the longest trip on a single charge by traveling 50 nautical miles. That ferry is less than 200 feet long. Norway unveiled the world’s largest battery-powered ferry last year, and it’s over 400 feet long. The world’s largest hybrid ferry will start transporting passengers between Britain and France in the next few years.
Cruise ships are thought of as luxurious and built for fun, but they’re taking a major toll on the environment. Transitioning them to clean energy is the only solution to this problem if they’re going to continue to exist. A Norwegian company called Hurtigruten has already developed hybrid cruise ships, so perhaps change is on the way. Jacobson says it will just be a matter of convincing the cruise lines to invest in making that change.