The world’s largest hybrid ship will set sail in 2024

With an 11.5-megawatt-hour battery system, the 639-foot Saint-Malo will ply the waters between France and England. 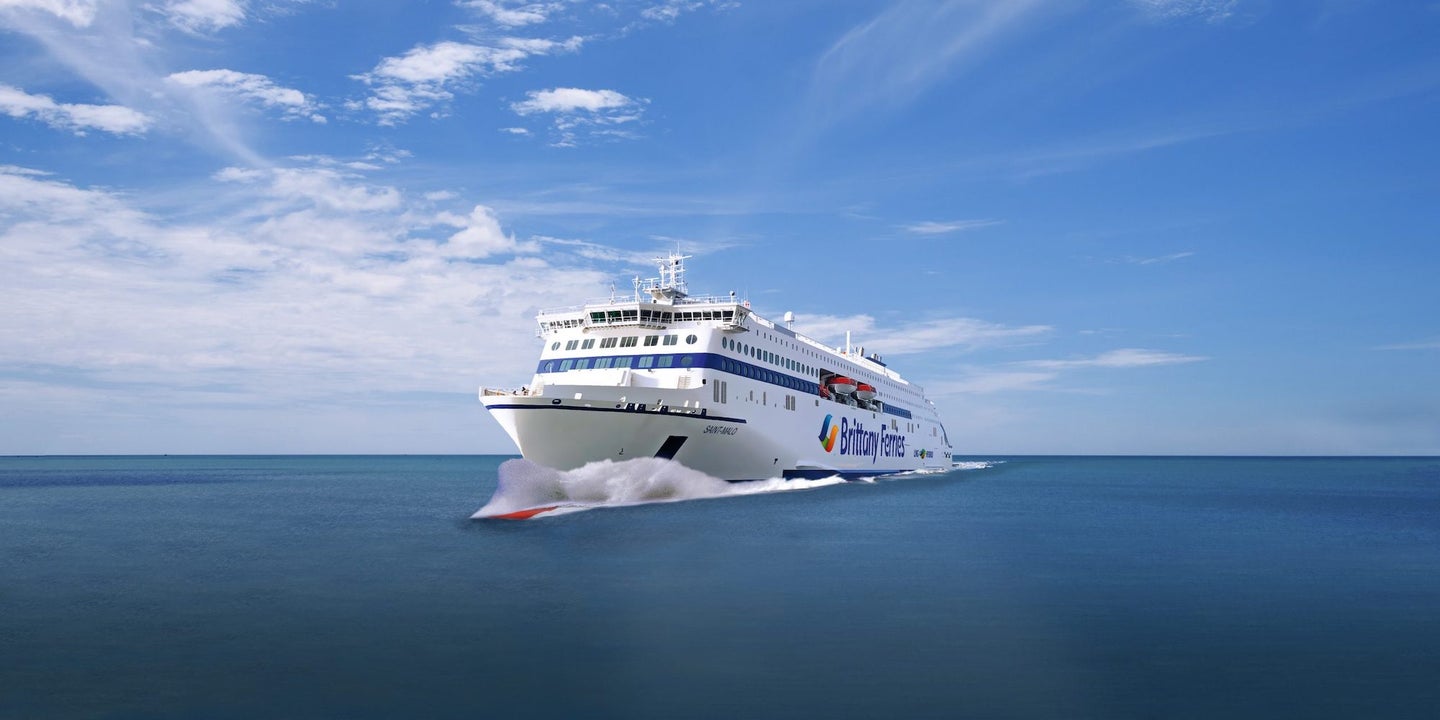 An artist's impression of the Saint-Malo. Brittany Ferries
SHARE

French shipping company Brittany Ferries has commissioned the world’s largest hybrid ship for its future fleet, the company announced this week, marking another milestone in the industry’s route to decarbonization. The 639-foot Saint-Malo will be operational in 2024 and replace one of their older models on a route from St. Malo, France, to Portsmouth, England. A second hybrid ship will enter the fleet shortly thereafter.

The Saint-Malo will have a battery with an 11.5 megawatt hour (MWh) capacity, which Brittany Ferries says is about double the size of most hybrid marine vessels on the water today. Wärtsilä, a Finnish technology group, is creating the ship’s hybrid propulsion system that can draw on both liquified natural gas and battery power to run.

“The extensive battery size will allow the vessels to operate with full power, using both propellers and all thrusters to maneuver emissions-free in and out of ports, even in bad weather. The built-in shore power solution will charge the batteries while berthed,” explained Wärtsilä President and CEO Hakan Agnevall in a statement.

[RELATED: This smart tugboat is about to journey more than 1,000 miles, autonomously]

This new design has the potential to save up to 15 percent on greenhouse gas emissions compared to a typical diesel-powered vessel, according to the company. Brittany Ferries will double down on its efforts with a second yet-to-be-named ship planned for its route from Caen, France to Portsmouth, England, which will be ready “shortly after” the Saint-Malo, Brittany Ferries said in its announcement. The ships themselves will also be upgradeable; the builder, Stena Roro, plans to leave room on the vessels for renewable updates, such as larger batteries or solar power.

[RELATED: How the massive ‘flow battery’ coming to an Army facility in Colorado will work]

The shipping industry is in the midst of a global push for more sustainable ways of powering the vessels, which are a challenge due to their size and the long distances they often need to travel. Along with creating hybrid vessels, Wärtsilä is in the process of developing engines that run on ammonia rather than fossil fuels. In Norway, the Yara Birkeland, a fully-electric container ship, went into commercial operation this year, with the added goal of becoming fully-autonomous one day, as well. And there are a number of other innovations in the pipeline, including sails that could capture and convert wind into energy to power the ship’s motor.