Another year, another carbon emissions record

The rise in emissions slowed down a little in 2019, but we’re still going in the wrong direction 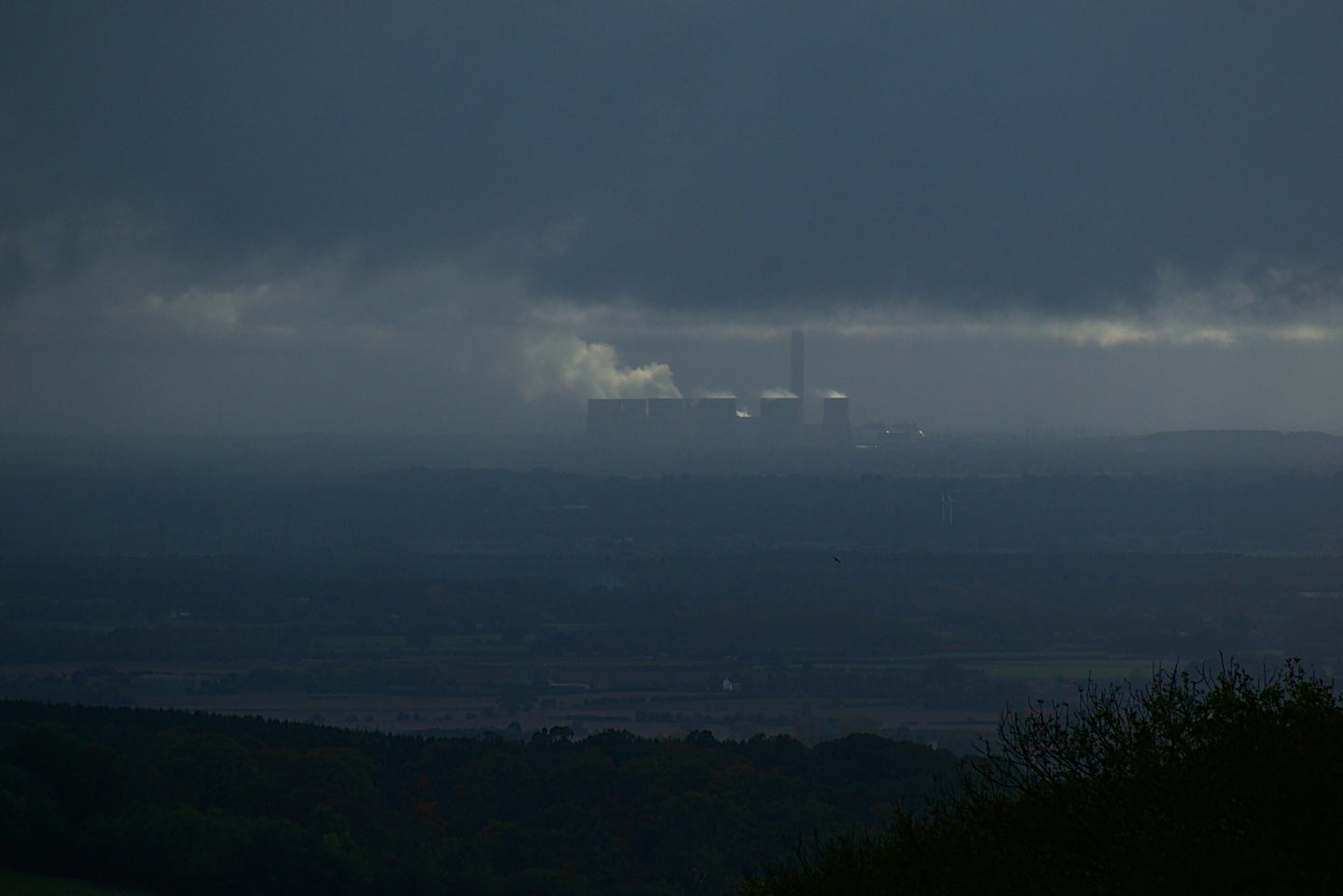 Emissions are continuing to clog up our air. Martin Sepion/Unsplash
SHARE

Despite this year’s momentum in climate advocacy, the globe’s carbon emissions stubbornly continue to climb. According to the Global Carbon Project, an international partnership of climate scientists, this year polluters around the world will emit a new record amount of carbon dioxide.

Starting in 2006, the Global Carbon Project has compiled emissions data from natural systems, energy, and industry across countries and combined it with models to develop a carbon budget: how much carbon dioxide is rising into the atmosphere, how much is swallowed back by the soil, plants, and oceans, and what the difference is. While nature does its best to capture our carbon, about half of it goes on the warm the planet.

All those emissions are already having a devastating effect. Since preindustrial times, the Earth has warmed by 1.1ºC. The Arctic has heated up twice as much, and all the excess carbon that oceans absorb is devastating marine ecosystems with heat waves and acidification. On land, we’re seeing the effects of droughts, extreme storms, and reshuffling ecosystems.

This year, the researchers predict that a new record high of 40.6 billion tons will spew into the atmosphere. That’s an increase of 0.6 percent from last year. In 2018, emissions climbed 2.1 percent from 2017, and 2017 emissions were 1.5 percent higher than 2016. The findings are in three papers, in Environmental Research Letters, Earth System Science Data, and Nature Climate Change.

All of this means that the rate of emissions rise has slowed a bit—but that’s not something to celebrate in a world that needs to rapidly move toward net zero emissions to avoid the most devastating effects of climate change.

“The finding shows the world is nowhere close to what the UN says is needed for even 2 degrees, let alone 1.5 degrees,” says Dave Jones, electricity analyst at the climate policy think tank Sandbag. Jones is referring to last week’s UN Production Gap Report. According to that report, we’d have to cut emissions by 7.6 percent in 2020 onward to curb warming at 1.5 C.

“[The rising emissions] make climate stabilization at 1.5 degrees very difficult,” agrees Rob Jackson, a Stanford University earth scientist and chair of the Global Carbon Project. “We haven’t even stabilized global emissions yet, let alone began the long process of getting to zero.”

A handful of countries are responsible for the bulk of these emissions, and most of that carbon comes from coal. China, the United States, and the European Union are projected to produce more than half of carbon dioxide for this year. Emissions are slowing down in the US and the EU, but they’re on the rise elsewhere, especially China and India.

Though coal is the biggest absolute source of fossil fuel emissions, natural gas and oil are growing their shares. Coal has actually been on the decline since 2012, but natural gas use is surging. In the Environmental Research Letters paper, researchers credit the rise to the advent of liquefied natural gas, a technique that makes it easier to export the fuel since you don’t need pipelines. And this shift isn’t necessarily a good thing.

Natural gas does release fewer emissions than coal, but despite its somewhat green reputation it only benefits the planet when it replaces more polluting energy sources. And that’s not generally the case. “Most of the growth in natural gas isn’t replacing coal, it’s providing new materials and energy,” says Jackson. “The same is true for renewables … In most places, wind and solar are providing new electricity—they aren’t removing fossil fuels from our energy grid.”

Last week’s UN report came to the same conclusion, stating that in order to reduce emissions we need renewables to replace fossil fuels, not just add to them. While many countries are moving to promote renewables and energy efficiency, the report points out that few are taking action to restrict fossil fuel production. To halt warming at 1.5ºC, we need to replace at least 80 percent of energy production with no- or low-carbon sources by 2050. Right now, major fossil fuel-producing countries’ energy plans indicate that they’ve committed to burning 120 percent more fossil fuels by 2030 than the planet can handle without warming over that 1.5ºC threshold.

If there’s any silver lining in the findings, Jackson says it’s the decline of coal. The fuel seems to have peaked in 2012 and since been slowing down. His team predicts a global decline of 0.9 percent in coal use in 2019, and the US and EU are each dropping their coal production by about 10 percent this year. “The transition away from coal around the world will help solve the climate problem and save hundreds of thousands of lives a year,” says Jackson. “I hope [coal is] declining for good now.”

Jackson says that while important gains have been made in energy technology and policy, transportation remains “the harder nut to crack.” In the US, there’s about one car per person, compared to one for every six people in China and one per 40 people in India. That’s a lot of oil burned for gas, since less than 1 percent of vehicles globally are electric. But Jackson notes that countries need better public and alternative modes of transportation to truly transform these emissions, instead of just improving fuel economy in cars.

It’s also important to remember that climate action benefits us in other ways, too. The transition away from coal in the US has led to the creation of about 100 thousand jobs a year, Jackson says. And that’s not all. “Green energy saves lives from air pollution, it makes our businesses more efficient,” he says. “there are many reasons to support climate action beyond the environment.”