Even with international protections, the Galápagos Islands are becoming more vulnerable to humans

A recent diesel spill renews concerns about industry and tourism in one of the world’s most storied ecosystems. 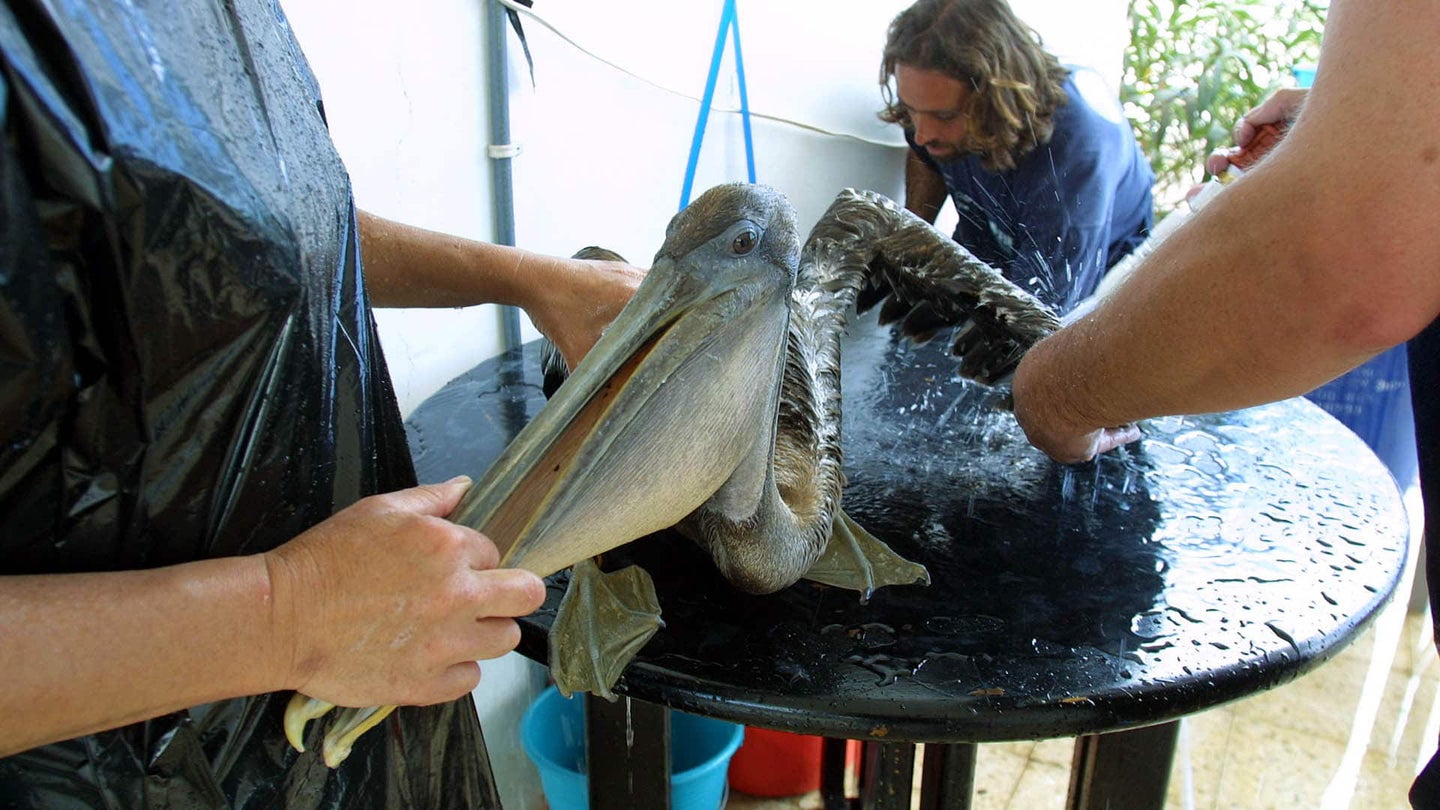 Raj Tawney is an essayist and journalist in New York, covering big business’ impact on our culture.

This op-ed originally featured on Undark.

On Sunday, December 22, 2019, a barge holding 600 gallons of diesel fuel overturned after being struck by a crane and descended into the waters off the coast of San Cristóbal Island, one of the 19 Galápagos Islands off the coast of Ecuador. Although it’s unclear how much fuel leaked, the Galápagos National Park Service and Ecuador’s Coast Guard instantly began efforts to clean up the environmentally delicate area, sharing photos on Twitter of their swift response. Raúl Ledesma, Ecuador’s Minister of Environment, reposter the National Park Service’s photos, further stating that immediate actions were being taken to reduce environmental risks. By that Monday, Ecuador’s president, Lenín Moreno, tweeted that the situation was under control. Nevertheless, the accident renews concerns that excessive human development and industrial imposition are taking a toll on one of the world’s most storied and fragile ecosystems.

The Galápagos Islands are home to some of the world’s most unique species, attracting researchers and observers from all over the globe. Discovered by humans in the 16th century, when a Spanish ship happened upon it after having drifted off course en route to Peru, the archipelago famously inspired Charles Darwin’s theory of evolution by natural selection. In 1978, it was declared a protected Unesco World Heritage Site. Among its rare and exclusive wildlife are giant tortoises, marine iguanas, penguins, finches, crakes, and species of mice found nowhere else in the world. And of course there is the blue-footed booby—a favorite of Darwin’s—which has declined significantly in population over the past 20 years as one of its main prey, sardines, have diminished.

Ever since humans set foot there nearly 500 years ago, efforts to study and preserve the Galápagos Islands have been met with attempts to exploit and profit from them too. Due to their location near trade routes, the islands almost immediately became a haven for pirates looking to attack merchant ships traveling to and from the Spanish Empire. Whalers also flocked to the islands’ shores, a breeding ground for sperm whales, when merchants realized in the 18th century that blubber could profitably be converted to fuel.

More recently, the Galápagos Islands’ historical significance, biodiversity, picturesque landscapes, and affordable airfare have made it a tourist destination, attracting more than 275,000 visitors annually. Tourism adds tens of millions of dollars to the local economy and employs a significant portion of the islands’ more than 25,000 residents, many of whom work at the more than 300 hotels spread throughout the islands.

Scientists have warned that the trail of human visitors could hurt the islands’ delicate natural habitats. Since the inception of colonization and the rise of tourism, more than 1,700 invasive species, including former farm animals left behind by colonizers, have infiltrated the Galápagos’ ecosystems. By the late 1990s more than 100,000 feral goats roamed free on Isabela and other islands, eating so much vegetation that they nearly drove the giant tortoise to extinction. The crisis prompted the Ecuadorian government and the Charles Darwin Foundation to eradicate the goat population through designated aerial hunting, allowing the dead carcasses to decompose and return nutrients to the land.

Another threat is the islands’ location along heavily trafficked shipping routes. In 2001, an oil tanker ran aground a half mile from San Cristóbal Island, spilling almost 800,000 gallons of diesel and bunker fuel and killing sea lions, pelicans, and boobies as a result. Although it was considered a low-level spill, the incident proved so severe that the Ecuadorian government declared a national emergency. Within a year, the spill had caused the island’s native iguana population to fall by 62 percent—from 25,000 to 10,000—according to a Princeton University study. The researchers determined that the iguanas died of starvation, after the oil killed beneficial microorganisms that lived inside their guts.

In 2005, the International Maritime Organization declared the Galápagos Islands a Particularly Sensitive Sea Area, a designation that affords the area special safeguards from vessel traffic. But those measures have failed to extinguish the threat posed by shipping. In 2014, a freighter carrying over 15,000 gallons of diesel fuel and several tons of cargo collided with San Cristóbal Island’s rocky coast. Although no leakage into the waters was reported, the Ecuadorian government took the matter seriously enough to declare a state of emergency. Now, with last month’s oil spill, history has repeated itself yet again. Officials have launched an investigation to determine how the recent spill happened. The accident was small by most measures, but the possibility of a future, larger-scale disaster remains.

Between industrial hazards and the encroachment of tourists, what will become of the Galápagos Islands’ vulnerable habitats? Decreasing our dependence on oil and transitioning to alternative, low-carbon energy solutions would be one step toward protecting the islands from human interference. And although tourism dollars are vital to the Galápagos’ National Park Service and the Ecuadorian government has attempted to limit the number of visitors in recent years, even stricter travel limitations may be called for. After all, the Galápagos Islands’ most threatening invasive species may well be us.