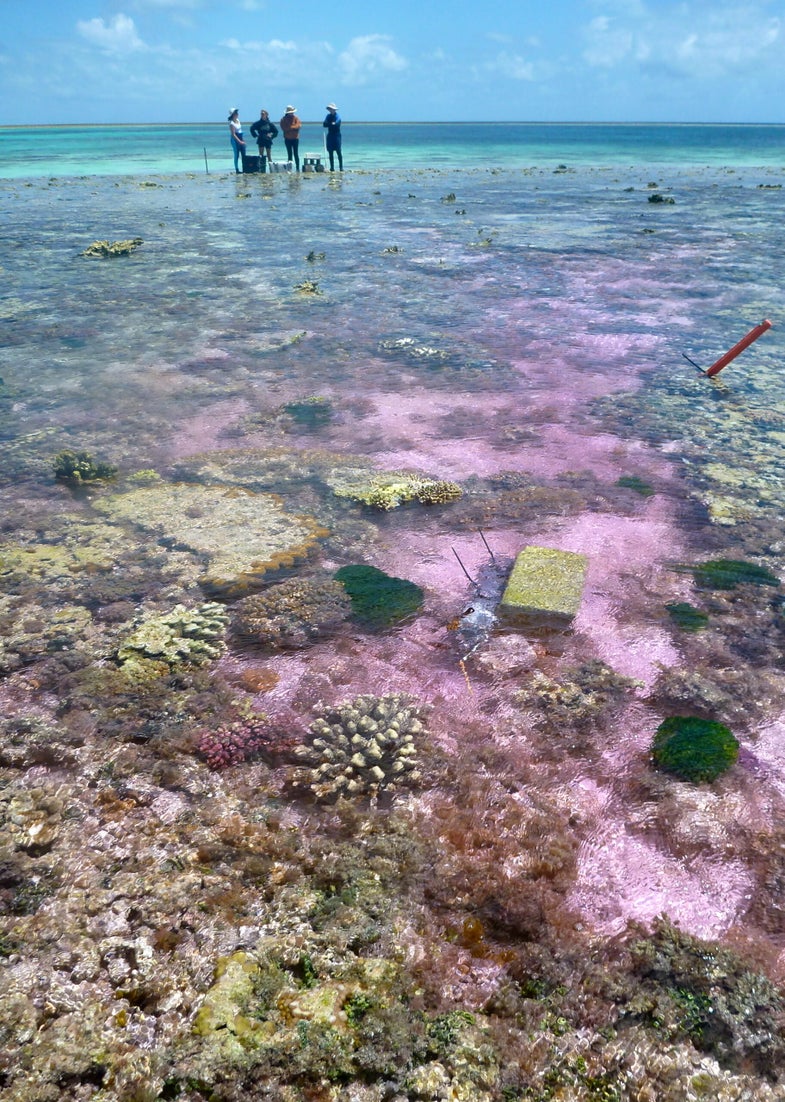 The pink dye was used to trace the movement of seawater over the isolated reef. Rebecca Albright
SHARE

The industrial revolution brought more jobs, more class mobility, and unfortunately, more pollution. Since the mid-1800’s, factories have belched smoke into the atmosphere, emissions that were swiftly joined by contributions from trains, planes, and automobiles as technological progress sped on. All of that soot and gas had to go somewhere, and it did, coating buildings and statues and lungs. Some traveled into the air, and some made its way to the oceans.

Ocean acidification is harming another group of animals, stunting the growth of coral reefs, which are already under threat from warming oceans.

To show definitively that ocean acidification was negatively impacting coral reefs, researchers turned back the clock. In a study published today in Nature, researchers led by Rebecca Albright and Ken Calderia showed that by changing the chemistry of the seawater flowing over a shallow reef back to pre-industrial conditions, they could encourage the corals to grow more.

For 22 days, the group pumped water with pink dye over a section of the Great Barrier reef that was separated from the rest of the ocean at low tide, creating a natural laboratory. For 15 days, they also added an alkaline solution, making the ocean waters less acidic, or more like they were a few hundred years ago. When the water was less acidic, the corals grew more, showing that ocean acidification has been contributing to the slowed coral growth researchers had been observing for decades.

This seems like fantastic news for coral reefs. All we have to do is dump a ton of alkaline material into water near damaged reefs, and everything will be totally fine, right? Unfortunately, no. The world just doesn’t have the resources to change and then maintain the ideal chemistry of seawater around coral reefs for an indefinite amount of time. This method is a quick fix, but actually protecting coral reefs will require a much more long-term solution.

“The only real, lasting way to protect coral reefs is to make deep cuts in our carbon dioxide emissions,” Caldeira said. “If we don’t take action on this issue very rapidly, coral reefs—and everything that depends on them, including both wildlife and local communities—will not survive into the next century.”

The prediction might seem dire, but it isn’t without precedent. Ocean acidification can also happen under natural causes, when volcanoes and their gaseous emissions stand in for factories. 250 million years ago, a series of volcanic eruptions caused a massive ocean acidification event, leading to the argest mass extinction ever to be seen on Earth. 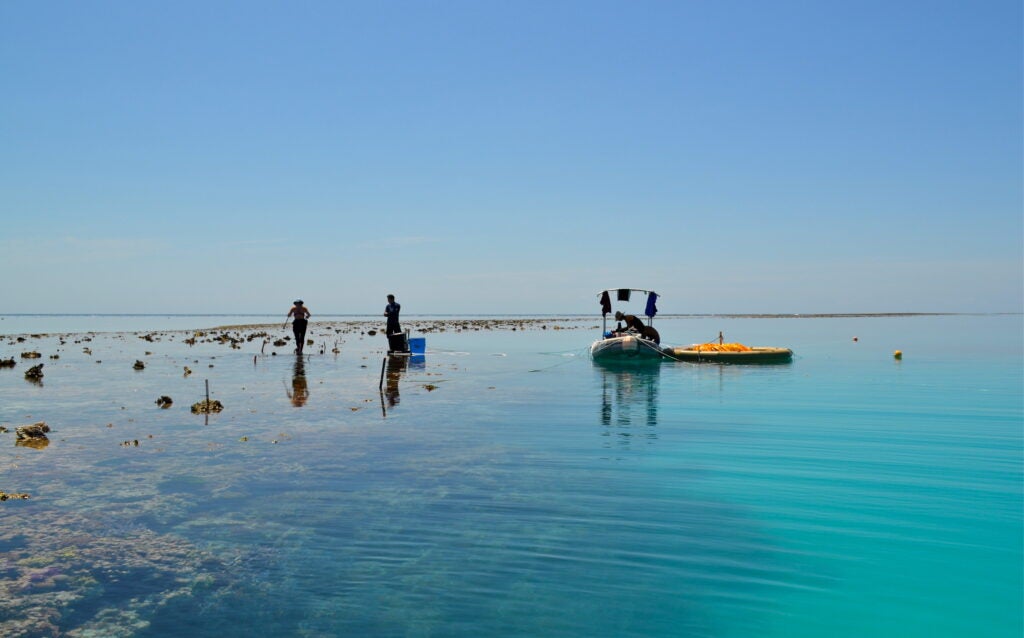 The researchers pumped seawater laced with sodium hydroxide across a lagoon for an hour each day for 15 days when the lagoon was cut off from the rest of the ocean by low tide. 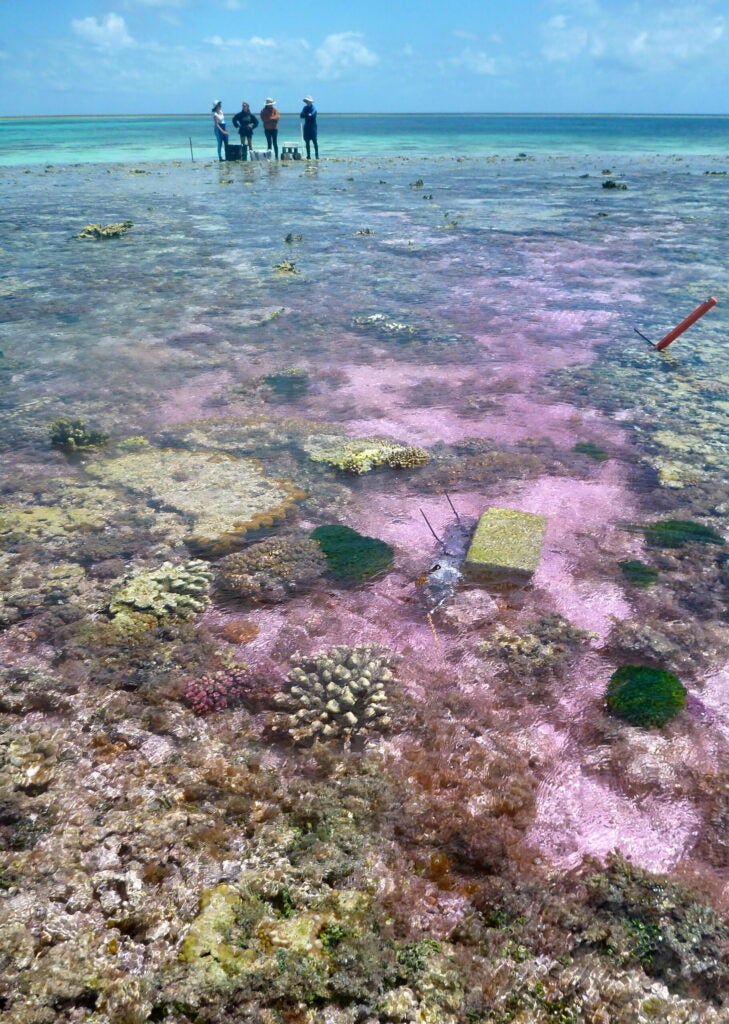 The pink dye was used to trace the movement of seawater over the isolated reef. 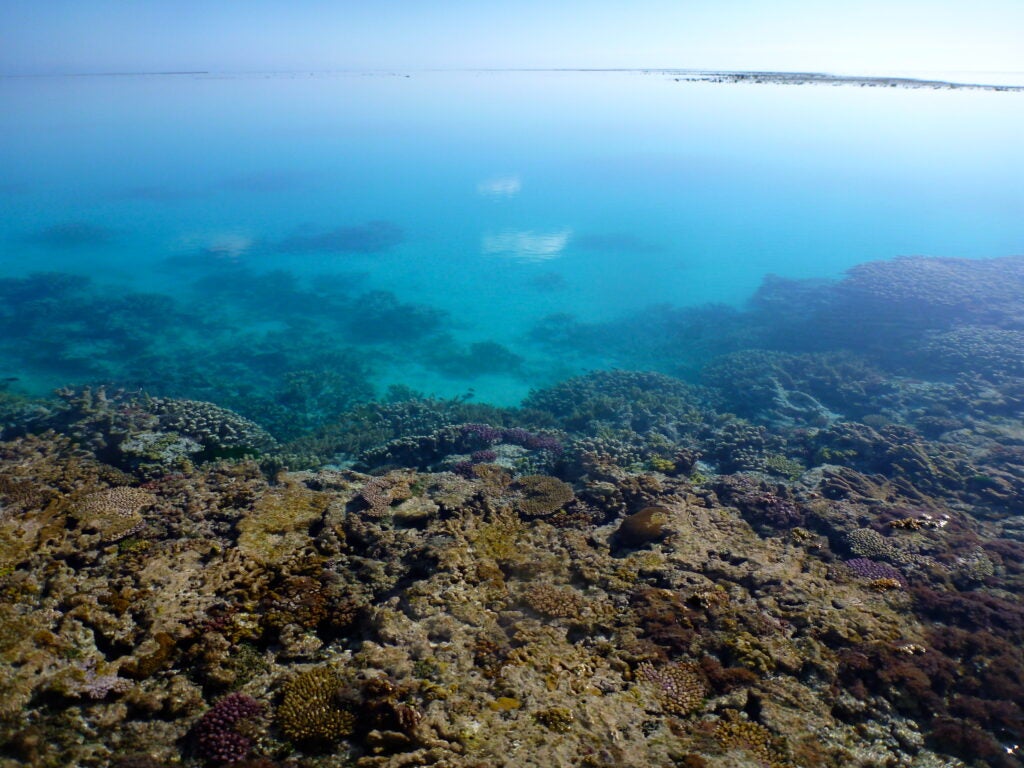 The results showed that under the less acidic conditions, the coral in the reef grew more. 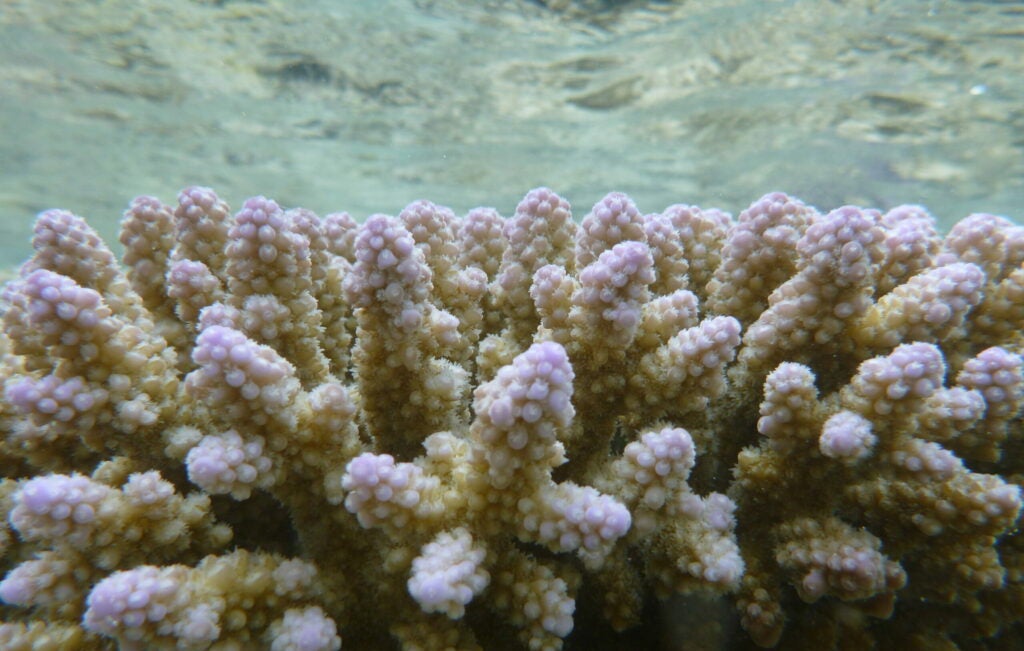 Healthy coral at the reef. 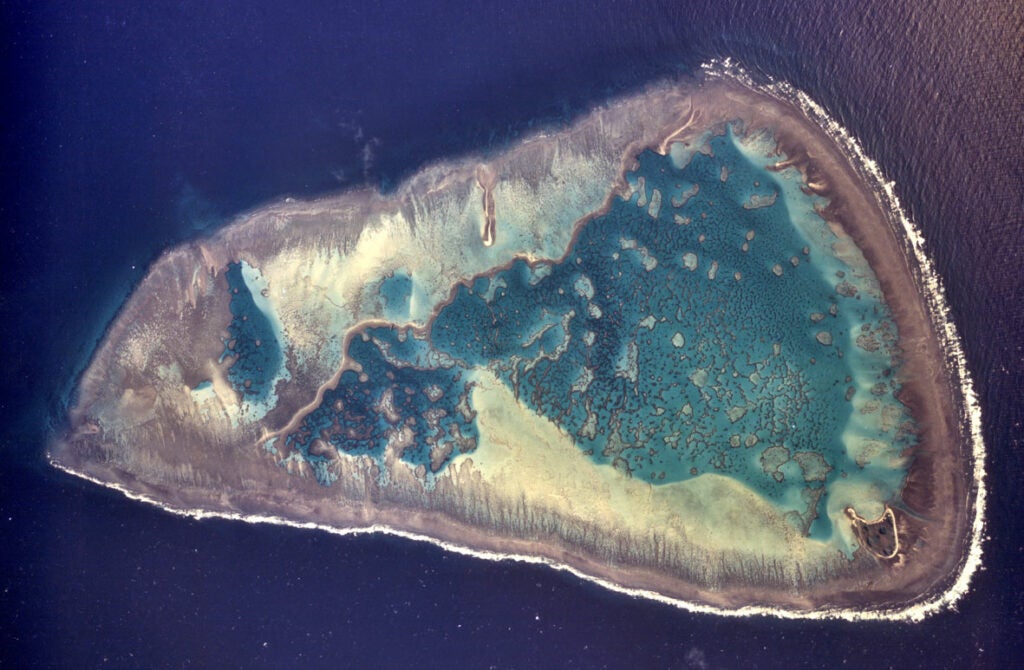 This island was the site of the ocean acidification experiments. 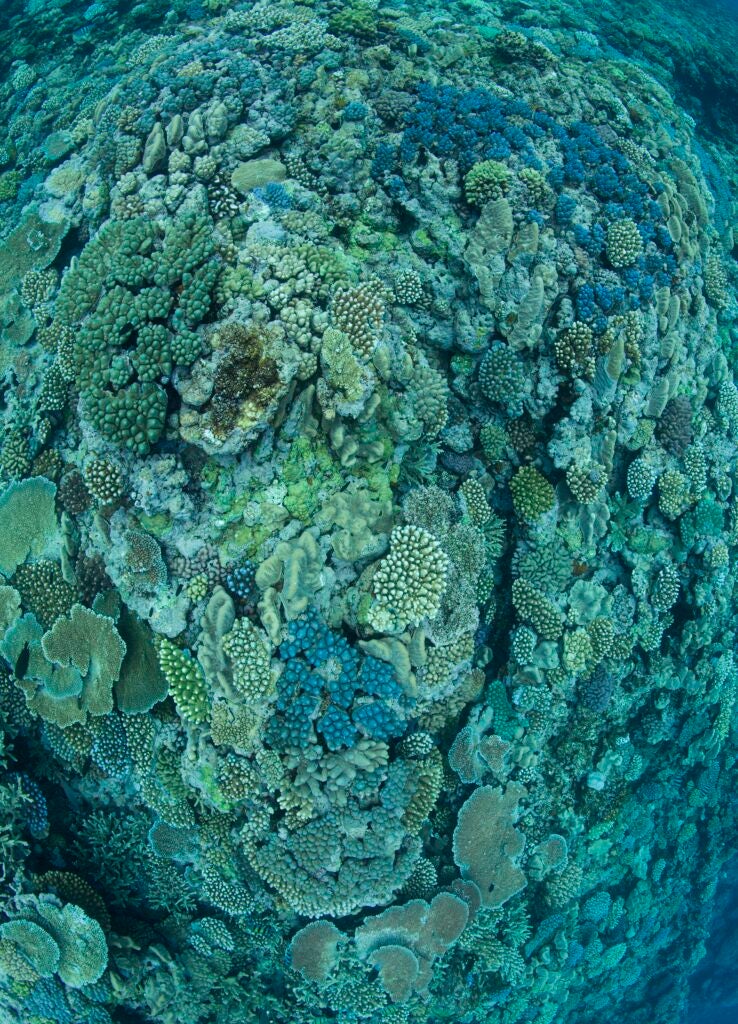