Your efforts to save water are actually making a difference

Finally, a bit of good news. 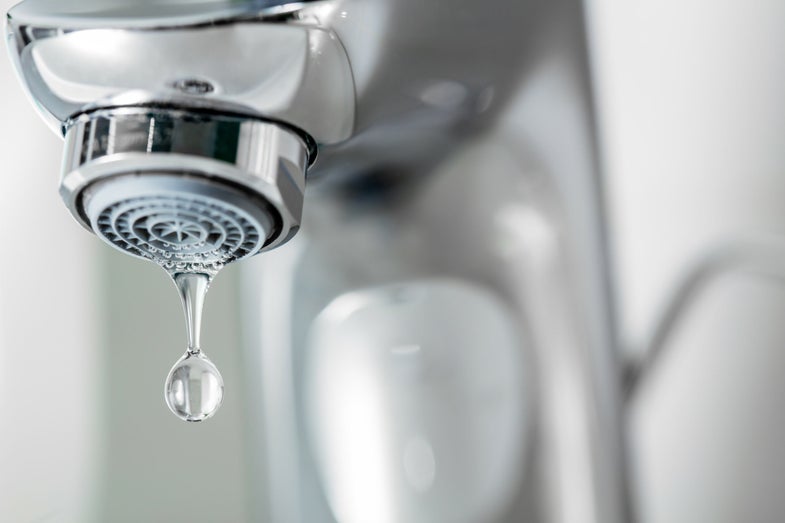 Water is essential for life, but we’re not always the best at keeping our water supply safe. However, a new study from the United States Geological Survey shows water use across the country dropped between 2010 and 2015, even though the population rose by four percent in that time. Significantly, average water use by individuals across the country also fell, following a pattern that’s been continuous since the early 2000s. That means that your low-flush toilet is actually helping conserve fresh water.

Such efforts have a real effect on how much H2O is used by the public supply, the third-largest water consumer in the United States, says University of Arizona water scientists Susanna Eden, who was not involved in the study. “It’s very important to become more efficient and to become more protective of our water supply,” Eden says, and small-scale efforts like low-flow toilets, efficient washing machines, and landscaping that doesn’t require outside water all have an impact.

“The declines in public supply were consistent with the declines from 2000 to 2010,” says report author Cheryl Dieter of the USGS. The national average per capita usage fell by six gallons per capita per day, from 88 gallons in 2010 to 82 in 2015. These levels are down significantly from 100 GPCD in 2005.

But there are two much, much bigger users of water in the United States: thermoelectric power and crop irrigation. The story with these two is a bit more mixed.

Thermoelectric power fell from historic levels, too—by 18 percent since 2010, according to the report. The level it’s at now—133 billion gallons per day—is the lowest it’s been since 1970. Increased efficiency in newer thermoelectric plants is a big part of this, says Eden, though thermoelectric power remains the largest user of water in the United States.

Irrigation withdrawals, however, were two percent higher than in 2010, at 118 billion gallons per day. Unsurprisingly, the biggest consumer of water for irrigation was California, which is the state that uses the most water across the United States overall. The droughts that California suffered in those years may have been part of the reason for the drop in national water consumption, Dieter says: though the state turned to groundwater because of the lack of surface water for applications like irrigation, the traditionally water-hungry state did mandate moisture-saving measures.

In total, those three uses account for 90 percent of U.S. water use, Dieter says. So it’s important to understand these three guzzlers. Between 1995 and 2015, the USGS study didn’t include estimates for irrigation and thermoelectric power’s “consumptive use,” or water that’s used up—lost as steam, or drunk up by vegetables. “Over the last several years we’ve worked to develop methods that allow us to consistently estimate consumptive use,” Dieter says.

The study is the fourteenth in a series of USGS water use studies conducted every five years since 1950 with data from around the country. Since 1985, the studies have included data at the county level. “They are really the only source of national-scale data on water use,” says Eden. That data informs policy-making at all levels of government and also provides the public and researchers with information, she says.

The 2015 report comes with an interactive map showing visualizations of the data it contains, which Dieter says are intended to give members of the public new ways to see the information without diving too deep into the numbers.

Paying attention to water consumption is more important than ever before, as climate change threatens the world water supply and our population continues to grow. This report shows that switching your lawn for a rain garden of local plants might help just a little bit, and points to the industries we should be pushing for bigger change.