These gems are rare bits of Earth’s recycling. 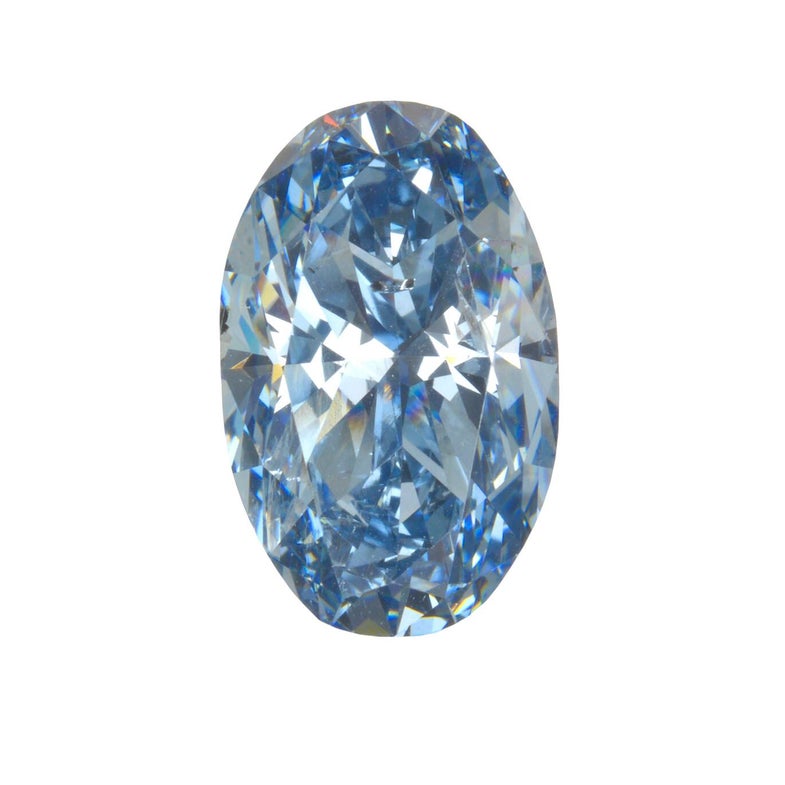 The origin of blue diamonds—some of the scarcest stones in the world—has eluded scientists for centuries. But now, some of the secrets of these ancient gemstones are coming to the surface.

After studying minute bits of mineral trapped within the glimmering prisms, scientists discovered blue diamonds form much deeper down than previously estimated. Most diamonds come from about 100 miles below the earth’s surface, and are thought to be funneled back up by volcanic eruptions. But these sea-colored stones are a different diamond altogether, forming more than four times deeper, according to findings from a recent study published in the journal Nature.

“We now have a snapshot of the birthplace of this diamond,” says Evan Smith, a research scientist at the Gemological Institute of America and lead author of the study. “We were finding minerals trapped inside that you only get in the extreme depths of Earth. They’re the deepest diamonds anyone has ever analyzed.”

Studying blue diamonds in general isn’t easy. First of all, they’re extremely rare. Billions of years old, blue diamonds comprise less than 0.02 percent of the world’s mined diamonds. They’re also very expensive. The Hope Diamond—the largest and arguably most famous of all the blue gems—is worth around $350 million. Even for researchers like Smith, who study precious jewels for a living, have a hard time getting their hands on them. He says the most valued ones are more likely to “end up in a multimillion dollar piece of jewelry rather than a laboratory.”

Over two years, Smith’s team was able to study 46 blue diamonds that passed through the gemological institute for grading, all of which harbored minerals only found in the earth’s mantle. But Smith says what makes the finding so significant isn’t just how far down the diamonds form. Boron is what makes blue diamonds blue (most diamonds are composed strictly of carbon), however, boron is found predominantly in the earth’s surface. So how exactly did boron get buried so deep?

“The kind of rocks we’re seeing represented in these mineral inclusions are ocean rocks,” he says. “Boron could have easily hitched a ride on sinking ocean tectonic plates all the way down to the lower mantle. Then that boron was inherited by these blue diamonds.”

The earth recycles rocks through a process called subduction, which is when a tectonic plate slides beneath another, sinking into the mantle layer where it melts—this collision of tectonic plates is what causes earthquakes, and sometimes tsunamis. Since boron is abundant in seawater, Smith says hydrous minerals could be carrying stores of the blue-bearing element deep, deep down where it’s eventually captured by diamonds as they form.

“If this idea is true and boron is coming down from surface, it’s probably making this journey along with ocean water,” he says. “There doesn’t seem to be any other place where it could be coming from besides the surface of the earth.”