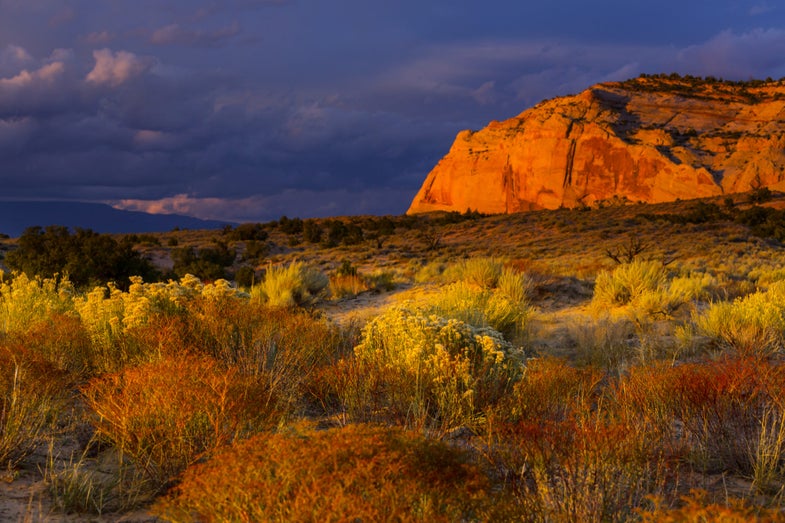 It’s been a rough week in conservation headlines (new Living Planet report, anyone?). Now, new commentary from an international team of researchers adds to the pile. Published in Nature, the article examines the results of two studies that the team undertook in 2016 and 2017, surveying the globe’s untouched regions—the last wildernesses. The good news, though, is that while we face dire problems, we do still have a chance to solve them.

What this new paper’s authors found during their studies paints a grim picture: 77 percent of Earth’s landmass and 87 percent of the oceans have been changed somehow by human activities. “In the ocean, areas that are free of industrial fishing, pollution, and shipping are almost completely confined to the polar regions,” they write. On land, vast swaths of space are devoted to human purposes, from city-building to resource extraction.

“There’s this idea that wilderness is extensive and it’s kind of remote from humans,” says study author Oscar Venter of the University of Northern British Columbia. But their studies showed that’s not the case—the majority of the planet has been influenced by humans to a degree that’s disrupted natural ecosystems.

This might sound awful—and it is undeniably a huge deal, from a conservation perspective. But by identifying the places where wilderness remains, the authors hope to raise awareness of “the last of the wild” and the need to protect it. Endangered species, sustainable development, and climate change are all governed by international treaties—which means someone is looking after them, even if countries don’t always listen to things like the Paris Accords or meet the goals they agree to. But there’s no such international governance for wilderness, Venter says.

The paper’s authors argue the remaining 13 percent of the ocean and 23 percent of the land hold some of the keys to biodiversity’s future. “Wilderness areas are now the only places that contain mixes of species at near-natural levels of abundance,” they write. “They are also the only areas supporting the ecological processes that sustain biodiversity over evolutionary timescales. As such, they are important reservoirs of genetic information, and act as reference areas for efforts to re-wild degraded land and seascapes.”

They’re also irreplaceable. “You can’t rebuild wilderness,” says Venter. “These are ecosystems that have been evolving for thousands of years.”

Conserving the last of the wild is important, says IUCN member Stephen Woodley, who was not involved in the study, but “it’s not the only thing that we have to do.” He points to the IUCN’s Key Biodiversity Areas initiative, which sets standards for areas that deserve conservation priority. The last of the wild fits under one of those criteria—intact areas. Of course, there are a number of others outlining valuable biodiversity hot spots.

“What we’re arguing here is that we need to bring [wilderness] alongside these other values,” says Venter. “There is nothing to hold nations, industry, society or communities to account for long-term conservation,” study author James Allan said in a press release from the University of Queensland. “We need the immediate establishment of bold wilderness targets.”

Of course, while these wilderness areas are of international importance, they’re governed by the policies of the countries they’re within. Canada, Russia, and Brazil are all examples of countries that still have a lot of wilderness left, Venter says. Their politics are thus important for the world to watch. Brazil, for instance, is home to more than 70 percent of the Amazon, and its newly elected president has said he will work to end protections in the rainforest.

“Policy responds to what the public wants,” says Venter. Anything citizens of those countries can do to value wilderness areas and raise their profiles is important. “These are dark times, no question about that,” says Woodley. “They’re dark from a governance perspective.” Still, he says, there are tens of thousands of people committed to working on conservation, and all the recent bad news has helped raise public awareness. “We can do good things together, I think,” he says.

This new commentary comes out ahead of the UN Biodiversity Conference happening in Egypt next month—something Venter says was intentional. The authors want to put wilderness areas on the map at the talks, where they’ll be looking at the next round of conservation goals, he says.