Everything you should know about methane as regulations loosen

The Trump administration is rolling back regulations on the natural gas. 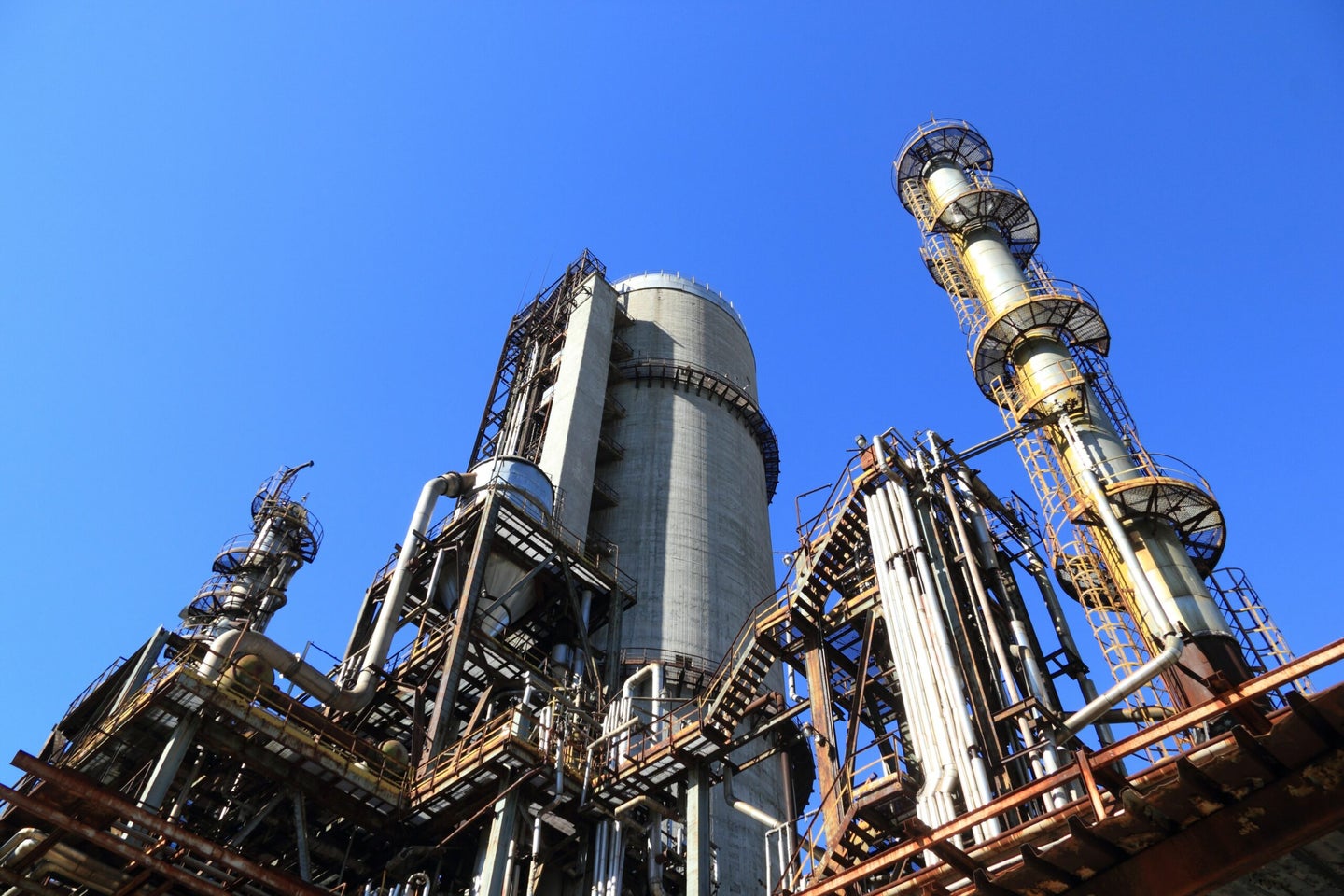 Last week, the Trump administration announced its plan to roll back regulations on methane, a potent greenhouse gas. The changes would remove requirements for oil and gas companies to capture leaks of methane that escape during extraction, transportation, and storage of the gas. The proposed changes might also loosen fossil fuel industry-derived methane’s current designation as a pollutant, perhaps making it easier to release more of it.

Since carbon dioxide tends to hog the spotlight as the climate change villain (with good reason), it might be hard to see why these regulatory changes matter. But methane is not far behind CO2 in its contribution to global warming, and slashing emissions of the gas are an important opportunity to slow rising temperatures. Here’s a little more about this molecule.

Methane is a clear and odorless gas made up of a carbon atom and four hydrogen atoms—CH4. It’s flammable and the main component of the natural gas used in stoves, heating, and energy generation. In the presence of oxygen, it combusts into CO2 and water. Compared to coal and oil, natural gas is a relatively “clean” fossil fuel—emphasis on “relatively”—because it releases fewer pollutants into the air.

But methane is also a powerful greenhouse gas. In a 100-year time span, methane traps about 28 times more heat than CO2. The gas is short-lived though, lasting about nine years before turning into to CO2, water, and ozone via chemical reactions. And ozone is a concerning pollutant when its found in the lower atmosphere, where it can cause respiratory illness in humans and even harm crops.

Global methane emissions come from both nature and a variety of human activities. Wetlands, especially tropical wetlands, are a major source of the natural emissions; microbes dwelling in these low-oxygen environments produce the gas. But humans still contribute about 60 percent of total methane emissions, and we’ve increased the amount of the gas in the atmosphere by two and a half times since the Industrial Revolution.

The bulk of human-caused methane, about 56 percent, comes from livestock, rice cultivation, and waste. In livestock production, animals’ manure and cow burps release methane into the atmosphere. Rice is grown in flooded fields, which—like natural wetlands—give off methane from microbial activity. And when yard and food waste decompose in the anaerobic conditions of a landfill, that process also creates methane.

Most of the remainder of human-caused methane, around 35 percent, comes from the fossil fuel industry. Methane can spill out from coal mines or waft from oil and gas wells. Plus, producing, storing and moving natural gas inevitably leads to leaks from pipelines and other facilities. “All along that pathway, there’s leakage taking place,” says Benjamin Poulter, NASA research scientist and member of a team of scientists tracking global methane sources and sinks. A small portion of methane in the atmosphere also comes from fire, including wildfires, burning wood for stoves and heat, and igniting agricultural wastes.

Meanwhile, natural gas production is growing. The process of hydraulic fracturing, or fracking, has led to the ability to extract gas from deep in rock deposits. Since 2005, natural gas production through fracking has increased 14-fold. Not only is this boom in production potentially leaking more methane into the atmosphere, fracking also threatens groundwater through the chemicals it uses to extract gas, and is linked to a sudden rise in earthquakes in the Midwest.

Should we use methane as a bridge to greener energy sources?

Large oil and gas companies have actually voiced opposition to deregulating methane. “When used in electricity generation, natural gas has less than half the CO2 emissions of coal, and it also can be a vital backup to renewables,” wrote Susan Dio, chairman and president of BP America, in a Houston Chronicle op-ed. “But to maximize the climate benefits of gas—and meet the dual challenge of producing more energy with fewer emissions—we need to address its Achilles’ heel and eliminate methane emissions.”

Because natural gas pollutes less than other fossil fuels, it’s been held up as a sort of energy bridge by industry leaders, a way to smooth the transition to renewables like wind and solar. It’s also in the industry’s best interest to prevent and patch leaks, since lost gas equals lost profits, adds Poulter.

Still, methane emissions have had a troubling spike in recent years, and the cause remains unknown. Since 2014, the emission rate has been double that of pre-2007 levels. Because methane comes from so many sources, it’s hard to tell if the culprit is fossil fuels, increases in cattle production, wetlands—or some combination of the three. One recent study considered the weights of different types of carbon in the atmosphere, or isotopes, and suggested that fracking might be to blame. The authors write: “Given our finding that natural gas (both shale gas and conventional gas) is responsible for much of the recent increases in methane emissions, we suggest that the best strategy is to move as quickly as possible away from natural gas, reducing both carbon dioxide and methane emissions.”

But there’s still a lot of uncertainty. For one, cattle numbers—and thus methane burps—are on the rise, too. “When you look at the statistics for livestock populations over the last decade, the increase is significant,” says Poulter. And emissions from agriculture and wetlands have a similar chemical signature in the atmosphere, making it hard to tell where methane is coming from.

What is certain, though, is that cutting methane emissions is important to slowing climate change. That’s why some scientists have even proposed using machines to speed up its conversion to carbon dioxide. In its short life, methane can really heat things up. Leaky oil and gas facilities pose a challenge to averting a climate crisis, and loosening regulations could allow for more methane to escape.