There are some mouthy new kids in the neighborhood. 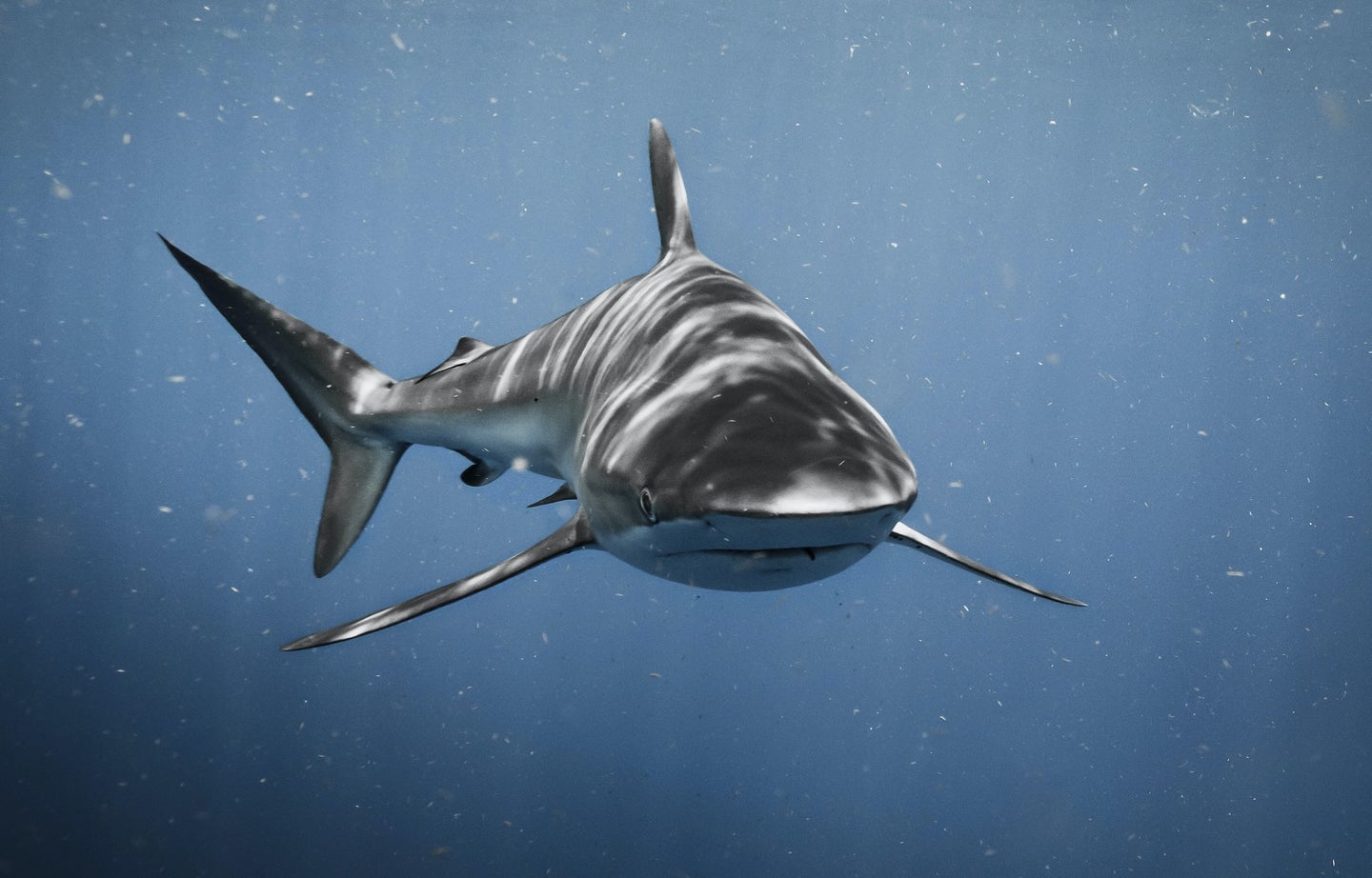 It’s hard to think of beachgoing season without our minds jumping to sharks. The predators tap our curiosity, fill movie theaters, and (whether it’s founded or not) stir fear of attacks. Our mere presence, new research hints, may be influencing their behavior in ways we didn’t predict. A study published earlier this month in the journal Marine Ecology Progress Series has shown that cities may be drawing sharks closer to our shorelines.

Researchers at the University of Miami and collaborators tracked the movement of three species—great hammerheads, bull sharks, and nurse sharks—in and around Florida’s Biscayne Bay between 2015 and 2019. Stressors on the region, including pollution from power plants and boat traffic, led the team to assume that the ocean predators would shy from the area, especially during periods when crowds descended. But the human presence may be having the opposite effect.

Terrestrial creatures like black bears, bobcats, and coyotes tend to shy from cities—especially during the day—and the authors assumed sharks would be no different. “Few studies have investigated the movements of ocean predators in relation to urbanization, but since other studies have shown that land predators are urban avoiders, we expected sharks to be too,” said Neil Hammerschlag, lead author and director of the University of Miami Shark Research and Conservation Program, in a statement.

Based on acoustic trackers the team placed on 36 great hammerheads, 24 bull sharks, and 27 nurse sharks, the scientists saw that the species were actually “urban adapters”—a.k.a., ones that prefer to hang out in and around cities now. Of the tagged animals, 14 hammerheads, 13 bulls, and 25 nurses were seen hanging out in the Miami area close to shore. The greatest density of sightings was in the northern end of the bay closer to hotspots like South Beach and the Seaquarium.

[Related: Why we can’t stop searching for the megalodon]

A trio of causes may be contributing to this unexpected result. First, the sharks might be attracted to nutrient runoff from canal outflows and sewer discharge into the Biscayne Bay. Second, they could be scavenging for grub: Fishers tend to discard carcasses when they return to marinas, luring hungry predators in the process. Refuse and fish parts tossed by staff at the Seaquarium have anecdotally been known to draw in snacking sharks.

The authors also note that a range of other factors—including salinity, depth, nutrient density, and oxygenation—also influence where sharks like to hang out.

It’s important to remember, though, that this behavioral change is worse for the sharks than it is for people.

Shark attacks are rarer than Hollywood would have us believe. The predators kill only about five people a year, and, in 2020, sharks non-fatally nibbled on 57 people. Surfers, swimmers, and divers experienced the majority of unprovoked attacks; the highest geographical concentration in the US, however, was in fact Florida, with 16 incidents.

[Related: How to fight off a shark]

Meanwhile, for marine life, swimming closer to urban areas has its own risks. Sharks searching for food closer to marinas and population centers often end up in spots with crummier water quality and pollutants. The Biscayne Bay is particularly bad in those regards. A 2021 analysis through the city of Miami found that water samples from high-traffic areas were as much 66 percent below acceptable contamination levels for recreational use at the time.

Still, the study authors note that their tracking does help isolate areas where swimmers may be at greater risk for shark encounters. The data traced a greater density of sharks hanging out at the northern end of the bay, a zone where swimmers have been bitten in the past. Understanding how our own activities might invite those ruins is an important facet to prevention—and in teaching us how to share the shore with wildlife.