Why Hawaii is trying to ban a common sunscreen

It's a coral reef killer 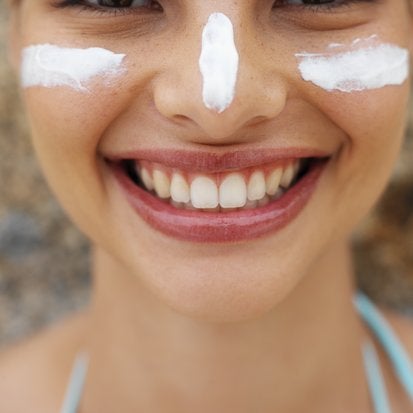 The waters surrounding Hawaii’s eight main islands contain more than 410,000 acres of living coral reefs. If strung together, the reefs would be bigger than Oahu, Hawaii’s third largest island. And because of Hawaii’s geographic isolation, the reefs support unique life. The Hawaiian Monk Seal, the Bandit Angelfish—even some of the types of coral that compose the reef—are found nowhere else on earth. It’s a shame that our sunscreen might be killing them.

The coral concern is caused by oxybenzone, a chemical which absorbs the sun’s UV radiation and gives some (but not all) sunscreens their protective benefit. But oxybenzone might also kill off coral reefs. That’s why earlier this year, Hawaii state senator Will Espero introduced a bill that would ban the sale of sunscreens containing oxybenzone within the state of Hawaii. There’s a reasonably good chance it will pass and become law.

Espero and others came to this conclusion on the strength of a few studies, most recently a 2015 paper in the journal Archives of Environmental Contamination and Toxicology led by Craig Downs, executive director of the Haereticus Environmental Laboratory in Clifford, Virginia. Downs found that oxybenzone is toxic to the symbiotic algae that live within coral. In addition to giving coral their colored appearance, the algae also provide the coral with much needed oxygen and help cart away the coral’s waste. When the algae die off, the corals turn white (referred to as bleaching), which is a dire sign—with less oxygen and more waste, the coral struggles to survive. And perversely, oxybenzone is more toxic to plants when those plants are exposed to sunlight. In other words, the very reason that we wear sunscreen makes our sunscreen uniquely toxic to coral reefs.

Whenever we coat ourselves in sunscreen and hop into an ocean near a reef, Downs’ found, we don’t just risk harming the algae that live inside of coral. The coral themselves are put at risk directly. When coral cells are exposed to oxybenzone, it damages their DNA—causing harmful mutations. It also causes young coral (which, unlike their elders, are still soft and flexible) to harden, essentially trapping them in their own skeletons and killing them. Oxybenzone can kill at least seven different types of coral, and it doesn’t take much to do it: a single drop in 4.3 million gallons of water—six and a half Olympic sized swimming pools—is enough to be deadly. According to Downs, an estimated 6,000 to 14,000 tons of sunscreen lotion are released into coral reef areas each year.

Coral reefs are some of the world’s most productive ecosystems. They form nurseries for roughly a quarter of the world’s fisheries, and more than a billion people depend on reefs for their livelihoods. A 2013 economic review by the National Oceanic Atmospheric Administration (NOAA) found that Hawaii’s coral reefs earned the state more than $356 million dollars annually in tourist revenue alone. When you factor in other benefits, such as fishing… well, it’s no wonder the state is pondering a ban.

Not all sunscreens contain oxybenzone. Chemical sunscreens, which are absorbed into the skin, usually do (sometimes listed as benzophenone-3) and they are the ones that Hawaii is considering banning. They work by absorbing the sun’s rays. Mineral sunscreens, which usually contain titanium dioxide or zinc oxide, work differently—they physically reflect the sun’s rays. The problem is that many mineral sunscreens aren’t as effective as chemical ones. A 2016 analysis by Consumer Reports found that only 26 percent of natural sunscreens met their SPF claims as compared to 58 percent of chemical sunscreens. If you go the mineral route, Consumer Reports only recommends two: CoTZ Plus SPF 58 sunscreen and California Baby Super Sensitive SPF 30+ that at least meet their ‘good’ rating standard.

Sunscreen manufacturers, including L’Oréal, say it’s too early to introduce such a ban based on the strength of a single paper. But there’s more: a 2007 study conducted by researchers at the University of Plymouth and published in the journal Applied and Environmental Microbiology found that sunscreens cause the rapid and complete bleaching of hard corals even at very low concentrations. That reported that the sunscreen killed coral by triggering an ordinarily dormant virus in their symbiotic algae.

Those result were mirrored in a 2008 study, published in the journal Environmental Health Perspective, conducted by researchers from the Polytechnic University of the Marche in Ancona, Italy. The Italian researchers were motivated by earlier studies that found that sunscreen harmed marine bacterioplankton. They found that oxybenzone wasn’t the only ingredient in sunscreen that harmed reefs. Ethylhexylmethoxycinnamate and 4-methylbenzylidene camphor—which like oxybenzone absorb the sun’s rays—and butylparaben, a preservative, all killed coral reefs.

Other places have banned the use of chemical sunscreens specifically near reefs, including Xel-Ha in Cancun’s Riviera Maya. But Hawaii’s ban, if successful, would be unusual for its scale—it would be state wide, across all of the islands, affecting even those who may never set foot in the ocean.

Don’t forget about the bath

But why should people who steer clear of the region’s reefs be barred from using a chemical sunscreen? Because we all take showers. Sunscreen can be carried into marine ecosystems courtesy of our showers and wastewater treatment facilities, which just can’t handle the volume and variety of chemical wastes we pour into the system. The 2015 study found oxybenzone in marine sediments located near wastewater facilities. In other words, our sunscreen can kill coral reefs without us ever setting foot near them.

The concern over coral reefs isn’t the only cause for concern when it comes to chemical sunscreens. Some of the same chemicals that have been shown to harm reefs might also harm human health—because like reefs, we absorb them into our bodies. One study in the International Journal of Andrology detected oxybenzone in 96 percent of the American urine samples it tested, and chemical UV-filters were detected in 85 percent of Swiss breast milk samples.

Oxybenzone has been found to mimic estrogen in cellular studies, while butylparaben, which is present in a host of cosmetics in addition to sunscreen, has been linked to endocrine disruption, which can cause everything from development delays to poor reproductive health. None of these studies are definitive, and the authors themselves call for more research.

So what is an environmentally concerned person who would prefer not to get skin cancer to do? You can try the aforementioned mineral sunscreens: just stick to trusted and tested brands and avoid powdered sunscreens, which can cause health issues if inhaled. There’s also sun protective clothing—companies from Hanes to Coolibar make clothing with UV protection built in, so you don’t have to wear sunscreen. Similarly, the company YESAAM, which originally launched to make swimsuits that provided more coverage for religious women, has also found a following in women recovering from skin cancer or who suffer from sunscreen allergies. Surfers have long found protective coverage in the form of rash guards. And, of course, there’s always a hat or a parasol.