Dolphins beat up octopuses before eating them, and the reason is kind of horrifying

In this food fight you either win or you die 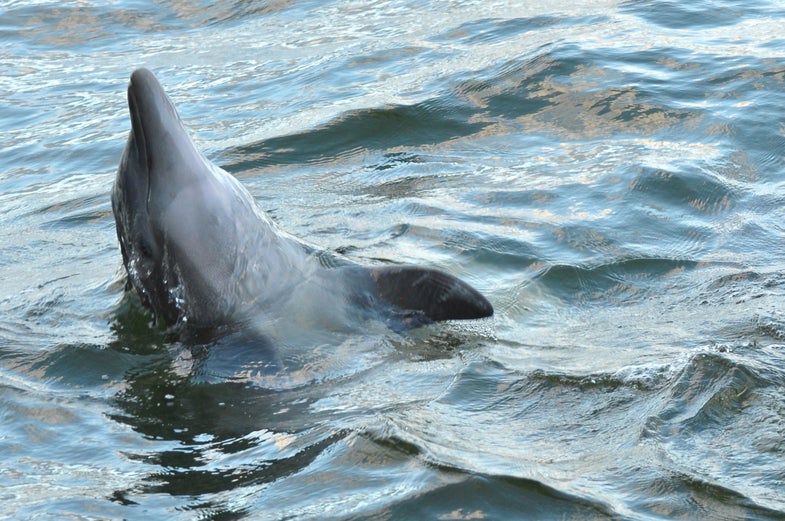 Generally speaking, it’s best if your food doesn’t kill you. This isn’t usually a problem in the animal kingdom, as prey tends to be dead and limp by the time it hits the gullet. But not all creatures are harmless after death: consider the octopus.

Octopus arms remain deadly for a while after they’ve been detached from the head. And we’re not talking just little spasms that might choke you up. The octopus nervous system isn’t centralized the same way ours is, so when you chop off its tentacles you’re not severing all the ties to the brain. Two thirds of its neurons are in the arms, and the octopus uses those neurons to try to escape whatever is trying to eat it. Even after it’s dead. So if you’re a dolphin trying to eat a tasty, slimy octopus for dinner (and who would blame you?), you should definitely incapacitate it first.

Dolphins who don’t properly handle their tentacled meals may end up dead themselves. One male dolphin was found with an octopus head in its stomach but a detached, 1.3 meter-long arm stretching up its throat and out its mouth. Another didn’t even manage to swallow the whole octopus, instead dying with the cephalopod stuck in its mouth. Dinner shouldn’t end with asphyxiation, so dolphins have learned another trick: chuck it around before you chow down.

Marine mammal ecologist Kate Sprogis and her colleagues at the Murdoch University Cetacean Research Unit in Australia spent six years observing dolphins off the coast of Western Australia to figure out what these dolphins were doing. They recently published their findings in the journal Marine Mammal Science.

This isn’t the first example of bottlenose dolphins using clever tricks to eat prey. Sponging, for instance, sounds like something you do to dishes or maybe to a painted canvas, but in the dolphin world it’s a way of foraging for food. Some dolphins stick round sponges onto their noses so they can dig around in the sand for burrowing fish—the sponges protect their snouts from anything too spiny. And bottlenose dolphins also toss fish around to break them up a bit before swallowing. But octopuses? That’s a different story.

Dolphins have two basic tactics here. One is to hold the octopus in their mouths, swim up out of the water, then slam back down to force the octopus’ body apart. The second is for the dolphin to move their head sideways and throw the octopus, essentially achieving the same slamming effect. Their reward for this trick is a high-protein meal, which is apparently worth the energy it takes to fully disarm dinner first. You can see a bit of the behavior here:

This is actually a pretty common tactic in the ocean. Since killer whales prey on large animals like sea lions, beluga whales, stingrays, and even dolphins, they’re known to shake and toss their catches around as well. Seals do the same thing to their smaller prey (and leopard seals do it to other seals’ pups). Crocodiles and alligators have a deeply disturbing “death roll” that they use to fling their prey apart into little pieces.

Humans take a different approach. Sure, some cultures choose to cook their octopus before eating it. But that’s not true everywhere. Koreans eat their cephalopods raw and semi-alive. Sannakji is a way of preparing octopus that involves cutting off the tentacles from a live octopus or even eating a whole (tiny) animal in one go. A handful of people die eating it every year, because the tiny arms are still wiggling and will try to crawl back out of your throat. To avoid death, you’re supposed to chew the pieces enough to disable the lil’ suckers. Or, you know, just don’t eat something that’s actively trying to escape your mouth. Either way.