New regulations in 2021 expanded hunting methods and seasons for wolves, but it appears the wolf population is staying strong. 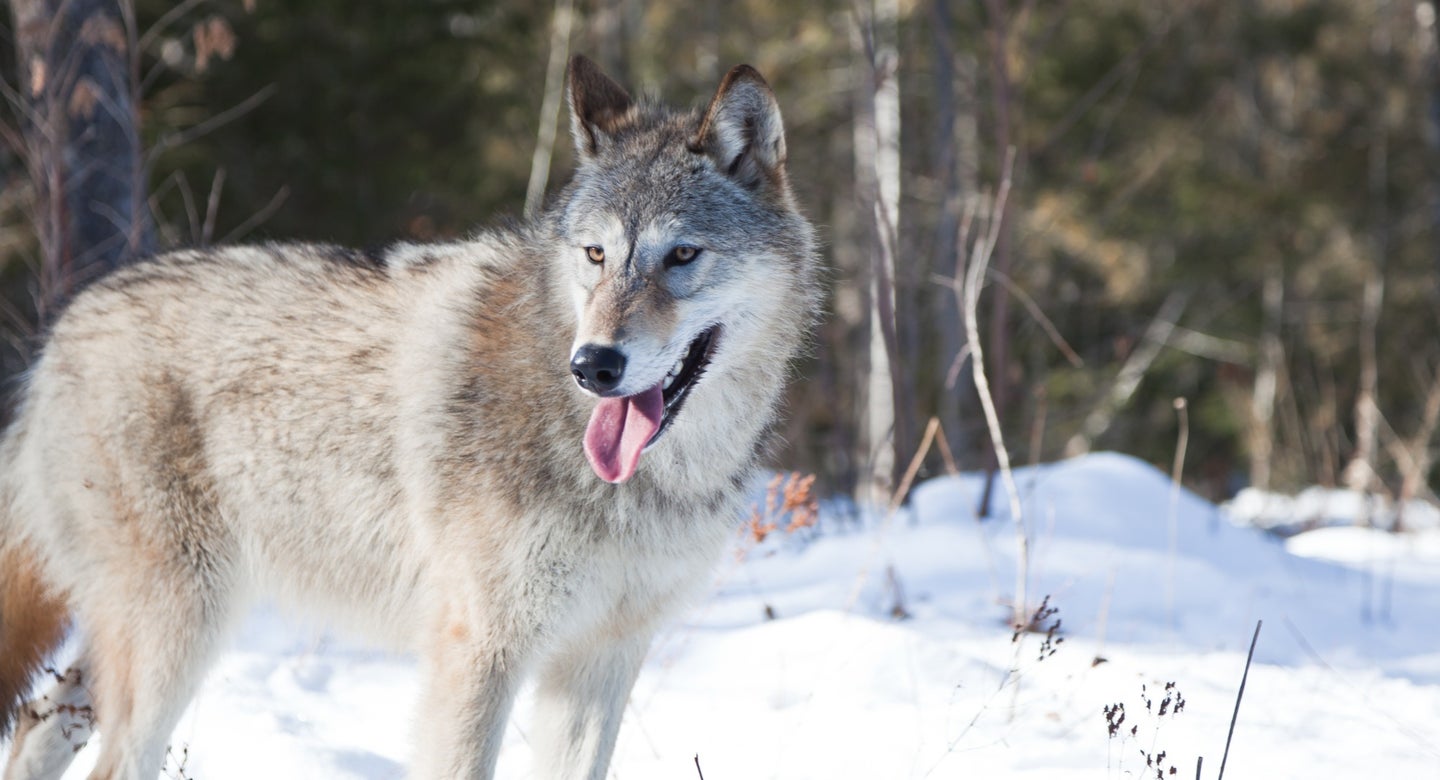 A lone wolf in the snow. Deposit Photos
SHARE

There is some good news for Idaho’s wolf population. Early data shows that numbers appear to be holding steady at around 1,250 wolves, even after a 2021 change in regulations that allowed for expanded seasons for killing wolves (including year-round wolf trapping on private property) and methods of eliminating the predator. These methods include trapping and snaring wolves on a single hunting tag, no restriction on hunting hours, using night-vision equipment with a permit, using bait and dogs, and allowing hunting from motor vehicles.

Official numbers will be available in January 2023, as with previous years.

At a session of Idaho’s Natural Resources Interim Committee last week, the state Department of Fish and Game Director Ed Schriever said the preliminary data on human-caused and natural wolf mortality is similar to the rate seen since 2019 before these new regulations were enacted.

He used a graph to show lawmakers that the western state’s wolf population from 2019 to 2021 fluctuated with a high of more than 1,600 in May 2019 when wolf pups are born down to a low of about 800 in April 2020 as wolves die through natural mortality, hunting or trapping. He said a pattern with similar numbers could be repeated, but the agency won’t have a good estimate for the this year’s wolf population until January 2023.

Following the law’s passage, Idaho wildlife officials also announced the state would make $200,000 available to divide between hunters and trappers who kill wolves in the state as an incentive.

[Related: These states want you to eat more roadkill]

“Those people are very important in the concept of managing the wolf population,” Schriever said, suggesting the reimbursement program could be a key component to target wolves in specific areas of the state. “The reimbursement program may, in fact, be very important in keeping some of these highly skilled people engaged in this for a longer period of time,” he said.

Despite the support for hunting wolves, there was concern the new rules could overshoot and deplete the wolf population. The United States Fish and Wildlife Service could take over the management from the state is the wolf population falls below 150.

These new hunting regulations have not come without pushback by conservation groups, but those efforts have yet to succeed. In August, a US District Court judge rejected a request by these groups to temporarily block Idaho’s expanded wolf trapping and snaring rules. Environmental groups said these regulations violate the Endangered Species Act, since they could lead to the illegal killing of federally protected Canada lynx and grizzly bears. Schriever said that no grizzlies have so far been caught in a wolf trap.