These states want you to eat more roadkill

Freeway-to-table could be the next big food trend in California. 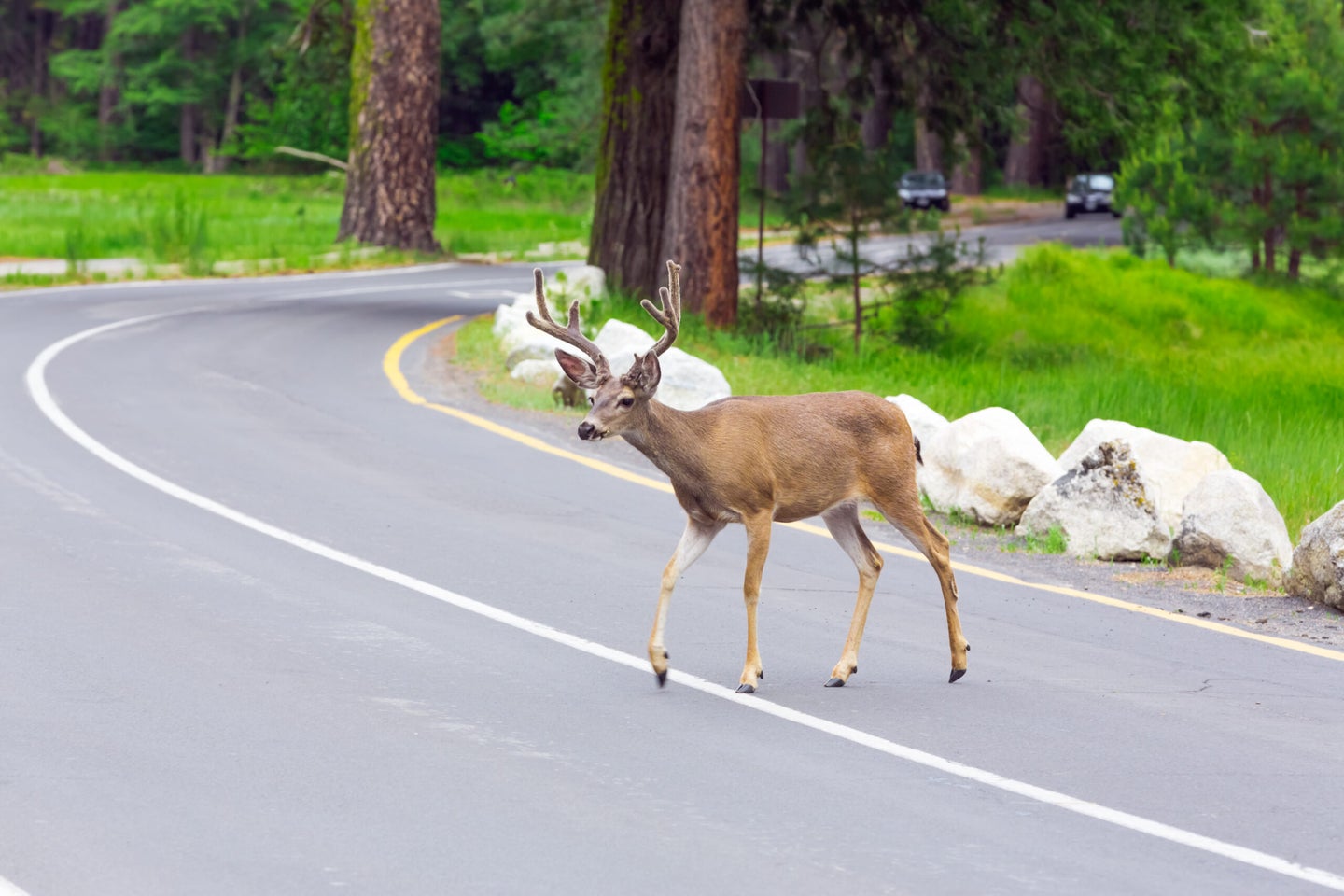 February last year, Jessica Mundall came across a dead buck while driving. The animal had just been hit and killed by a semi truck, and was still “super fresh.” She and her husband, both hunters, processed the deer on the side of the road, taking three legs home in the bed of their truck (the fourth leg was shattered from the impact). “After that, we were hooked,” says Mundall, 26, who works for the state’s fish and game department in Boise, Idaho. “We ended up getting our freezer filled off of roadkill.”

In Idaho, Mundall and others looking to salvage roadkill are free to do so, as long as they report their haul within 24 hours via an online form, by phone, or in person. The state’s department of fish and game simply asks for the roadkill’s species, sex, location, and date of salvage. The law went into effect in 2012, and it seems other states are following suit.

Over 20 states allow roadkill salvage. Since July 2016, Washington has allowed the salvage of elk and deer. Pennsylvania allowed the practice in 2017. In January 2019, Oregon launched their own salvage program. Now, a new California law, signed into effect last week, proposes to do the same.

The text of the California bill seems clear about its purpose, noting “It is the intent of this legislation to make available to Californians tens of thousands of pounds of a healthy, wild, big game food source that currently is wantonly wasted each year following wildlife-vehicle collisions.” Sen. Bob Archuleta, who serves parts of Los Angeles and Orange counties, introduced the bill February 20 of this year. Motor vehicles strike and kill about 20,000 deer in the state annually, according to bill. On passing, it will allow people in three pilot areas to start picking up these downed deer by January 2022.

Right now, only state and local officials can haul away carcasses along California’s roadways. The same was true in Oregon before the rule change—state wildlife and transportation officials would dispose of the carcasses, says Michelle Dennehy, communications coordinator for Oregon Fish and Wildlife. While they’d sometimes donate the meat to food charities, most of the time they would discard it, either because the animal was rotting or because it sustained internal damage that ruined its edibility. These are, of course, problems would-be salvagers face. But with more people now able to pick up the meat, there’s better odds of finding it while it’s fresh.

As of March, Oregonians had filed 167 permits since January after trucking home deer and elk, according to Dennehy. “I’ve seen people salvage edible meat, and they’ve been able to use it, which is great,” says Dennehy. “You never want to see meat go to waste, so that’s good.”

And there’s likely to be even more meat to save elsewhere. Across the states, Oregon has somewhat low rate of vehicle-animal collisions. According to the insurance company State Farm’s data, the top three places for deer collisions are West Virginia, Montana, and Pennsylvania. All three states allow salvage. In 2017, residents of Pennsylvania applied for over 3,300 salvage permits.

It’s not just about waste prevention. In Alaska, heavy moose bodies scattered across highways in the sparsely-populated state were once a burden for state officials, according to a 2018 article in Atlas Obscura. Since the state has begun allowing salvage, wildlife officers no longer have to lug the animals to the landfill, instead allowing individuals and charities to take the moose home.

In Oregon, officials are also using the salvage program to help check animals for chronic wasting disease, a disorder caused by prion proteins bringing about brain damage and a slow death, which has yet to spread to the state. The legislation requires salvagers to return the animal’s head to wildlife officials within ten days so they can test for the disease. “We expect that [the program’s] really going to increase our monitoring and surveillance for chronic wasting disease,” says Dennehy. “If we can detect it early, we have more of a chance of containing it.”

The permitting system also allows officials to see where vehicle-deer collisions are becoming a problem. Dennehy says that in eastern Oregon, some highways cut through deer migration paths. Knowing where deer are moving can inform efforts like building bridges and tunnels for animals to safely cross roadways. That effort would ultimately reduce the amount of roadkill in the first place. But as long as we have dead animals on our roads, Mundall says “It’s our responsibility to to help take care of and recycle [the roadkill], in my opinion.”

In addition to preventing waste, Mundall says it also saves her from having to buy meat. “Meat is expensive, and we save a lot of money, especially since we process it ourselves.” She’s salvaged four mule deer so far, giving one to a friend. She estimates that a salvaged mule deer—four legs and a backstrap—lasts two people about six months. In cooler months, she can harvest more meat as deer move downslope, coming into closer contact with people and cars around Boise. Winter weather also acts as “nature’s refrigerator,” says Mundall, slowing the onset of rot and rigor mortis.

Mundall’s inspired friends to accept the practice and even learn to do it themselves. And she’s always learning herself, by finding ways to more fully use the carcasses. She’s enjoyed salvaged Rocky Mountain oysters, a delicacy of Western lore made from buck and bull testicles, as well as some fancier fare. “One night, I tried [bone marrow], and it was the best thing I’ve ever had in my life,” she says. “From this point on, I’ll never not take leg bones with me—I’ll never leave in them in the forest again.”