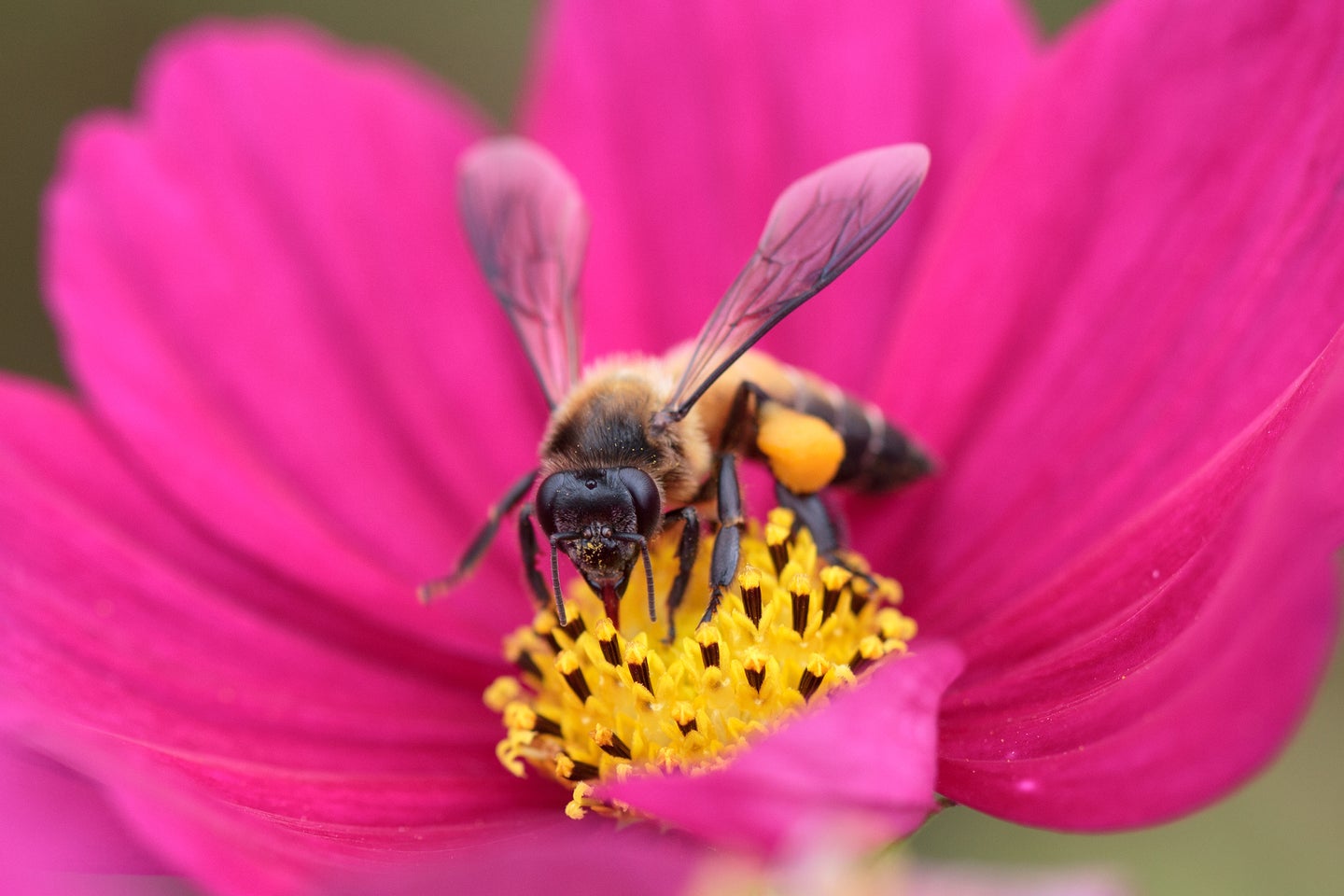 Without honeybees, next week’s Thanksgiving feast would be pretty boring. Their hard work makes foods like creamy mashed potatoes, green bean casserole, and pumpkin pie possible, since the power pollinators are crucial for growing the crops that eventually make it to the dinner table. The FDA estimates that bee pollination accounts for about $15 billion in added crop value and says honey bees are, “like flying dollar bills buzzing over US crops.”

But bees have been in trouble for quite some time. In 2006, beekeepers from Pennsylvania began to notice that their hives were dying off over winter. “Those were colonies that had, a couple weeks earlier, looked healthy, full of strong bees,” Nathalie Steinhauer, science coordinator of the Bee Informed Partnership, a national nonprofit that monitors honeybee populations, told PopSci earlier this year. “And they came back and the apiary was basically just full of empty hives.”

The problem has only gotten worse. Between April 2020 and April 2021, beekeepers across the United States lost 45.5 percent of their managed honey bee colonies, according to an annual nationwide survey conducted by Bee Informed Partnership.

In addition to this staggering colony loss, a study published yesterday in the journal Scientific Reports finds that the lifespan of individual honey bees that were kept in a controlled, laboratory environment is 50 percent shorter than it was in the 1970s. The lifespan decreased from 34.3 days to 17.7 days.

The team modeled the effect of these shorter lifespans on bees and it aligned with the increased colony loss and reduced honey production trends that have been seen in the last few decades.

According to the authors, this is the first study to show an overall decline in honey bee lifespan potentially independent of environmental stressors like pesticides, which hints that genes may be influencing what’s happening in the beekeeping industry.

“We’re isolating bees from the colony life just before they emerge as adults, so whatever is reducing their lifespan is happening before that point,” Anthony Nearman, a Ph.D. student in the University of Maryland’s Department of Entomology and lead author of the study, said in a statement. “This introduces the idea of a genetic component. If this hypothesis is right, it also points to a possible solution. If we can isolate some genetic factors, then maybe we can breed for longer-lived honey bees.”

The team researchers collected bee pupae, or the stage of bee growth between a larvae and an adult, from honey bee hives when the pupae were within 24 hours of emerging from the wax cells they grow in. Once collected, the bees finished up their growth in an incubator and were kept in laboratory cages as adult bees.

[Related: The first honeybee vaccine could protect the entire hive, starting with the queen.]

Nearson supplemented the caged bees’ sugar water diet with plain water to better reflect conditions in nature and noticed that the caged bees had a median life span that was half of those in similar experiments in the 1970s.

“When I plotted the lifespans over time, I realized, wow, there’s actually this huge time effect going on,” Nearman said. “Standardized protocols for rearing honey bees in the lab weren’t really formalized until the 2000s, so you would think that lifespans would be longer or unchanged, because we’re getting better at this, right? Instead, we saw a doubling of mortality rate.”

Bee life in a lab setting is different from life in a colony, but records of lab-kept bees show a similar lifespan to colony bees, and previous studies have shown that in shorter honey bee lifespans corresponded to less foraging time and lower honey production in real-world observation. This is the first study to connect those factors to colony turnover rates, according to the authors.

The team modeled the effect of a 50 percent decrease in lifespan on a traditional beekeeping operation, where lost colonies and replaced every year. In this setting, the loss rate was about 33 percent, which is similar to winter losses of 30 percent and 40 percent that beekeepers have reported over the past 14 years.

In the study, they noted that the lab-kept bees might be exposed to a virus or pesticide during their larval stage, but the bees didn’t show any obvious symptoms of those exposures. Also, a genetic component to longevity has been shown in fruit flies, which could help explain what is going on in bees.

The team will compare these trends to honeybees in other countries. Any differences in bee longevity will be used to compare possible reasons for a decrease in life-span including viruses, pesticide use, and bee genetics.