Your dog gets allergies for the same reasons you do

Pollen season can be ruff for everyone. 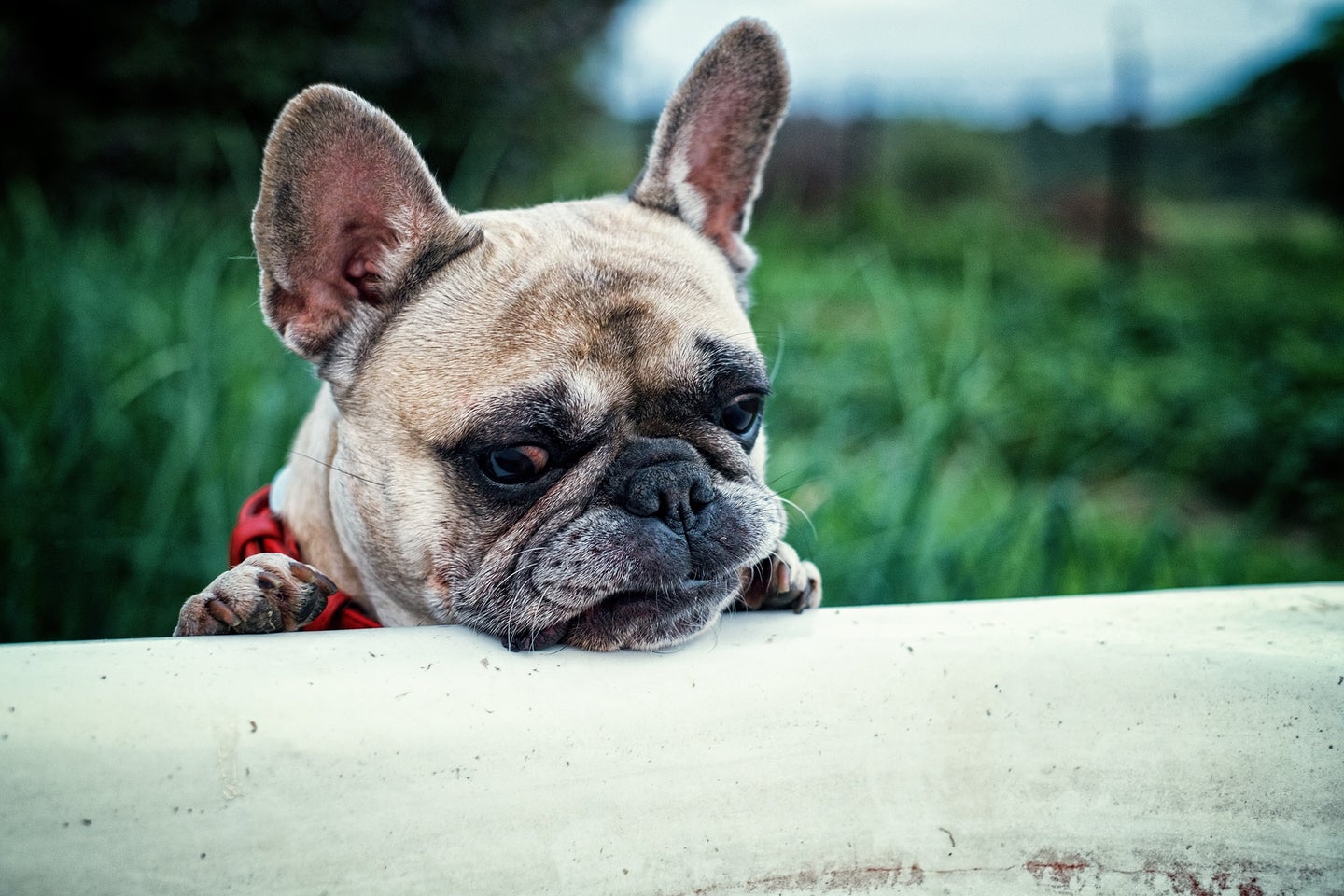 Spring can be just as itchy, sneezy, and wholly uncomfortable for some dogs as it is for their allergy-prone owners. Just like us, our pups can be allergic to particles of dust and pollen as well as foods like wheat and fish, all the result of an overactive immune system fighting against harmless adversaries. And, just like their human pals, dog allergies are more common today than decades ago—almost one in five make a trip to the vet for allergy relief, says Christopher Reeder, a dermatologist with BluePearl Veterinary Partners.

You can’t pin the source of these allergies to any single genetic quirk or environmental condition. But the uptick in pet allergies seems to be for the same reason people are more sensitive to allergies than a century ago: We’re cleaner than we used to be.

“If you contact a lot of microbes, they kind of train your immune system to recognize what is real danger and what is not,” says microbiologist Hanna Sinkko from the University of Helsinki in Finland. When we don’t encounter as many of these bugs, our immune system is more likely to mistake innocent stuff, like pollen, for the bad guys. The same is true in dogs.

A recent study by Sinkko and her colleagues found that canines with a diverse array of microbes on their skin had far fewer allergies than their cleaner counterparts. These dogs had more space to roam outside, bigger families, and shared their homes with other pets. Of over a hundred dogs in the study, almost a third living in a single-person home in a city had some sort of allergy compared to less than 10 percent of dogs in big families with more access to open space.

Dogs also make a nice model organism to study allergies in humans. The researchers in Finland want to know how someone’s environment and lifestyle affect the community of microbes living on their skin and their risk of developing allergies. But these questions are hard to study in people—our lives are messy. A dog’s existence is simpler, yet has more real-world relevance than a lab rat’s. “The trends we found are quite applicable to humans,” says Jenni Lehtimäki, another of the study’s authors from the University of Helsinki. “If a dog is allergic, the owner is likely to be allergic.”

But allergies in dogs often look different than they do in humans, and their treatment varies as well. Instead of inhaling allergens, dogs usually pick them up through their skin, so they scratch and chew and roll and rub, making them prone to secondary ear and eye infections. The antihistamines that people often take for their allergies also don’t usually work in dogs, says Andrew Rosenberg, a vet at Riverdale Veterinary Dermatology in New Jersey. Steroids are quite effective, he says, but they’re not safe over the long-term because they suppress a dog’s immune system. The best treatment is to get your pet tested and then give them personalized immune therapy, in the form of shots or drops, Rosenberg says.

Where dogs live and what their lives look like may play an important role in whether they develop allergies, but some breeds are also just more disposed to allergies than others. “French bulldogs are considered the poster child for dog allergies,” says Rosenberg. “It’s rare to see bulldogs that don’t have some allergies.” Breeds like bulldogs, labradors, west highland terriers, and golden retrievers are more likely to have genetic defects affecting their skin’s defense against allergens.

The role of the genetic risks in developing allergies is equally important in people. If you look at large populations, you can see trends showing that exposure to environmental microbes is linked to lower rates of allergies. But these conclusions don’t apply at an individual level, cautions James Sublett, past president of the American College of Allergy, Asthma, and Immunology. Exposing any one person to more microbes won’t necessarily decrease their allergies if their genes have predisposed them to having reactive bodies. “I used to have a cartoon showing a mom putting a pig into a bed with a baby,” Sublett says. “It doesn’t work like that.”