Declawing cats is harmful. Do this instead.

Research shows it’s bad for your cat—and for you. 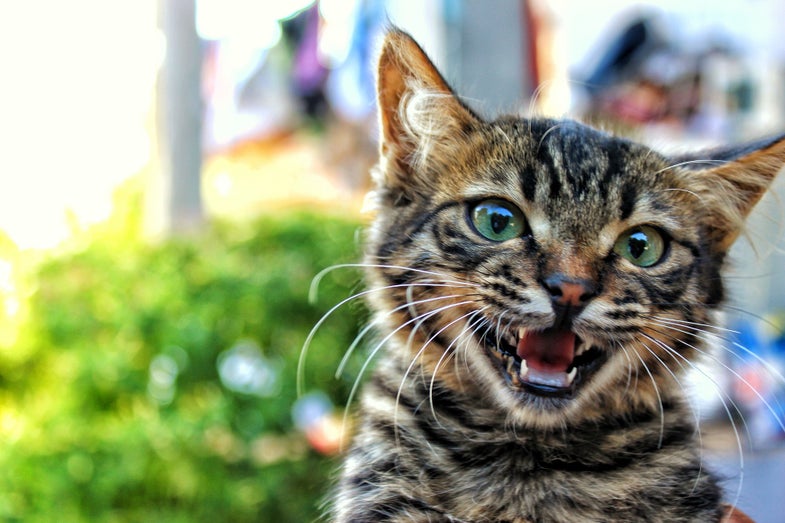 Declawing can lead to chronic pain, which may make your cat more aggressive. Pexels
SHARE

This post has been updated. It was originally published on May 23, 2017.

Declawing a cat may sound like a relatively benign procedure, like getting your nails trimmed. But the process involves removing the bones at the tip of a feline’s toes, which can result in long-term problems for your furry friend, a study concludes.

Declawed cats are more likely to have a difficult time walking because with the ends of their toes removed, they’re forced to walk on the soft cartilage that was previously a part of their joints. They’re also known to chew at the stubs of their paws, and may suffer from chronic pain. In addition, many owners find that their cats become more aggressive after the surgery.

To study the long-term consequences of declawing, researchers examined 274 cats of various ages, half of whom had been declawed. Studying animals in shelters and others who had been brought in for veterinary appointments, they examined the animals for signs of pain (which, in cats, manifests itself as potty problems, flinching in response to touch, body tension, and excessive licking or chewing of fur, among other things). They also looked at the felines’ medical histories and behavioral reports from their vets and owners.

Cats who undergo the procedure also may be more likely to urinate on soft surfaces like carpets or clothing because it’s less painful than the gravel in the litterbox. Having no other way to defend themselves, they may resort to biting when in pain, and unfortunately for their humans, bite wounds from a cat may be more likely than scratches to cause infection and hospitalization.

Lead author Nicole Martell-Moran is a Texas veterinarian and a director at the Paw Project, an organization whose goal is to end cat declawing.

“The result of this research reinforces my opinion that declawed cats with unwanted behaviors may not be ‘bad cats’,” she said in a statement. “They may simply need pain management. We now have scientific evidence that declawing is more detrimental to our feline patients than we originally thought and I hope this study becomes one of many that will lead veterinarians to reconsider declawing cats.”

How to train a cat not to scratch your stuff

Declawing is outlawed in many developed countries, but not the US and most of Canada. However, many American veterinary associations are opposed to declawing, except as a last resort.

Before you resort to declawing your cat, try training it first. Yes indeed, cats can be trained. And it’s not as hard as it sounds. Here are some tips: