They appear like clockwork, but they're still kind of mysterious. 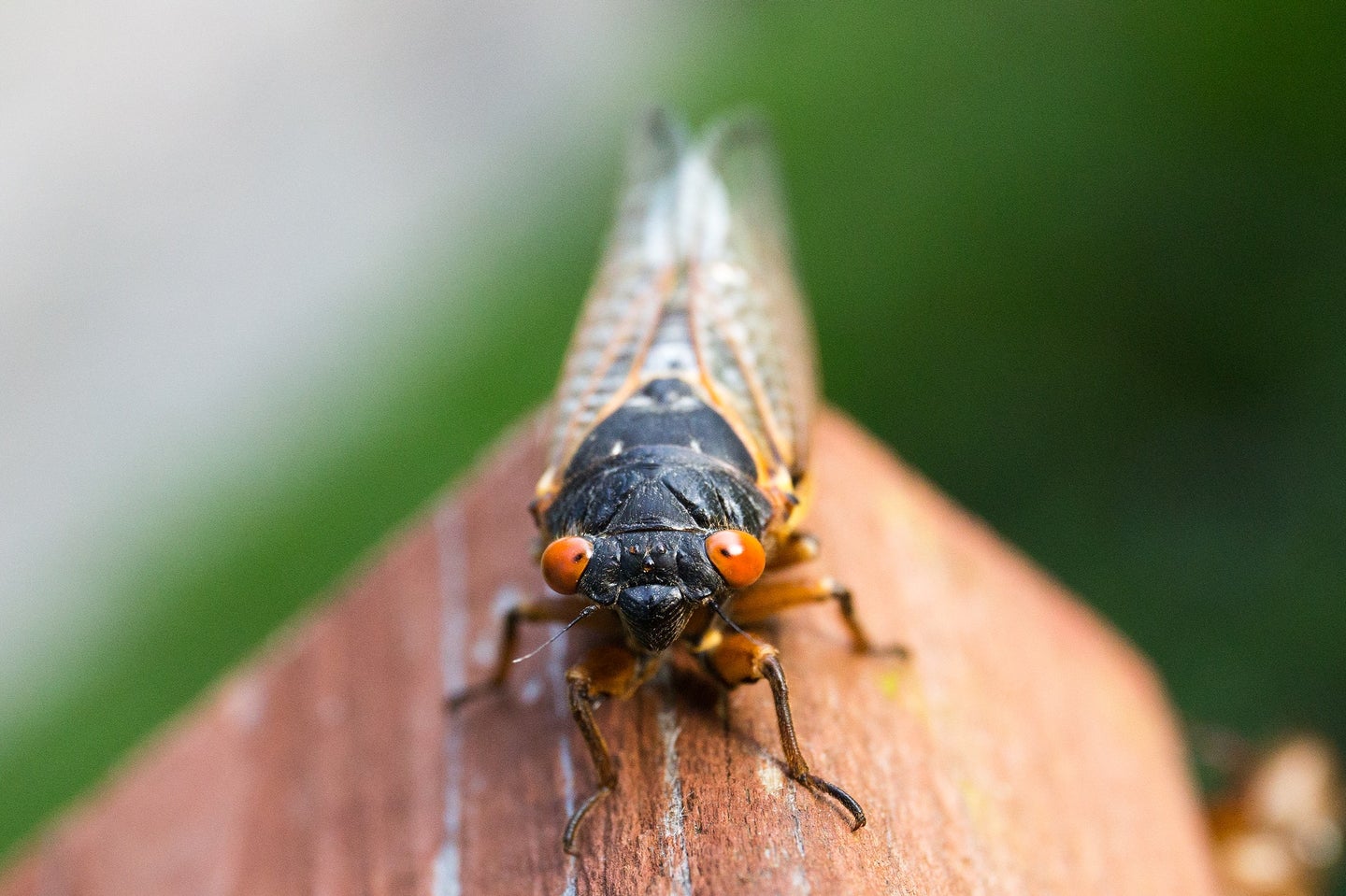 The Brood X cicadas are white when they first emerge, but as their exoskeletons harden, their bodies darken and their eyes turn red. Michael Kropiewnicki/Pexels
SHARE

After 17 years of social distancing in the dirt, the Brood X cicadas are ready to spread their wings and party.

The harmless, surprisingly edible insects are a staple sound and sight in summer, but their numbers vary year to year in the US. The more slow-growing kinds, known as periodical cicadas, are grouped into “broods” based on when and where they burrow out of the ground. Entomologists have been tracking the animals’ life cycles since the late 1800s, which is how they know it’s Brood X’s turn to surface. With three species and billions of individuals, “it’s one of the biggest graduating classes on record,” says Chris Simon, an ecology and evolutionary biology professor at the University of Connecticut. This year’s phenomenon will stretch over 15 states in the eastern half of the country and last through late June.

Residents in Georgia, Virginia, and Maryland may already be seeing the red-eyed critters chilling on their doorsteps and plants. But the exact timing depends on local weather: “Temperature and rainfall are the cicadas’ cues to emerge,” Simon says. To find out when they’ll start appearing by you, plant a soil thermometer eight inches deep near the base of a tree. As soon as the wet ground hits 64 degrees Fahrenheit, it’s a go.

After tunneling out, the young cicadas, known as nymphs, have to clear one last hurdle before they officially become adults. They spend a day or two pumping their wings up with fluid and waiting for their exoskeletons to harden. They turn from white to black as they finish the process. “This is the best time to see them,” Simon says. “They’re still weak flyers, so they stay on shrubbery, the sides of the house, and even car tires.” The insects are also highly vulnerable to predators like birds at this stage—many will be eaten after glimpsing the sun’s rays.

The ones that survive, however, will wrap up their molts, leaving their shells stuck to everything. They then crawl to the treetops and enter the dating scene. Males kick off the courtship by vibrating specialized membranes on their abdomens to make their signature buzzes. When a female likes what she hears, she flicks her wings, prompting her potential mate to switch up his tune and dance closer. The mating sequence ends as the female lays her eggs in a twig or stem. The larvae hatch six to 10 weeks later and move to the ground to start the whole cycle over.

Beyond providing vibes on hot summer days, cicada songs can help identify the different species in a brood. “We just drive around and listen and map them that way,” Simon says. It takes an expert ear to pick out individuals, but with Brood X, there are a few mainstream performers that everyone can learn. (Check out Simon’s website for a field guide with sounds.)

As much as we know about periodical cicada schedules—the next big US emergence is expected for 2024, when a 13-year brood and 17-year brood will overlap—there are still plenty of mysteries buried underground with these insects. “How do they count time?” Simon says. “For the first year of their lives they feed on roots, so they can probably tell when trees drop their leaves.” After that it might be a combination of environment and genetics.

[Related: You should start eating insects. Here’s how.]

There’s also the question of how the insects are faring as rainfall, drought, and deforestation intensify across the country. Some broods have gone extinct in the past century, and there are signs that others are shrinking. That makes it doubly important for people to take a beat to notice the creatures in rural, suburban, and urban zip codes. Simon and her collaborators are asking the public to log their Brood X sightings on the new Cicada Safari app. And if you’re not in a state that’s part of this year’s emergence, know that one brood or another is always above, around, on below you.