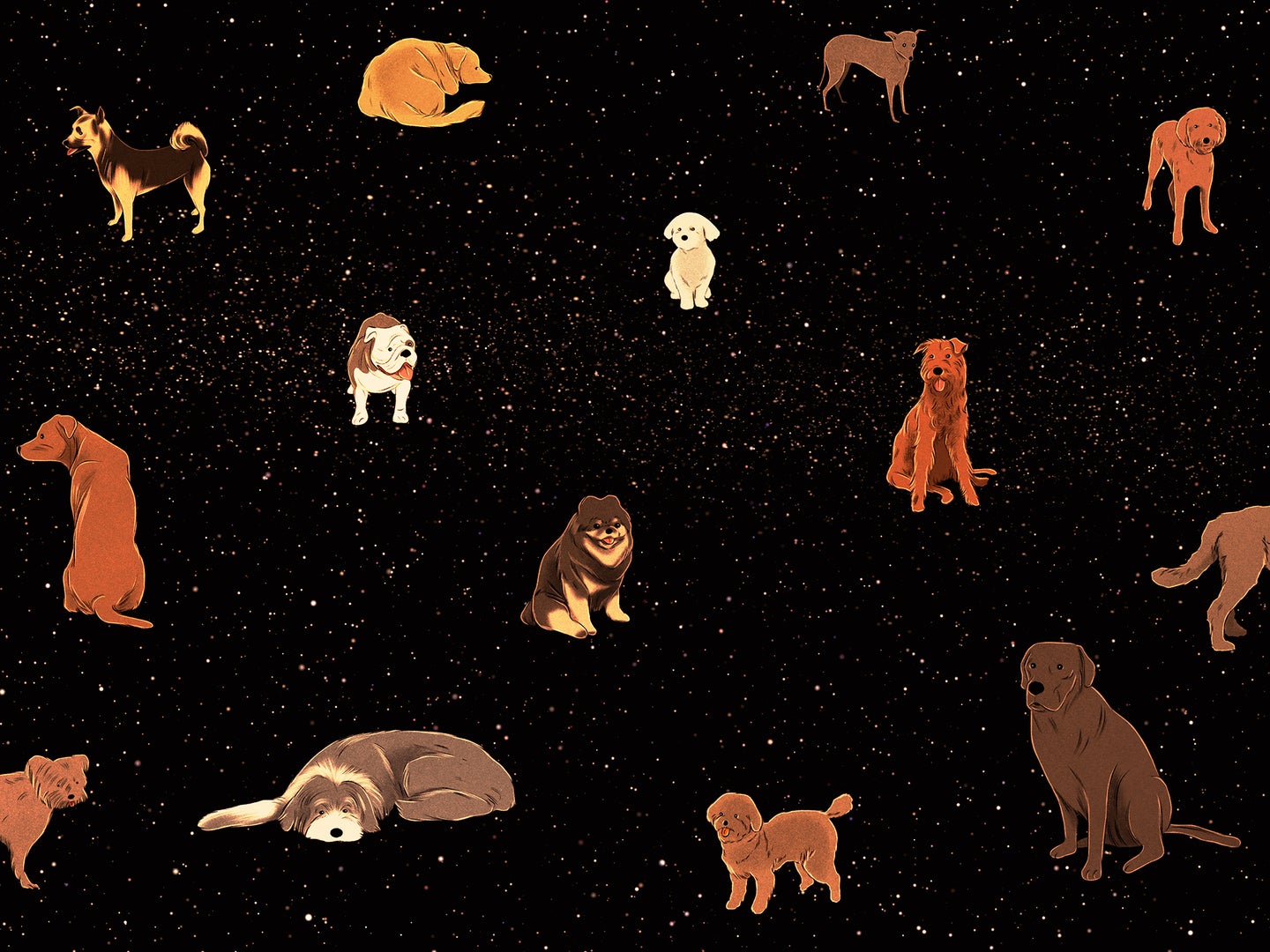 Despite the stereotype, not all dogs are enthusiastically social. Isabel Seliger/Popular Science

Can dogs be introverts?

IN JULY a TikTok user named Sofia Rosten posted a video of a meetup at their local dog park in Sweden. Rather than wrestling and chasing and sniffing one another, though, the pups kept to themselves. Some sat; others stood; one tried to mingle but was met with cold, furry shoulders. It was a gathering for introverted dogs, Rosten explained in the caption. The TikTok promptly went viral, garnering nearly 25 million views.

Any human introvert watching the scene might recognize themselves in the politely reserved canines. After all, part of what makes dogs so endearing is how clearly they express themselves. Of course, it’s hard to know on the basis of the 21-second clip alone whether Rosten’s guests were truly introverted or (adorably) keeping their distance for other reasons. But it makes for a good excuse to contemplate the question: Can dogs, which are often stereotyped as being enthusiastically social, be introverted?

Before pawing at the answer, it’s worth examining what we mean when we say introvert, a term coined more than a century ago by the psychoanalyst Carl Jung that has since taken on different hues. Jung defined introversion as an “attitude-type characterized by orientation in life through subjective psychic contents,” in contrast to extroversion, which was “characterized by concentration of interest on the external object.” In regular-human terms, introverts focus their mental energies inwardly while extroverts look to the outer world for stimulation.

In medical discourse, introversion would go on to be associated with theories about avoiding overstimulation and approaching positive feelings with more neural sensitivity. Away from the confines of therapists’ offices and psychology classrooms, however, introvert became a fancy word for “shy.” The Cambridge English Dictionary, for example, defines introversion as “the quality of being shy and quiet, and preferring to be alone rather than often being with other people”—but that isn’t necessarily accurate. A person could be extroverted by nature but still have social anxiety; an introvert could be the life of a party yet spend the following day in bed, recovering from the effort.

More recently, books like the best-selling Quiet: The Power of Introverts in a World That Can’t Stop Talking and a wave of popular articles have raised awareness of people with this personality type as indeed preferring solitude and small groups, though not always, and tending to find social activity—especially in crowds—to be mentally draining, even when they enjoy it. That’s the commonsense, everyday definition of introversion that the viral video evoked, but with dogs.

Conclusions on canine introversion, however, are still being sorted out. Even with the more nuanced definition, “I resist perfunctory labeling in general,” says Alexandra Horowitz, a dog cognition specialist at Barnard College in New York. “It ends the investigation.” Once people put a name to a trait, she explains, it’s all too easy to consider it understood and stop investigating what’s really going in a canine’s brain.

Which isn’t to say that the superficial interpretation is completely wrong. “Based on our research, we can say that dogs do have a personality dimension that seems to be somewhat analogous to what we call introversion in humans,” says Sam Gosling, a social psychologist at the University of Texas. But Gosling is referring to the more academic form of the term. For him, extroversion and introversion are a spectrum of approach and avoidance behaviors. They’re about being sensitive to opportunities, readiness to explore, cognizance of danger: a suite of traits that reflects the essential challenges faced by any cognitive organism. They’re found in analyses of personality across the animal kingdom, Gosling points out, from chimpanzees to octopi.

That doesn’t quite describe the sort of introverted tendencies people watching the video from the Swedish dog park were so charmed by. And neither does a study published earlier this year by ethologists at Poland’s University of Life Sciences, which described canine introversion as a group of traits including “stubborn, lazy, greedy, loner, timid, fearful, unpredictable, distrustful, insecure, aggressive, absent-minded, and alert.”

For insight into a less-academic take on introversion, Lauren Tsao, an animal behaviorist and founder of Faithfully Yours Dog Training, recommends looking at specific research on canine sociability. One prevalent takeaway “is the amazing range between dogs in their desire to interact,” says Tsao. Some dogs are extremely social; others are loners. Some are friendly with other dogs but not with humans—or vice versa. That throws a wrench in things. “I don’t think ‘introverted’ or even ‘shy’ is a useful term when describing particular dogs, because it doesn’t distinguish between dog-social and people-social,” explains Kathleen Morrill, a dog geneticist at the University of Massachusetts Chan Medical School.

Morrill was the lead author of the largest study of dog personality to date, involving surveys on the behavior of 18,385 purebred and mixed-breed dogs enrolled in the Darwin’s Ark community science project. Published earlier this year in the journal Science, it affirmed previous observations of dogs acting on a wide spectrum of sociability and showed that, contrary to popular belief, breed generally has little to do with the trait.

Breed-indiscriminate or not, a lack of sociability can indicate something other than introversion. As with a wallflower who wishes they could overcome their stage fright at karaoke, a less-social pup may not be introverted but instead feel stressed or threatened. “Dog sociability in our data did seem to include fearful behavior toward other dogs,” Morrill says—and two breeds observed to be significantly of this personality, papillon and miniature pinschers, are also very small, which tracks with other researchers’ correlations of size with amicability. Those breeds might simply have learned to be careful.

But Morrill is wary of jumping to conclusions. Rather, from a scientific perspective, “I don’t think we have enough data to make a direct comparison yet,” Morrill says. She suggests that a study of canine introversion might look for measures of social fatigue, such as whether communally housed animals at doggy daycare choose to isolate after periods of interaction. (Even that might be difficult to distinguish from tiredness, though.) It would also be important, adds ethologist Marc Bekoff, author of Canine Confidential: Why Dogs Do What They Do, to know exactly what social experiences individual pups had in their formative years. “You really have to have an amazing amount of information,” he says.

Until such data exists, it’s enough to know that whether a dog is introverted by the clinical definition or in the conventional sense, or is just not very social for reasons other than introversion, they might not fit the stereotypes. “Oftentimes people assume a dog will be social simply because they are a dog or because they have met other dogs who seemed that way,” says Tsao. “But not every dog will be the happy-go-lucky social butterfly we often see in movies—and that is likely quite normal.”

We hope you enjoyed “Pet Psychic,” Brandon Keim’s new column. Check back on PopSci+ in December for the next article.