Want to better understand the biodiversity of a forest? Ask the locals.

Local communities hold immense knowledge, and have the advantage of time and history. 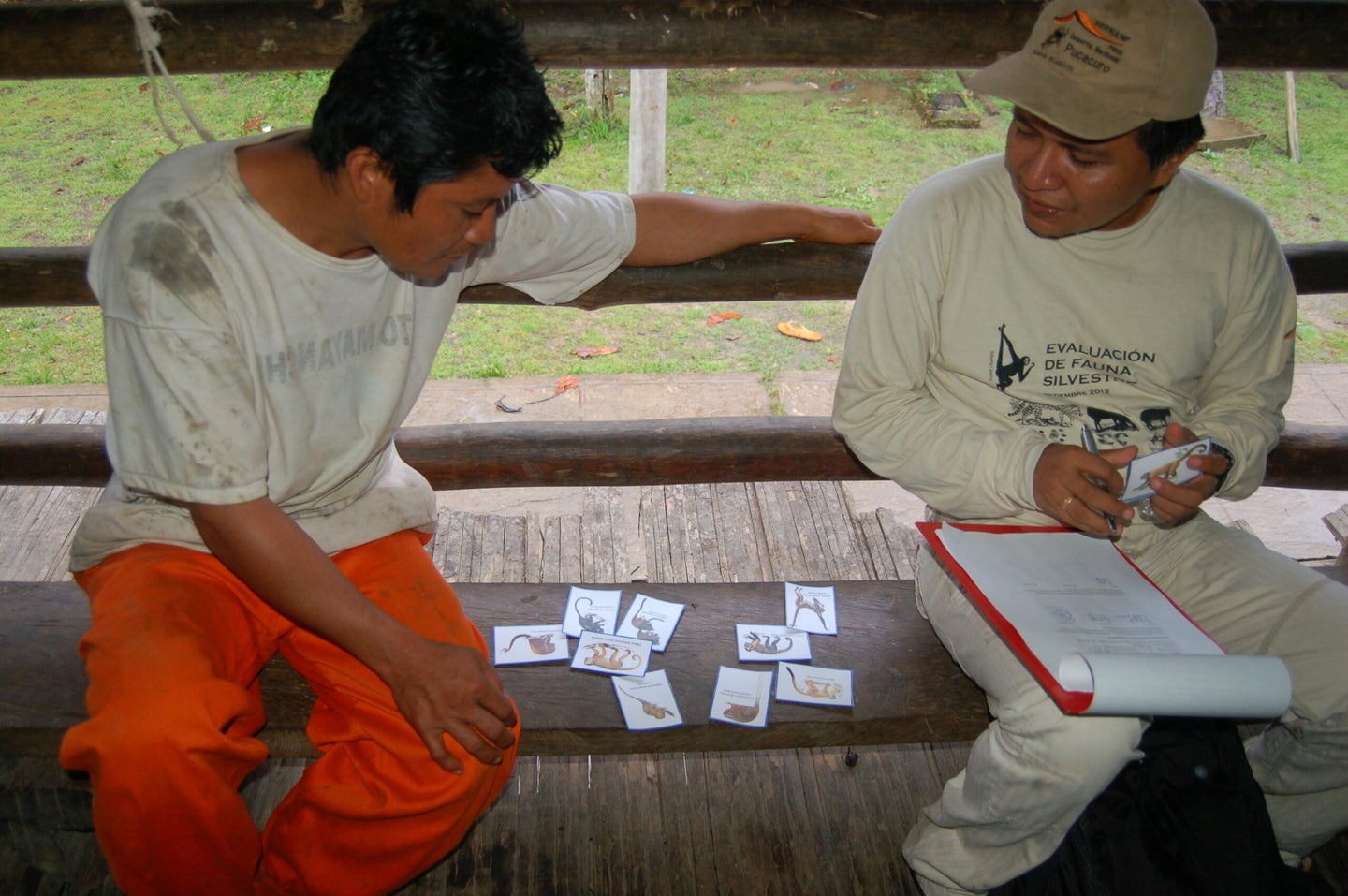 Local ecological knowledge, which is created through deep familiarity and personal interactions with local ecosystems, is a crucial way of tracking the species that exist in a local area. Image credit: Pedro Pérez
SHARE

As climate change threatens to erase our planet’s biodiversity, conservationists are scrambling to hit the brakes. One of the first steps in managing the conservation of wild species is tracking them down. While a method called line-transects continues to hold preference among researchers when it comes to population ecology, a new study published in Methods in Ecology and Evolution found that local ecological knowledge can be a more reliable approach to tracking biodiversity in a particular area.

Local ecological knowledge is any sort of traditional or Indigenous knowledge that has been passed down through the generations, according to Franciany Braga-Pereira, a PhD candidate in the Department of Ecology and Systematics at the Federal University of Paraíba in Brazil and one of the authors of the study. It is knowledge that has been created through deep familiarity and personal interactions with local ecosystems.

The study compared how well local ecological knowledge was able to identify abundance, which is how many of one particular species exists in a set area, compared to how well the method researchers typically use—called line-transects—was at identifying species’ abundance. They looked at regions in both the Central and Western Amazon. Abundance is a key indicator in assessing wildlife population status. Line-transects involve dividing up a habitat into lines and often walking along these lines till animal populations are encountered. Braga-Pereira and her fellow researchers walked around 9,221 km (about 5,730 miles) along 31 line-transects.

Their findings were then contrasted with interviews from 291 local people across 18 different Indigenous and non-Indigenous communities in Brazil and Peru. Unlike line-transects, local ecological knowledge requires building trust between local communities and researchers—some of the scientists in Braga-Periera’s group have been working with these communities for over 15 years.

After an initial exploratory research, the differences between both methods were stark.

“We were really surprised because there was a huge difference. The thing is, the animals we put in these studies, we know they are there [in the Amazon]. It’s not a place where we have animals in extinction, we have the animals in healthy populations,” says Bragas-Periera.

When the researchers compared the results of the two methods to past studies, they found that the line-transect surveys found that 39.8 percent of all the species were undetected and 40.2 percent had an abundance of 0.1 individuals per kilometer. Contrastingly, those same species were found to have medium or high abundances according to interviews with a high level of consensus based on the local ecological knowledge method.

While the numbers themselves are different, both methods demonstrated a positive correlation of abundance for most species and characteristics such as body mass and social and sleeping habits The trick is in refining these numbers to get a more accurate picture of the populations.

Line-transects often require researchers to fly in for limited periods of time. Their work is limited by cost, time, and familiarity with their surroundings. This means that animals that are present in larger populations, are more visible to the human eye, or are active in the day time are more likely to be found.

Local communities, however, have the advantage of time and history.

“It’s because they are there in the forest the whole day—collecting seeds, planting their crops, hunting or fishing,” says Braga-Periera. “All day and all year, they are in contact with nature.”

And just because local ecological knowledge relies on less regulated methods like oral histories that doesn’t mean that there are not proper ways of conducting this research. For Braga-Pereira, this methodology is a way of empowering the local communities who hold immense knowledge.

But empowering them isn’t just about asking them questions down a checklist, it’s about making sure that they are connected with the research and are the main actors, she says. This includes training and paying community members to become local researchers, whether they are carrying out local ecological knowledge methods or running the line-transects themselves. Ultimately, as Braga-Pereira explains, “they are our professors in the field.”