Insects in Nordic city regions are hanging around longer in the fall in rural spaces. 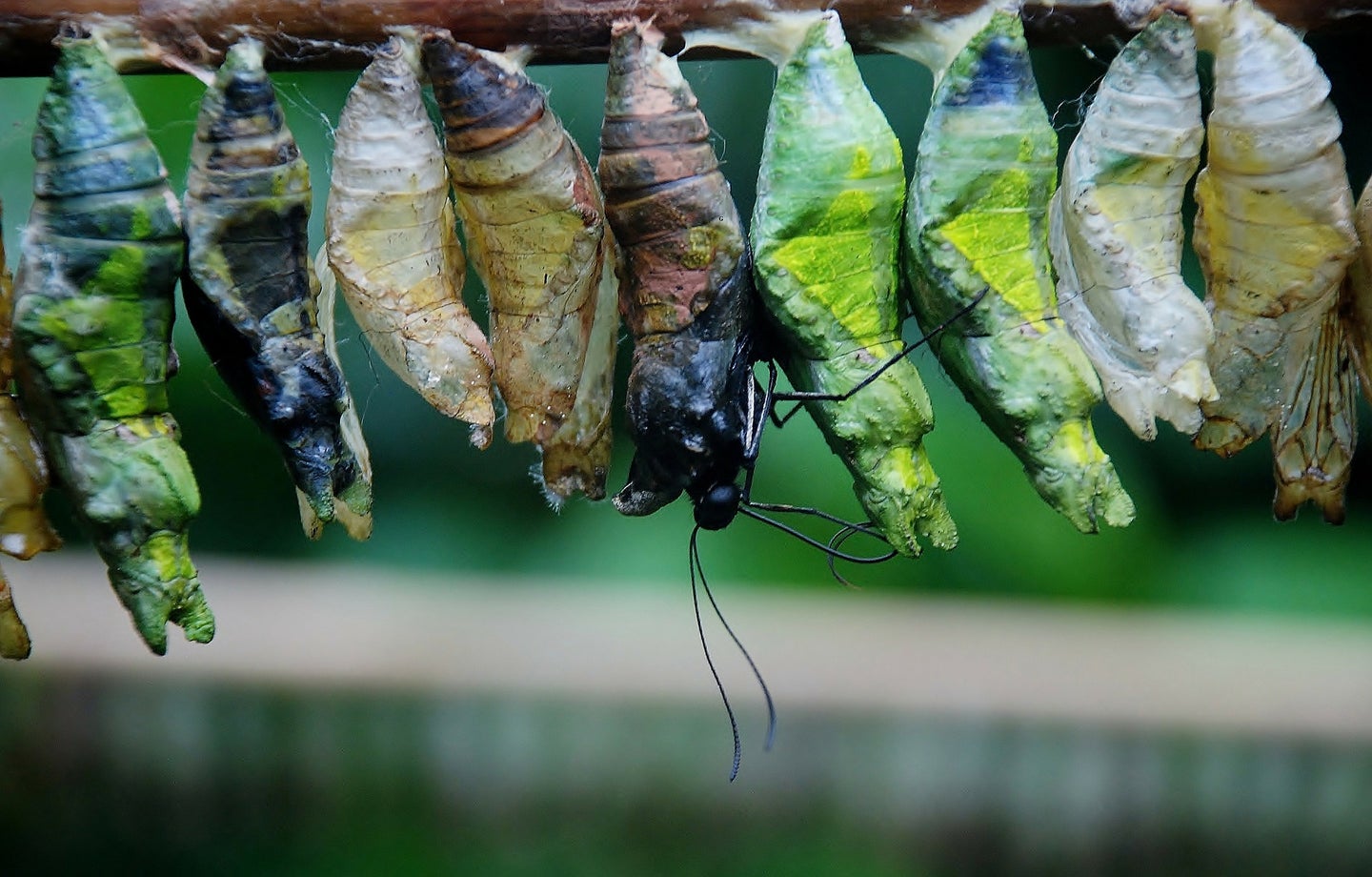 In Nordic city regions, one butterfly and one moth species are enjoying autumn, although they aren’t exactly hitting the pumpkin patches. The insects in these urban spaces fly for longer into the fall than the same species in rural areas, and take longer to induce diapause, which is when they pause development and reduce feeding to survive the winter.

A study carried out in Finland and Sweden shows these results stem from the heat and light in these urban areas, altering the way these bugs behave. These behavioral differences could be the case for many other species that depend on temperature to know when seasons are changing.

“This situation, where animals use day length to tell what time of year it is, and sort of make seasonal decisions, is a really common one,” says Matthew Nielsen, a physiology researcher at Stockholm University, and one of the authors of the study. “It’s quite possible that we’d see similar effects in urban environments for many, many other species.”

Nielsen’s work focuses on seasonal plasticity, a term that includes how butterflies make decisions on when to develop, the timing of generations, and when diapause is induced.

“Climate change is changing the relationship between daylength and temperature,” Nielsen says. “The same thing is happening in cities.” He explains that the team looks at these factors, like climate change and light pollution, that affect how insects behave. “[This change] potentially messes up the ability of insects to predict when they need to start preparing for winter.”

[Related: The world needs dark skies more than ever. Here’s why.]

Scientists and citizens alike contributed to this study, since the project required lots of data collected across a broad area. This study used data that had been collected on the two species, Pieris napi and Chiasmia clathrata, using citizen science apps. These apps allow individuals to observe and record data on the natural world, and that data can then be accessed by researchers for investigations like this one. The researchers for this study were looking at how long into the fall individuals were seeing the two species.

The data showed that the two species studied were typically flying days to weeks into the fall before inducing diapause in urban areas than in rural areas. The researchers also sought to find out whether these longer flight patterns were heritable, and not just a behavior change. To do this, they conducted tests called common garden experiments, where researchers capture insects from both rural and urban areas in two cities, Stockholm and Helsinki, and then raise their offspring in a controlled setting. This enabled them to observe whether the offspring in the labs were exhibiting differences in their diapause induction time depending on where their insect parent was collected. The differences between the rural and urban insect offspring in Helsinki were not strong enough to be significant, but the Stockholm bugs had clear and statistically significant differences in their diapause induction, supporting the concept that this behavior is heritable.

These researchers expect that these traits are not only heritable, but adaptive, as these insects inducing diapause later might be able to have an extra  generation of offspring in the fall. To prove that, though, researchers will have to conduct tests to contrast the fitness of rural and urban populations of these insects.

Humans continue to have effects on wildlife in ways we are just beginning to understand. “We’ve only studied two cities so far,” Nielsen says. “We don’t know how this generalizes to other species.” These insects and their changing behavior are just one example of human impacts on the world of bugs.