Meet the Azawakh, the latest breed to enter the Westminster Dog Show

Get to know the smart, loyal, and graceful ancient breed. 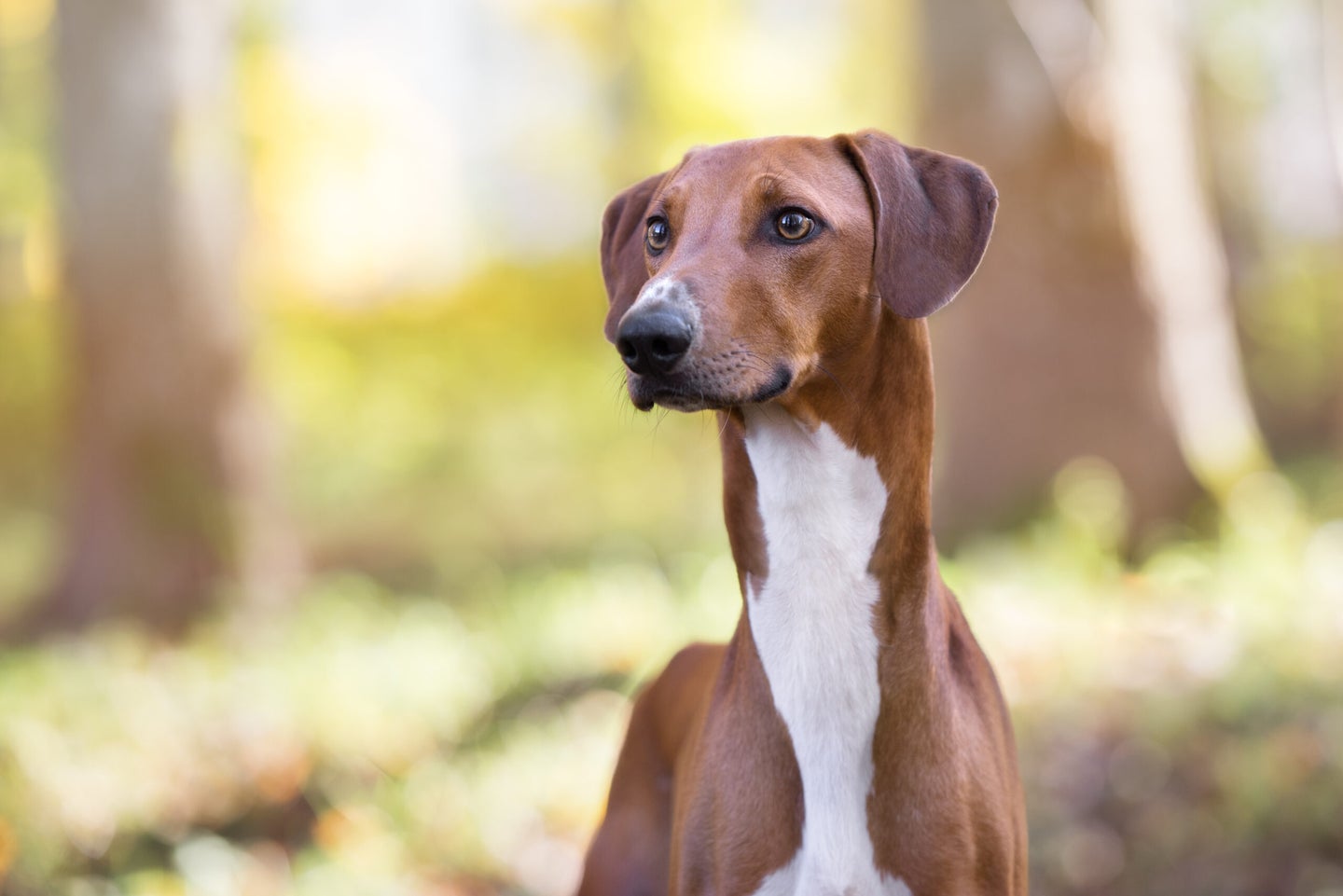 These beauties have been traveling with nomadic groups in West Africa for over a thousand years. Alona Rjabceva
SHARE

As the Westminster Dog Show came to a close this week, New York City became just a bit less fluffy. It can be hard to say goodbye to the gorgeous pooches ranging from wee Pomeranians to giant Bernese Mountain Dogs that have been trotting their hearts out around the rings in Madison Square Garden.

I’m not here to stop you from googling your favorite pooches to relive the experience. In fact, maybe I can help feed your obsession. Here’s everything you ever wanted to know about the newest addition to the official line up competing for Best of Show: Meet the Azawakhs.

The Azawakh looks something like a cross between a star ballerina and a miniature Arabian horse — taller than it’s length, with a long elegant neck and dark expressive eyes. Their long, skinny bodies reach somewhere between 23 and 29 inches in height. A grown Azawakh typically weighs just 33 to 55 pounds, depending on its gender, which means you should see their ribs at a healthy weight. They might come off as aloof to a regular bystander, but absolutely adore their human families, and once they get to know them, they can be gentle with other dogs and cats, too.

These pups have been on the AKC’s miscellaneous class list since 2011, home to other dog breeds like the Lancashire Heeler and Teddy Roosevelt Terrier, as they awaited official recognition. They joined the big leagues in the Hound Group through AKC in 2019 and became eligible to waltz around Westminster for the first time this year.

But just because they are new to the ring doesn’t mean the breed is novel. The Azawakh, named for the Azawagh Valley of its origin, is what is called a “landrace,” says Carol Beuchat, the Scientific Director of the Institute of Canine Biology. “Landrace” basically means that these populations of specific dogs evolved to function in a precise location. The breed has traveled with nomadic tribes like the Tuareg in modern-day Mali, Niger, and Burkina Faso with ancestry for over a thousand years. Archaeologists reportedly were able to find rare 8,000 to 10,000-year-old petroglyph rock art featuring long, slim dogs running alongside their hunter owners.

The hot, arid environment of West Africa made the Azawakh the way it is — a leggy, lean dog with great speed, Beuchat says. “They are bred by the nomadic tribes, but there is strong artificial and natural selection for strong, sound dogs with high heat tolerance and speed.”

Prior to its designation this year, the Azawakh was not alone. A lot of dog breeds don’t have official recognition — Beuchat estimates this number to be around 1,000 — many of which are landraces, dogs that evolved around their specific homeland. Many of the 400 recognized breeds we know and love today, like French bulldogs and dachshunds, started developing in the past few centuries, she adds.

According to an extensive article by breeder Deb Kidwell on the American Azawakh Association website, the first Azawakh to head to Europe was given to a Yugoslavian diplomat to Burkina Faso in the 1970’s. By the mid-1980s, the first Azawakh reached American shores and gave birth to America’s first natural-born Azawakh litter on Halloween in 1987. That next year, the American Azawakh Association was founded.

AKC judge and American Azawakh Association director Fabian Arienti has been breeding Pomeranians for some 40 years. At a dog show in Argentina in 1992, he spotted an Azawakh and fell in love.

“They look, for me, like a piece of art,” Arienti says. He showed three of the six Azawakhs presented at the breed competition last Sunday.

Aliya Taylor, a former Philadelphia cop who made headlines for showing her Azawakh at the National Dog Show wearing a hijab, loves the dogs because of their temperament and beautiful appearance. She is also fond of the connection between their West African ancestral ties and her own. Right now, this breed is quite rare outside of Africa. While Taylor is excited to have them recognized, she hopes they won’t become too popular to the point that people adopt them without knowing their needs.

“Azawakhs are a very nice breed for people who understand them,” she says.

If this rare African hound has caught your eye, there are a few essentials to consider: these pups aren’t big fans of the cold and wet weather, need quite a bit of exercise and socialization, and will become your most loyal and adoring guardian.