A new vaccine may curb the koala chlamydia epidemic

Chlamydia is one of the most significant threats to koalas. 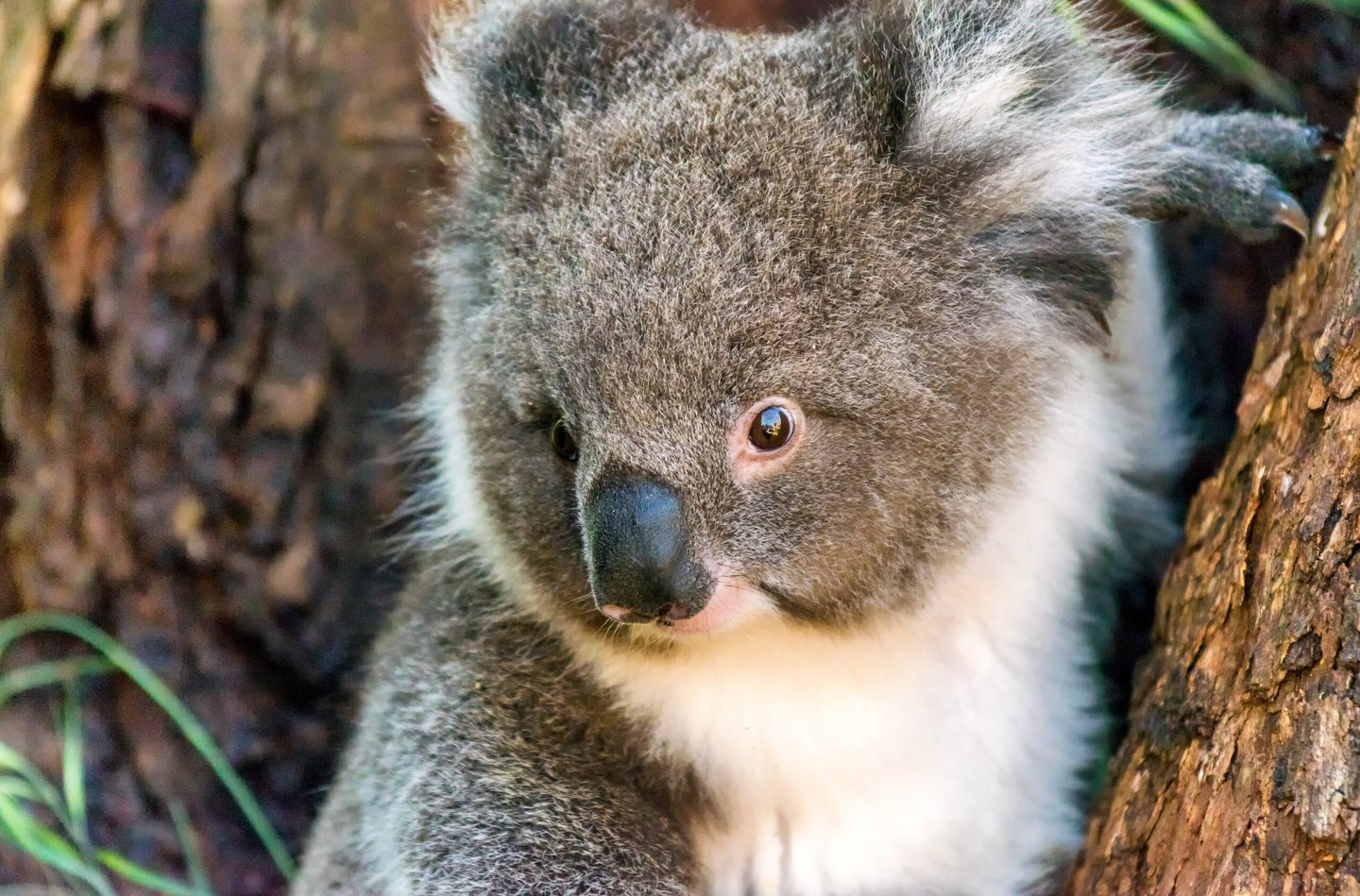 About 400 koalas are currently undergoing a clinical trial for a chlamydia vaccine in Queensland, Australia. Scientists hope the vaccine will finally offer koala populations protection from the disease, which is recognized as the most dangerous pathogen for the marsupials.

The Phase III clinical trial for the experimental vaccine is a culmination of years of research. The chlamydia epidemic in koalas has been ravaging populations since the 1990s, especially along the east and southeast Australian coasts. Some populations have infection rates of up to 100 percent. Koalas will receive the new single-dose jab after undergoing routine hospital care, right before they are released back into the wild.

Chlamydia manifests in koalas similarly to humans. Untreated, it can cause pink eye, genital pain, discharge, and agonizing fluid-filled cysts. “Animals can literally cry when urinating, it hurts them that much,” University of the Sunshine Coast microbiologist participating in the research, Peter Timms, told The Guardian.

Chlamydia is one of the most significant threats to koalas, and so treatment after infection is simply not enough, said Australia Zoo Wildlife Hospital veterinarian and research coordinator Amber Gillett in a statement. “Although many koalas with chlamydia can be treated using traditional antibiotics, some animals cannot be saved due to the severity of their infection. Having a vaccine that can help prevent both infection and the severity of the disease is a critical element in the species’ conservation management.”

The researchers will also microchip the vaccine recipients and observe how they fare over the next year, and whether their vaccinations help lessen chlamydia transmissions in their areas.

“While this vaccination will directly benefit each of the animals, the trial will also have a focus on the protection provided by vaccination,” Timms added in the same statement. That protection could be significant for populations as well as individuals, especially since chlamydia is such a recurring disease. He told The Guardian: “Unfortunately 10 or even 20 percent of animals that go through the [Australia Zoo] wildlife hospital come back to the hospital. In a lot of cases, if you just treat them with antibiotics, they often come back with chlamydial disease again.”

Chlamydia is a heavy strain on the marsupials who are also dealing with the threats of fires, drought, heat waves, and habitat loss. Last month, the Australian Koala Foundation said that the country lost 30 percent of its remaining koalas in just 3 years.

Approval for widespread use of the vaccine “could help to turn around populations of koalas that might disappear,” Timms said to New Scientist. And the mechanisms of this vaccine might also prove useful for developing a chlamydia vaccine in humans, he added, since the bacterial culprits are related. “I think this trial will be closely watched by the human chlamydia vaccine world,” he said.