9 creatures that have made spookiness their brand

Some of them deserve their own horror movies. 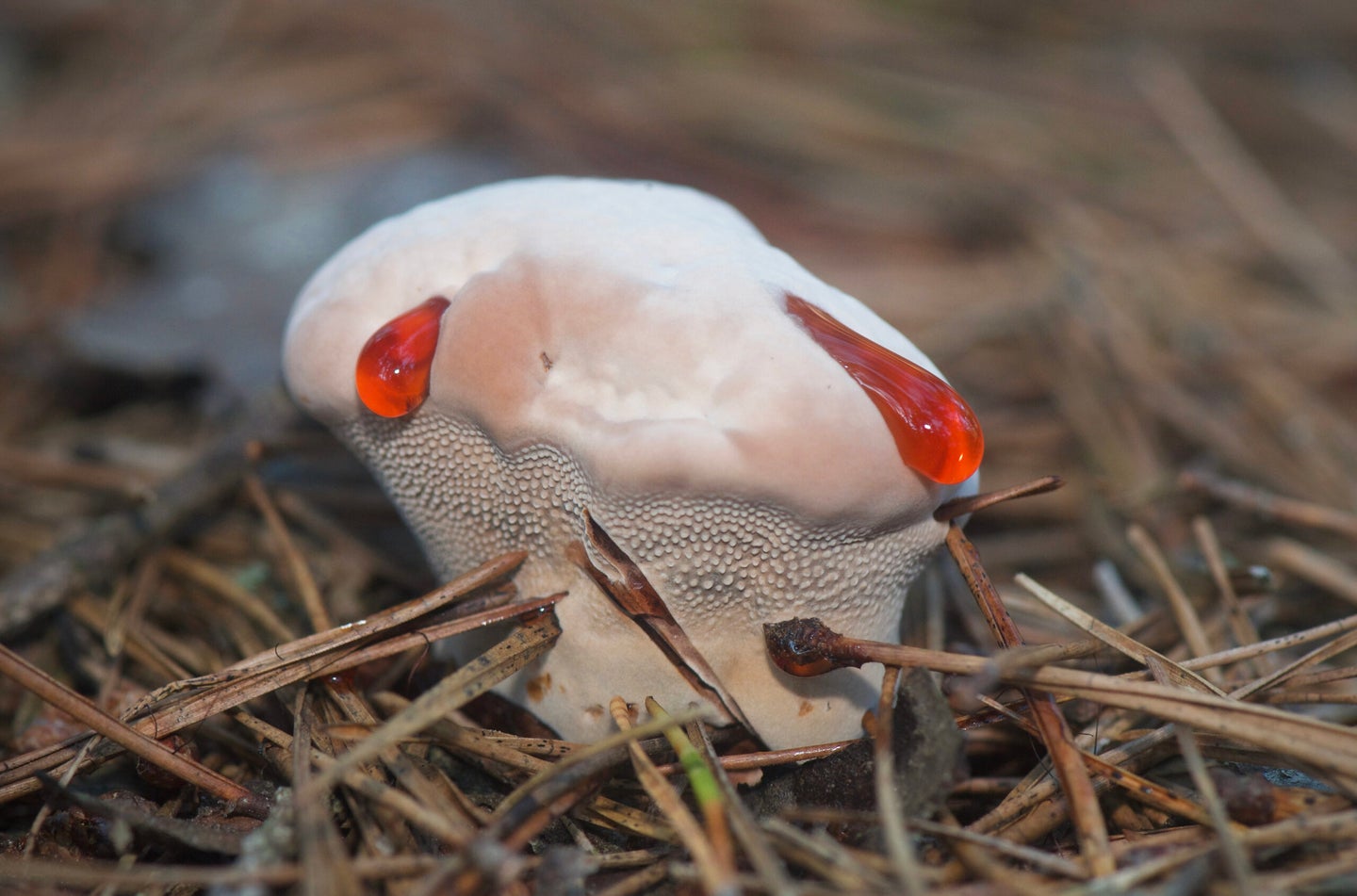 No matter what terrifying figures the twisted human mind manifests, nature will always outdo our worst nightmares. With the spookiest time of year just around the corner, here are a few creepy crawlers to give you the shivers. Each creature on this list is real—and they don’t just exist at Halloween, either.

We’ll start with the unsettling mushroom shown at the top of this article—the one that looks like it’s oozing blood. The molar-esque devil’s tooth fungus is native to the Pacific Northwest. The red goo is actually a sap made up of excess water absorbed from the forest floor. These mushrooms have a symbiotic relationship with vascular plants—they help the flora absorb nutrients, and in turn receive carbon dioxide. Despite its menacing appearance, this mushroom isn’t poisonous; it may actually have antibacterial properties.

These little suckers aren’t the tentacles of one benign cephalopod, but rather many separate lamprey. Of the 38 known, living species, 18 are carnivorous, using their mouths to bore into other fish’s flesh to suck blood. They can grow up to 40 inches long. While it looks like these sea creatures are dying to eat you, they sometimes become the meal for humans, particularly in Latvia, Portugal, and Spain. Oh, and sometimes they rain out of the heavens.

The naked mole rat is the animal equivalent of the nightmarish Pale Man from Guillermo del Toro’s Pan’s Labyrinth, but this little guy is much less menacing. One thing the unsettling critter does have in common with the Spanish monster is its terrifying maw. Its jaw muscles comprise a whopping quarter of its muscle mass, and it can move its incisors independently, like chopsticks. This fleshy weirdo is native to eastern Africa and lives underground.

This cute-in-a-creepy-way endangered primate, the tarsier, would make a perfect haunted doll or possessed pet. Its specially adapted vertebrae let it go full Exorcist when it turns its head 180 degrees in either direction. Its huge, hypnotic eyes are suited for nocturnal hunting. Its long, slender fingers and toes have pads and nails that help it grip trees, and curved claws tip its second and third digits for grooming. They can be found on a number of southeast Asian islands.

The matamata looks a bit like a regular turtle that’s been bulldozed a few times. Its eyes are on the side of its large, triangular head. The species has poor vision, which isn’t altogether unsurprising, but uses other sensory cues to get around.

The northern crab spider may have a haunting face etched onto its carapace, but it’s actually quite harmless. Found in North and Central America and the Caribbean, they lurk on flowers to hunt pollinators for food.

If you’ve ever wanted to try to live through a real-life Jurassic Park scenario, the closest you can get to meeting a prehistoric raptor is probably ticking off a cassowary. With three dagger-like toes on each foot and a top running speed of 31 miles per hour, this bizarre bird native to Australia and Papua New Guinea is as dangerous as it is colorful.

The common fangtooth is one of many monstrous looking creatures that reside in the deep ocean, though it sometimes ventures to the surface at night. It uses its large, discomfiting teeth to attack and eat prey—but luckily for us, it prefers crustaceans and other fish.

The vampire squid may have a Halloween-y name, but it’s not vampiric at all. It’s also not a squid. The name comes from its black and red coloring and its cape-like appearance. The creature is descended from an ancestor of the modern octopus, but it sits in a league of its own.