Trees in the wetlands emit more methane than researchers thought

Wetlands have been identified as one of the most methane-producing areas on the planet. 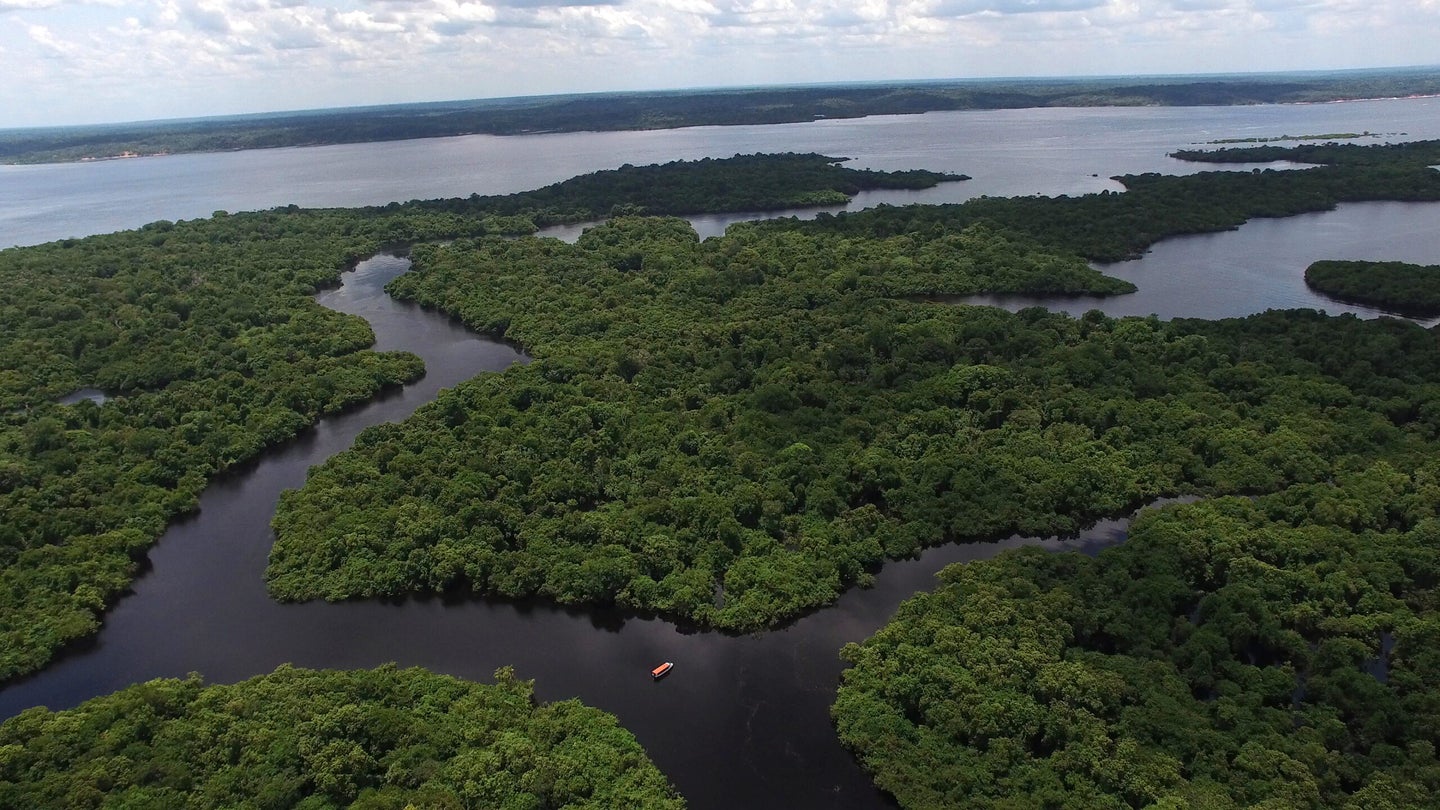 Historically the thick green of the Amazon has been our planet’s largest carbon sink, though this tipping point has also been breached earlier this year. But a new wave of research over the last few years, including a new study published recently in Philosophical Transactions of the Royal Society A, has prompted us to rethink how trees’ methane emissions fit into the carbon cycle.

The authors of the study built on previous research dubbed the “frontier of the new global carbon cycle” that demonstrated how significant tree stem methane emissions can be.

Wetlands have been identified as one of the most methane producing areas on the planet. That’s because the flooded soil conditions lead to a depletion of oxygen, causing organic matter to decay and release their methane. However, the study found evidence to suggest that even riparian trees, which thrive along rivers and streams, seemed dry as the water table receded but were still releasing significant amounts of methane.

“We found that even if there are areas which are not covered by water, but the water table is relatively high, this process will still go on,” says Alex Enrich-Prast, an associate professor at the Linköping University in Sweden and a co-author of the paper.

As technology innovations have developed, researchers have been able to measure methane more quickly and accurately without being limited to the easier to analyze flat surfaces. The ability to follow the curves of the roots has shown that methane is traveling up through the root system and is vented through the top of the trees, rather than just being released from the surface of the soil or water.

And when the researchers scaled up their findings to derive a number for total emissions in the Amazon, the number was staggering. The researchers estimated that these dry riparian trees could be contributing between 2.2 to 3.6 million metric tons of methane a year, in addition to the 12.7 to 21.1 million metric tons of methane that inundated trees emit.

Understanding that the depth of the water table, and not just inundation, can affect emissions is key to refining current carbon cycle models, according to Enrich-Prast. As the study concludes, taking into account “tree-mediated sources” is essential to estimating global emissions. In order to properly understand how to control the effects of greenhouse gasses, we need to know what exactly is out there.

[Related: ‘Ghost forests’ are spreading across US coastal regions]

But there’s more to the picture. Over in Australia, Luke Jeffery, a biogeochemist postdoctoral researcher at the Southern Cross University, found an abundance of bacteria living in the barks of paperbark trees that were essentially eating up the trees’ methane. These little helpers have most likely evolved over time in these methane-rich environments as they activate methane oxidation of up to 40 percent of the tree’s emissions.

Paperbark trees are quite unique, says Jeffrey.  “They have this really thick, spongy, but multiple layered bark. You can almost peel it off, like sheets of paper,” says Jeffrey. “We knew these trees were emitting quite a lot of methane and also that they were emitting it through their bark. And because it has such a unique bark, it’s just a perfect kind of habitat for microbes to potentially live in because it’s dark and it’s moist and it’s methane rich.”

The team took bark samples, placed them in airtight bottles and filled them with methane to measure methane’s consumption over time. After DNA extractions and sequencing, the results confirmed a breakthrough: Methanotrophs (methane-consuming bacteria) were at work.

Now Jeffrey is continuing to look elsewhere, outside of wetland forests, to understand where exactly these microbes exist and whether they exist in other parts of the tree. His research adds another fundamental piece to the methane puzzle.

“It almost flips a lot of this research upside down as well. We’re sort of looking at trees, one-dimensionally as this new methane source, but then we’re also finding evidence that trees can help create a habitat to consume methane as well,” says Jeffrey. “So in a way that sort of bolsters the value of trees, we know trees can capture carbon dioxide, which is a greenhouse gas problem we have, but if trees are also helping to mitigate methane emissions, too, that’s fantastic news.”

This consumption mechanism also exists in soils and lakes according to Enrich-Past. A thin layer of bacteria on the surface of lakes is also responsible for blocking methane emissions bubbling to the top of the lake.

“The principle is more or less the same in the trees, it’s just that we know very little about it. Does it depend on the kind of species of the plant? Does it affect the diversity of bacteria if plants are older or younger or taller?” Enrich-Prast says. “We have no idea but this is a really big future to explore.”