There’s a reason human-wildlife clashes are on the rise 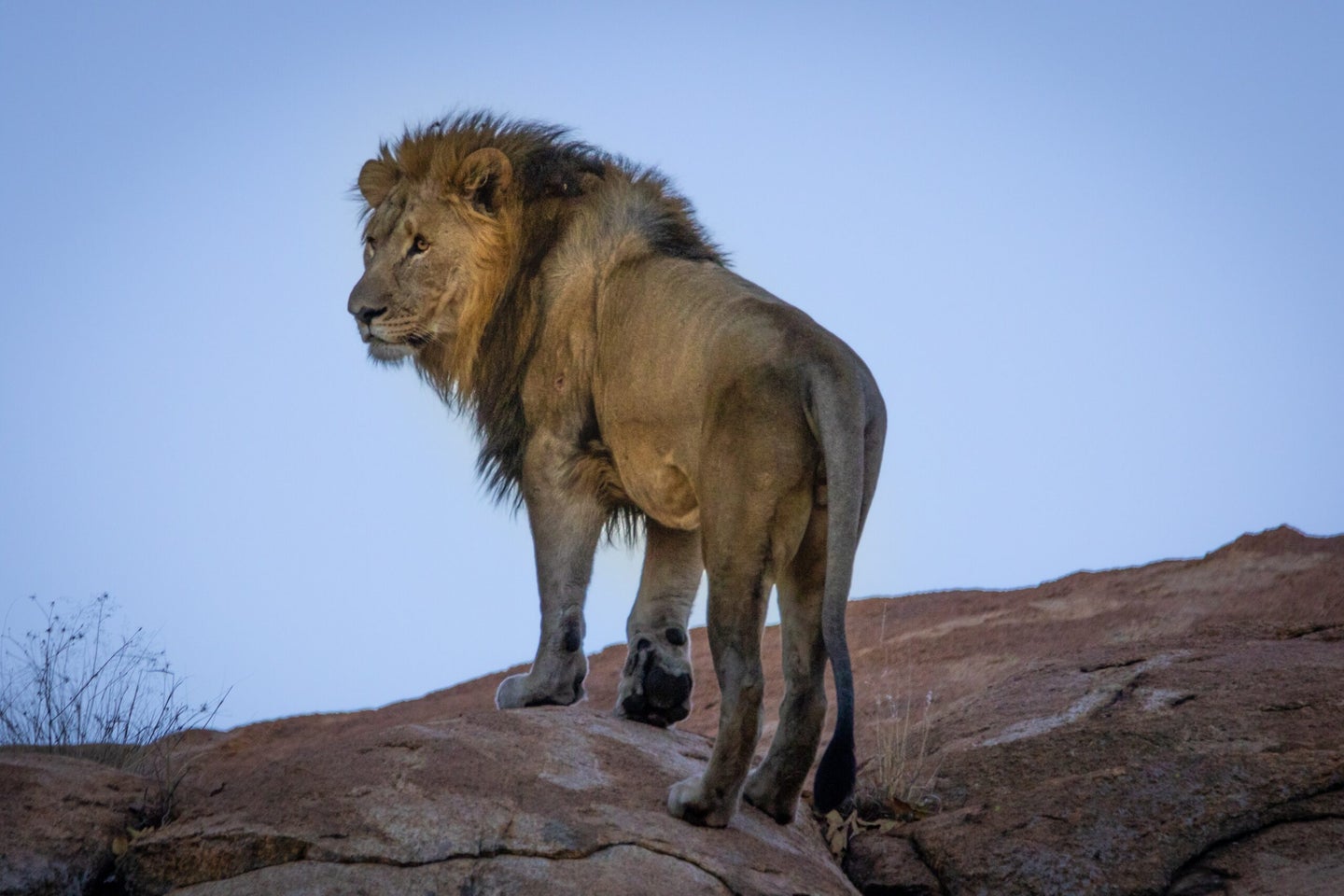 The climate crisis, and all the weird weather that comes along with it, doesn’t just affect people– it stresses animals as well. For example, back in 2018, a massive drought led to large carnivores and farmers sharing territories in Botswana—much to the devastation of already hunger-stricken humans and increasingly endangered species like lions.

Wildlife populations are often pushed out of their natural habitats and into more contact with people, especially in dire situations caused by the climate crisis. Both groups are pushed to fight for resources and that often leads to attacks on people from animals, or people attacking the animal populations in hopes of protecting their homes, livestock, and crops.

Briana Abrahms, an assistant professor of biology at the University of Washington wrote a recent editorial for Science outlining specific challenges that both human and animal populations have experienced as territories start to cross over with the slow—and rapid—impacts of climate change.

“I think what really shocked me the most is just the diversity of situations in which this is happening—we see this happening at really high elevations in the Himalayas. And we also see it happening in swampland, or in rivers with crocodiles. And we see this [human-wildlife conflict] happening in the ocean,” she says. “[I was surprised by] the complexity of how these conflicts are occurring.”

From the coldest corners of the world to the hottest and driest, natural disasters are getting more and more intense. This can make rare instances of people and wildlife interacting thanks to extreme weather events or rapid deterioration of ecosystems much more common. Conflict occurs between Arctic communities and bears as sea ice rapidly melts, pushing the bears towards human settlements in hopes of survival. Bears attacking people has historically been a rare occurrence, but have seen an uptick after 2000 as researchers began to see record-low sea ice formation. On the other end of the world, Kenyan hippos have killed local fishermen along the shores of Lake Naivasha as torrential rains have pushed them out of their usual grazing grounds.

As we’ve already seen this summer, increasing heat waves and wildfires push human populations closer to coastal areas, Abrahms says. Back in 2016, then a record-breaking hot summer, shark attacks or encounters increased 10 percent, according to the Independent. Researchers at the time cited human interference with wildlife habitats and climate change-related migration patterns for sharks.

“On hot days, more people go out swimming…. [the human-wildlife conflict] is also about how we [as humans] are changing our behavior as the weather rapidly warms as well,” Abrahms says.

Human-related disasters have also caused some serious issues for people when they bump into sea animals. A 2020 report in Nature described how a 2016 acid contamination event caused by heat wave-induced toxic algae blooms delayed the opening of California’s Dungeness crab fishery and led to whales becoming entangled with crab fishing gear off the coast of California. Fisheries had essentially to compete with the whales for space out in the ocean.

“We propose that these ecosystem changes, combined with recovering whale populations, contributed to the exacerbation of entanglements throughout the marine heatwave,” author studies wrote.

Pat Parenteau, a professor of environmental law at Vermont Law School pointed out that with human wildlife comes more zoonotic diseases as more people end up in contact with animals that have historically been given a wider berth. Slimmer habitats can cause dangerous interactions, such as bats being in close quarters with livestock, that could cause zoonotic disease outbreaks.

One example of diseases that will likely end up in a wider affected region are mosquito-transmitted diseases—such as Zika or Malaria. The mosquitos that transmit the Zika virus tend to be in warmer climates, Abram adds but could become a problem for newer populations in the near future as the world heats up. Not to mention that climate-related events like more flooding and hurricanes create breeding grounds for mosquitoes.

But there are solutions to these daunting problems—even if we can’t stop the next flood, drought, or massive ice melt. Abrams argues that one of the ways to really tackle these new issues between humans and creatures fighting for the same limited resources and territory will mean funding outreach programs, localized education, and even helping people recoup some of their losses from wildlife in the case of a carnivore attack on livestock.

“Some places like Botswana, have a national livestock insurance program where farmers can actually recoup some of their losses,” she says.

Abrahms argues the need for seasonal education if migrating animals are more likely to end up near human dwellings or near human crops. For example, telling communities to steer clear of certain bodies of water after flooding in order to avoid coming in contact with potentially dangerous animals like snakes or crocodiles. Avoidance, she figures, is sometimes the best way to keep both people and animals safe from conflict.

Parenteau argued that there needs to be system changes and a massive push for funding to protect biodiversity, in turn protecting people and animals from disease and violence.

“We have all kinds of quote-unquote mechanisms right, we’ve got the Paris Agreement, we’ve got the convention on biodiversity… We have hundreds of legal documents, but they mean nothing without implementation enforcement and investment,” he says. “They’re not legally enforceable requirements.”

Parenteau also says that tackling global industries, like meat and dairy, that put wildlife habitats at risk were going to be one major way to stop harmful wildlife-human interaction. But that would also mean changing our lifestyles to depend less on livestock and animal products.

“Less meat production, and nobody wants to hear that,” he says “Livestock production by itself is a massive cause of habitat loss and obviously conflict with predators.”