If people start to believe the end is nigh, they might give up on tackling environmental problems. 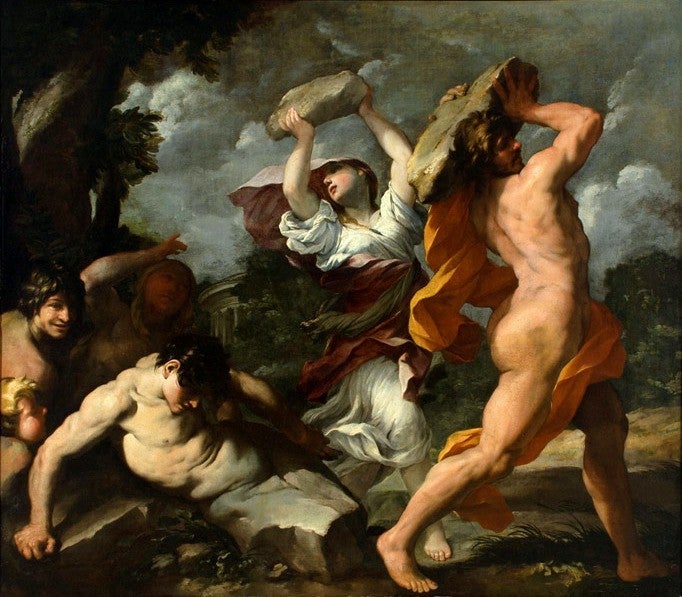 Deucalion and Pyrrha, figures in Greek mythology who survived a flood. To repopulate the Earth, they scattered rocks, and those rocks turned into the people. Giovanni Maria Bottala
SHARE

The last year or so has seen a spate of landmark climate change reports that lay out an apocalyptic vision of the future, a vision that is already starting to take shape as rising temperatures fuel hellish wildfires in Australia, punishing floods in the Midwest, and ferocious hurricanes along the Gulf Coast.

But it’s not just the grim forecasts of scientists that are coming to pass. It’s also apocalyptic myths from around the world, as increasingly perilous fires and floods echo prophesies from religion and folklore. As Al Gore put it, “Every night on the network news is like a nature hike through the Book of Revelations.”

This trend could pose a challenge to tackling the carbon crisis. Experts say that if people come to believe climate chaos portends the literal end of days, they might give up on doing what’s needed to avoid a cataclysm, making their apocalyptic predictions self-fulfilling.

When age-old tales become a reality

Decades of carbon pollution have yielded frightening changes to the Earth’s weather systems, including some seemingly drawn straight from myth. Columbia University anthropologist Ben Orlove says that in Phinaya, an indigenous community in the Peruvian Andes, people believe that when nearby glaciers begin to disappear it will herald the end of the world. There will be no more water, and a powerful wind will come and blow everything away.

As it turns out, that is already happening, thanks to climate change. Glaciers, which feed rivers and streams, are shrinking, portending to a shortage of fresh water. All that’s left is for a stiff breeze to finish it off.