Diabetic Charts A Year’s Worth Of His Health Data 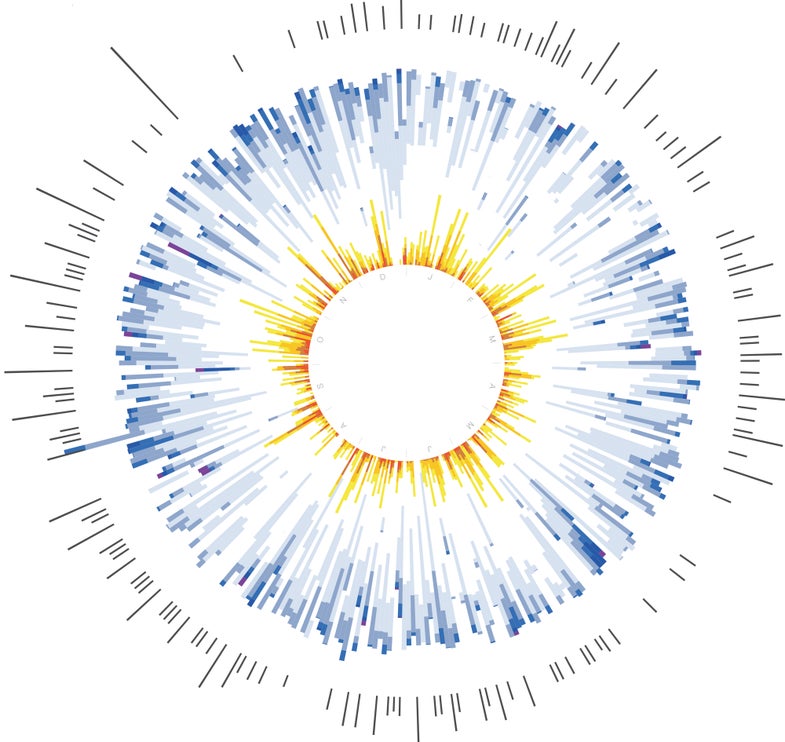 A diabetic recorded his blood sugar and activity levels over the course of a year. [Read more]. Courtesy Doug Kanter
SHARE

In 2012, Doug Kanter—diabetic since age 12—visualized his disease. He wrote software to compare his blood sugar with his activity and food. He says the feedback made for the healthiest year of his life. At the end of the project, he created this visual summary. The lengths of his running sessions appear around the outside in gray, and 91,251 glucose-monitor readouts form the iris in the center. Low blood sugar is orange, on-target appears white, and high is blue. Inspired by the experience, he created an app and visualization service called Databetes to help other diabetics.

Got a smartphone in your pocket? New apps collect your data and show you what it says—beautifully. 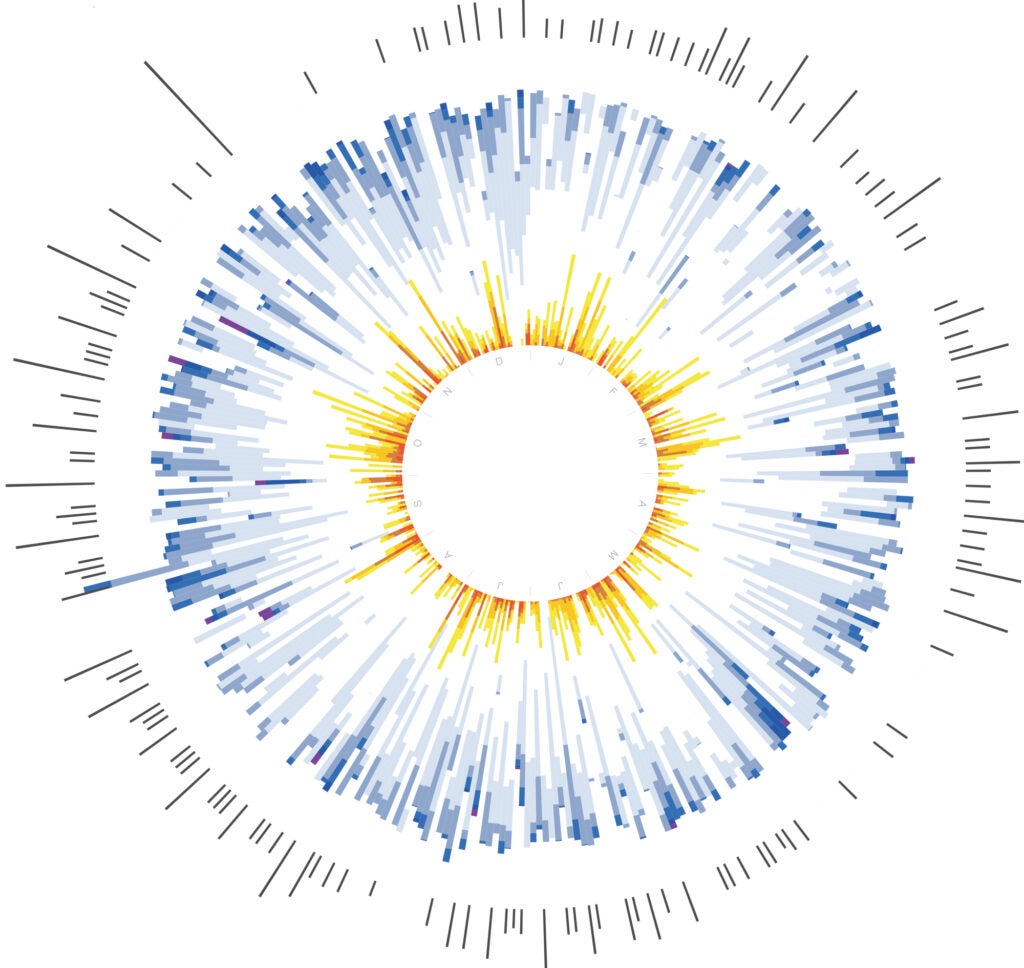 The Healthiest Year Of My Life