A diabetes-friendly guide to holiday parties

Tip: The cheese board is your friend. 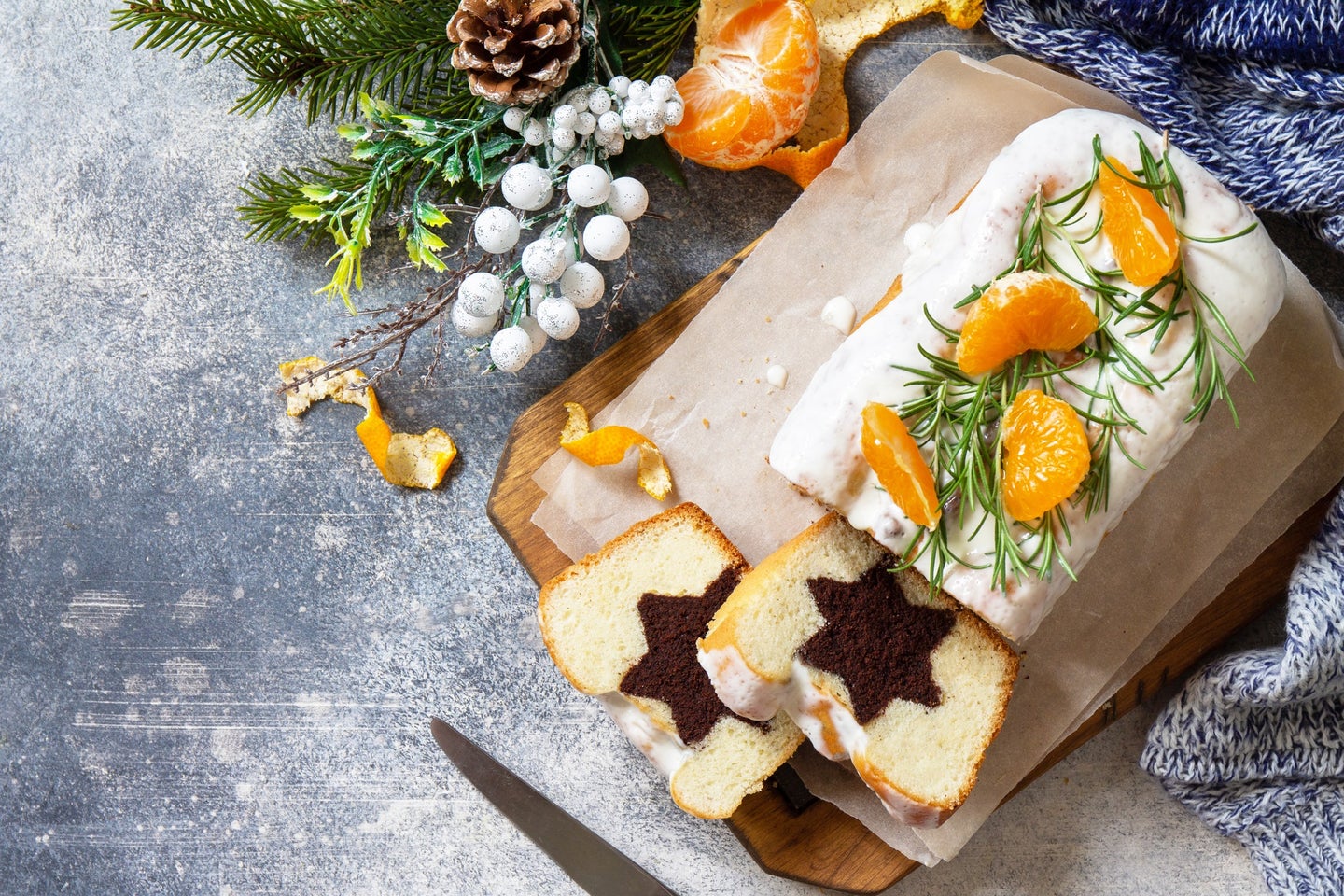 You can have your cake and eat it, too, depending on the size of the slice. Deposit Photos
SHARE

Chestnuts roasting on an open fire and the smell of cookies wafting through the air can only mean one thing—the holidays are here. For many, this is a time to see family and get some much needed R&R. But for people with diabetes, the food-filled celebrations can be a bittersweet reminder of what you can and can’t eat.

Having Type 1 or Type 2 diabetes doesn’t mean you have to miss out on all the goodies, however. Popular Science spoke with diabetes experts who agree that you can treat yourself this season—as long as you do it in moderation. “It’s okay to indulge on the holidays. They’re special,” says Carolyn Maxwell, an endocrinologist at Stony Brook Medicine in New York.

[Related: FDA approves first drug that can delay onset of Type I diabetes]

Read on for the diabetes do’s and don’ts of navigating merry feasts and festivities.

If you’re going over to a friend’s or family’s holiday dinner, there are several ways to prepare. For example, you can snack throughout the day so you’re not starving when it comes time for the big meal: Having something in your system makes you less likely to binge eat unhealthy foods, says Melissa Gaynor, a dietitian at the Pediatric Diabetes Center at NYU Langone’s Hassenfeld Children’s Hospital. You’ll also want to avoid an excess amount of carbohydrates in your main course. Holiday dinners often have turkey, stuffing, and mashed potatoes in their lineups—all of which are high in glucose-producing molecules. Gaynor says that eating a large amount of these savory dishes at one time can make it tricky to control blood sugar levels, even if you’re regularly taking insulin.

While a few carb-loaded bites won’t severely harm your health, says Gaynor, you might want to ask the host for the recipes in advance so you can keep track of what you’re eating. “There are so many websites and apps where you can type in the ingredients of a recipe and it will tell you the nutritional content and the carbs so you don’t have to guess,” she adds. Foods with a low glycemic index—a measure of how quickly they affect your blood glucose levels—are typically healthy for diabetes.

If you want more options at a communal meal, Gaynor recommends making your own dish. Not only would you have something you can definitely eat, but you’ll also know the nutritional contents without extra research. Consider bringing a veggie platter or a side such as roasted cauliflower to the party.

For those who want to fully get into the holiday spirit, having two or three glasses of alcohol at a party is not too bad for your diabetes, says Maxwell. Imbibing too much, however, can lower your inhibitions and make you more likely to indulge in food.

[Related: The best non-alcoholic drinks to sip soberly this holiday]

If you do decide to stir up a drink, skip the cocktails: They’re chock-full of liquid carbs from added juice and syrup, which can spike your blood sugar. Instead, Gaynor recommends making a mixed drink using diet or zero-calorie soda, ginger ale, or seltzer. Be sure to stay hydrated in between drinks—water and other unsweetened beverages can dilute the amount of sugar circulating in your bloodstream, keeping your glucose levels in a healthy range.

Do eat protein and fiber-rich foods

While both experts say it’s okay to have some carbs, you’ll want most of your plate made up of protein, vegetables, and high-fiber foods that “are going to have less of an effect on blood sugar,” explains Gaynor.

Fibrous fare like artichoke hearts and beans will satisfy your hunger faster, and slow down any spikes in blood sugar because the body can’t break the plant-based nutrients down. Proteins are also super filling and have a minimal effect on raising blood sugar. You can find tasty protein-rich foods in the cheeses of a charcuterie board, olives, and deviled eggs, to name a few.

When it comes to sweet treats, it’s all about portion control. If you’re going to gift yourself a small slice of cake, Maxwell recommends pairing it with fresh fruit. “There is sugar in fruit, but it’s almost always going to be better for you than everything else on the dessert table,” she notes.

[Related: How to avoid added sugars]

For heavy dishes like pie, it’s tricky to know how many carbs you’ll end up consuming. Gaynor says this is when it’s important to talk to the host about nutritional details. Even if you cut yourself a piece, be mindful of the serving size, she adds. And remember, you can bring your own dessert, too. Opt for something made with ingredients that have a low glycemic index, like almond or whole grain flour. “You’ll know exactly what ingredients went into that dish,” Gaynor says, “and you can pre-slice it so the portions are set.”

Do take a walk after dinner

Both experts recommend getting some light exercise after a meal at the end of the day. Not only would it help with digesting a big feast, but being active helps with lowering glucose spikes. That doesn’t mean you have to leave the party to hit up the gym: Research shows just a two- to five-minute walk around the block can make a noticeable difference in your blood sugar levels.