Medical Inhalers To Track Where You Are When You Puff

Every breath you take, they'll be watching you 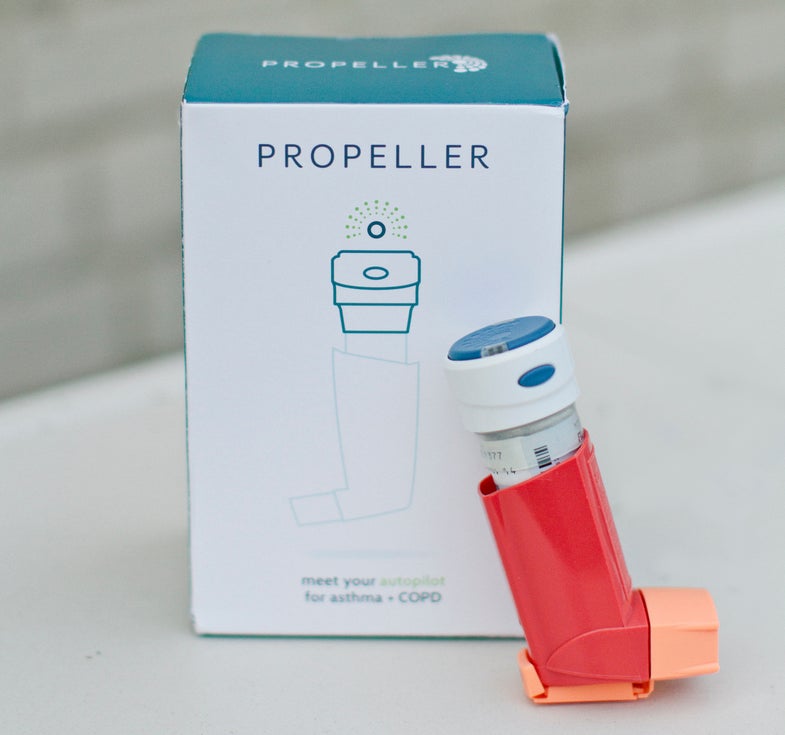 Tracking miles run and calories eaten was just the beginning. An inhaler made by Propeller Health, used for asthma and chronic obstructive pulmonary disease, records the time and location each time a patient takes a puff of medication.

The inhaler’s sensor uses Bluetooth to connect to a smartphone or a data hub that plugs into a wall. One in 12 adults has asthma, according to the Centers for Disease Control and Prevention’s 2010 report.

The device is useful to help a patient keep track of self-medication, but the geolocation data is a treasure trove for public health. The coordinates can build a map of spots in a city where citizens are having problems breathing.

The coordinates can build a map of spots in a city where citizens are having problems breathing.

“While this technology has absolute value to the individual … that same person if informed by a thousand other inhaler events would have more value,” says Ted Smith, chief of civic innovation for the Louisville metro government. Louisville, guided by Smith, has passed out 500 Propeller Health inhalers to the city’s residents.

“Louisville has always ranked in the top 5 or top 10 worst places to live in the country if you have asthma or allergies,” he says. Smith believes the data from the devices can help shape health policy, environmental planning and eventually, doctor’s visits.

“If I know you live or work in a [problem] area … I may up the dose of your maintenance medication. I may have a nurse call you and check in on you because I know you’re in a potentially more hazardous zone. You wouldn’t know that if you only had one patient’s data,” says Smith.

It’s not the only wearable to gauge a city’s air quality. For instance, the Breathe badge does the same via a small box worn on the shirt or pants. But Propeller Health’s advantage comes from the inhaler’s familiar, everyday use.

Smith doled out two varieties of inhaler in Louisville: the normal, so-called maintenance inhalers and rescue inhalers, those not used regularly but employed when a patient feels the oncoming symptoms of an attack – coughing, wheezing, tightness or pain in the chest.

For 13 months, Louisville collected the frequency, time and location of 5,400 uses. The resulting map is now available online. Next year, Louisville will be doing a similar initiative with 10,000 inhalers.

Dr. Lawrence Madoff, an epidemiologist at the University of Massachusetts Medical School in Boston, says this is a new trend in public health. “The patient or the public is actually participating in their surveillance directly. You’re moving back closer to an event actually happening – when does someone get sick? When do they show symptoms? When do they first report something going on?”

In the future, such tracking may be standard. Amiko, a startup that works on patient compliance, is banking on it. They aim to mitigate the $290-billion-per-year problem of making sure patients take their medication (according to the New England Healthcare Institute) by syncing an inhaler with a smartphone app to provide reminders and feedback when the inhaler has been used improperly. While Amiko failed to meet its goal on Indiegogo, they’re moving forward and by mid-March of 2015, hope to test it with a few thousand patients.

We aren’t far from a scenario where the problem isn’t collecting data, it’s analyzing it, says Madoff. In other words, he says, the next question is: “How do you sip from the firehouse? How do you interpret vast amounts of data that are flowing all the time — make sense of it? Make it useful?”