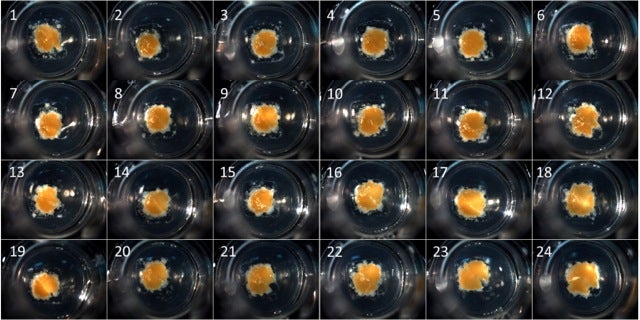 You can now buy your own, tiny, 3-D printed livers. Haven’t you always wanted one?

Last year, Popular Science visited the 3-D bio-printing company Organovo to see the livers, then in development. Now, the livers—each “roughly” hexagonal in shape and just a few millimeters in size—will be ready for sale to pharmaceutical companies this month.

The idea is that companies can use the printed tissue to test whether experimental drugs are safe for human livers. Meanwhile, Organovo is building the knowledge it needs to print out larger patches of organ-specific tissue, which doctors could potentially graft onto ailing organs in the future. “If you could get to something large enough to get to, for example, 10 percent of an organ’s function, it can significantly benefit the patient,” says CEO Keith Murphy. Organovo is working on early animal tests for its organ patches.

As we reported in 2013, the sci-fi goal for research like Organovo’s is to print full organs that would be available for transplants one day. “I believe that could happen in my lifetime,” chief technology officer Sharon Presnell told Popular Science at the time. 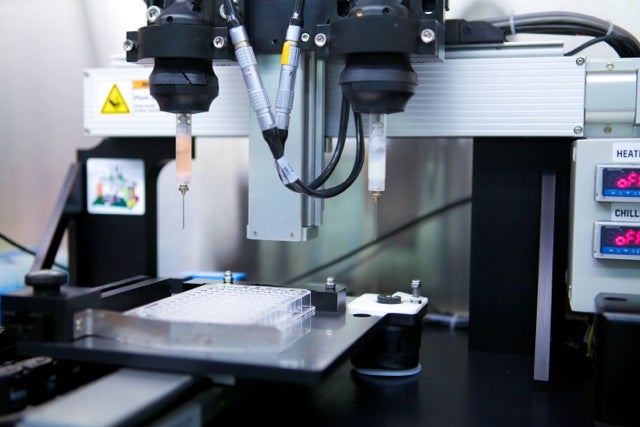 Why this stop in teeny livers along the way? Liver-safety tests are an essential part of testing new drugs. The liver is the body’s natural detoxifier, so nearly every drug a person takes eventually makes its way there. Normally, labs and companies perform liver-safety tests in lab rats and in single layers of liver cells called hepatocytes, grown in Petri dishes. Tests in rats and Petri dishes don’t always reflect what happens when a human takes a drug, however. The most common reason that new drugs are later recalled is because they harm the liver in ways that researchers didn’t expect from their lab experiments.

Organovo thinks its 3-D printed livers can provide a better picture of how drugs interact with human livers. 3-D printing helps researchers build living tissues one cell at a time. Organovo took advantage of this to build model livers that have three different types of cells that appear in actual human livers. There are hepatocytes; stellate cells, the second most common cell type in the liver after hepatocytes; and endothelial cells, which line blood vessels in real livers. In the mini-livers, the endothelial cells make channels that carry the nutritional liquid technicians use to feed the livers.

The cells are even arranged a bit like they are in human livers, where the cells form a hexagonal honeycomb structure. The hexagons are able to stay alive, producing certain liver proteins, for at least 42 days, compared to the 48-hour lifespan of hepatocytes in a dish.

The result is a tissue that’s supposed to react more like human livers do to experimental drugs. In one Organovo experiment, researchers tested a drug that had been U.S. Food and Drug Administration-approved, but then recalled, because of its effects on the liver. (Murphy declined to name the drug because Organovo does not own the data from the experiment. The pharmaceutical company Roche owns the data.) No Petri-dish or lab-animal test showed the drug would harm the liver… but the Organovo model liver did.