The device takes over the duties of a typical pancreas in people with type 1 diabetes. 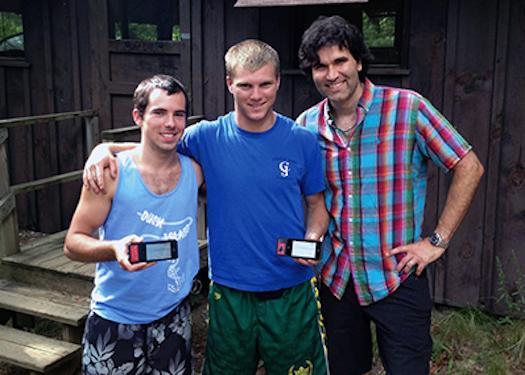 “The performance of our system in both adults and adolescents exceeded our expectations under very challenging real-world conditions,” the device’s lead engineer, Ed Damiano of Boston University, said in a statement.

Like a natural pancreas, Damiano’s device automatically monitors wearers’ insulin levels. When needed, it administers doses of insulin and glucagon, two hormones that healthy pancreases make to regulate people’s blood sugar levels. In other words, the bionic pancreas does automatically what type 1 diabetes patients have to do manually, far more frequently than any person could—every five minutes, 24 hours a day. The device is about the size of a cellphone and people wear it on the outside of their bodies.

People with type 1 diabetes don’t make insulin like typical people do. (Those who have advanced type 2 diabetes—the far more common type, that usually arises from poor diet—may also not make enough insulin. This artificial pancreas, however, is designed only for type 1 diabetes.) If type 1 diabetes patients don’t keep measuring and managing their blood-sugar levels with insulin injections, they can have serious complications. But it’s hard for people, especially kids, to check their blood sugar as often as they’re supposed to. It’s also impossible for them to do so while they’re sleeping, leading to hours-long stretches when patients’ blood-sugar levels are out of whack.

“Some kids were having ice cream sundaes and French fries and forbidden foods, just to see if the device could handle it,” one 76-year-old tester told Bloomberg.

Several research groups have looked into making bionic pancreases to automate the check-and-inject process. Last year, Popular Science reported on a similar, but simpler, auto-monitoring device that got U.S. Food and Drug Administration approval. Challenges to making a really effective, convenient device include figuring out when to best inject glucagon, or whether to use it at all. Now, the standard is for type 1 diabetes patients to give themselves insulin injections only, but some scientists think glucagon could help bionic pancreases work more effectively. It’s also an ongoing challenge to figure out how a bionic pancreas should deal with the many normal things that people want to do that dramatically affect their blood sugar levels—everything from eating carbohydrate-heavy meals to serious exercise, such as long-distance running.

Damiano and his team found their device controlled blood sugar levels better than conventional monitoring in 52 adults and adolescents, Bloomberg reports. Among the testers were young adults under the age of 20 at a summer camp for kids with diabetes. The testers each used the device for five days, some putting it through its paces. “Some kids were having ice cream sundaes and French fries and forbidden foods, just to see if the device could handle it,” one 76-year-old tester told Bloomberg. “. . . the bionic pancreas handled it.”

Damiano and his colleagues want to do larger trials, which they will need to get FDA approval for the device. The researchers will publish their current results in the New England Journal of Medicine.