Bed Bugs And Chagas Disease: Don’t Worry Quite Yet

Scientists have been trying to figure out whether bed bugs can make people sick for more than a century. In... 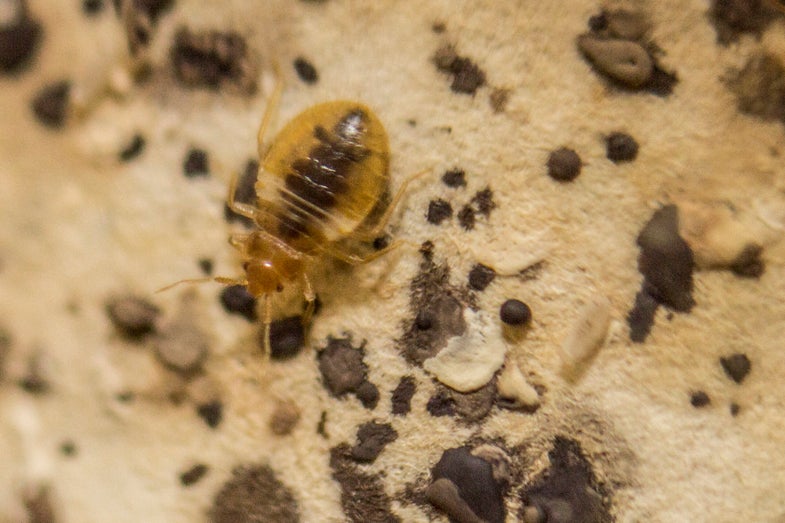 Scientists have been trying to figure out whether bed bugs can make people sick for more than a century. In the early 1900s, they tested the bugs for everything from leprosy to plague; in the 1970s, it was hepatitis B; and in the 1980s, especially during the height of the AIDs panic, scientists were feeding bed bugs blood laced with HIV to see if the virus could replicate in their tiny bodies. From these tests and others, dozens of pathogens have been detected in the bed bug, but, so far, none have proven capable of spreading from the pest to a human.

Now, a joint research team from the United States and Peru has revisited whether or not the bed bug can transmit Trypanosoma cruzi, the parasite that causes Chagas disease, a potentially fatal illness that is mainly endemic in Latin America although it is also creeping into Texas. The parasite typically spreads via the kissing bug, which is a bigger and meaner relative of the bed bug. Unlike most insect vectors, which transmit pathogens when they bite, kissing bugs spread T. cruzi through their feces. The parasite usually works its way into a person through scratches in the skin or the membranes around the mouth or eyes.

The new research—which published earlier this week in the American Journal of Tropical Medicine and Hygiene by researchers from Universidad Peruana Cayetano Heredia in Peru, Johns Hopkins Bloomberg School of Public Health, and University of Pennsylvania School of Medicine—showed that bed bugs can spread T. cruzi to and from mice in a series of three experiments.

According to Michael Levy, a disease ecologist from the University of Pennsylvania School of Medicine and one of the authors of the study, the researchers found an old French paper from 1912 that suggested bed bugs could transmit the parasite to mice. The team decided to replicate the study, particularly because Chagas is common in Peru and they had access to both T. cruzi parasites and bed bugs.

“It was too important not to replicate the old work,” Levy says. “I’m glad we did because it turned out the old work was just showing oral transmission—the mice ate the bugs. We then added some new experiments to get at the key point, that bed bugs can transmit the parasite by the usual route—through their feces.” 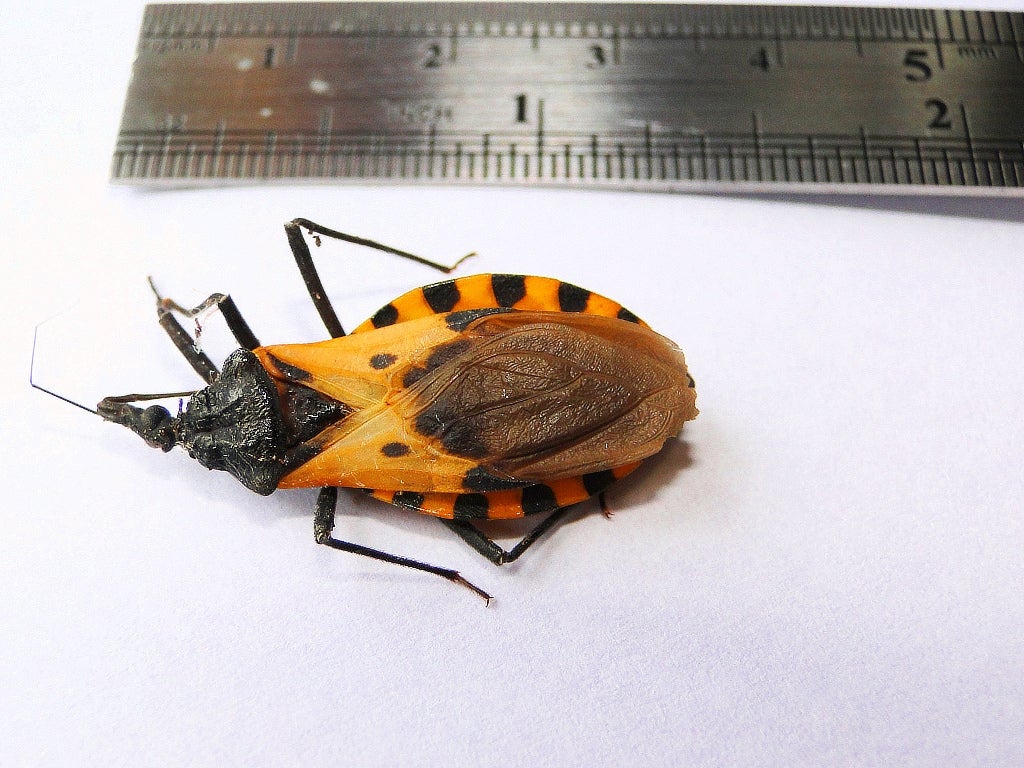 The kissing bug, the main vector of the parasite Trypanosoma cruzi, which causes Chagas disease

Still, there is no evidence that bed bugs can transmit T. cruzi to people and it’s too early to guess whether it’s possible. “I think it was a good paper and a well-done preliminary experiment,” says Jenni Peterson, a PhD student at Princeton University who studies the ecology of infectious disease and specializes in Chagas disease. “Chagas disease transmission is complex and dependent on a number of factors and so it is premature to say much more than this.” Peterson, who was not part of the research team, also points out that the exact timing of the bed bug defecation will be important. If bed bugs don’t typically poop on people after a bite, transmission is less likely.

Bed bugs also have different behavioral patterns than kissing bugs, which could affect the spread of the parasite. For example, bed bugs don’t typically move around as much as their cousins, which might mean they’re able to bite fewer people, lessening the chance of transmission. Chagas disease in endemic areas also involves reservoirs of non-human animals that can host T. cruzi including guinea pigs—which are raised for food in Peru—and dogs. Bed bugs do feed on a variety of animals in the lab. In parts of Eastern Europe, some populations of bed bugs feed on wild bats, although these particular bed bugs don’t interact with people, and there are also anecdotes from pest controllers that the bugs occasionally feed on pets. Still, it isn’t clear whether bed bugs would regularly feed on animals in or near a home when a human host is available.

Stephen Doggett, a medical entomologist at Westmead Hospital in Australia who also wasn’t part of the research team, thinks this line of research will go the same way as the many past attempts at linking the bed bug to disease. While Doggett says that T. cruzi is the most likely pathogen to be spread by bed bugs, he adds: “I suspect that this paper will make a lot of noise as many scientists want evidence that bed bugs transmit disease-causing pathogens, simply to improve their chances of gaining research funding. Thus we need to take this paper in the context of what it is: no big surprise and really of very little scientific consequence, as there is no risk to those bitten in non-endemic areas for the disease.”

Of course, for people in endemic regions, there is a need to explore the transmission further. Levy and his team plan to test bed bugs in the homes of people with Chagas in Arequipa, Peru, as well as from US homes where Chagas is virtually absent.

“It’s important to remember that bed bugs can only carry the parasite, they aren’t the cause of a disease,” says Levy. “If you live in a house with bed bugs you are not at risk of Chagas disease unless there is already somebody with Chagas disease in the house. If you have Chagas disease, and live in a house with bed bugs, it is critical to have the house treated quickly and professionally—otherwise you could pass the parasite to the bed bugs, and they could then infect others.”

Bed Bugs, The University of Kentucky