A rare gas is leaking from Earth’s core. Could it be a clue to the planet’s creation?

Escaping helium suggests our world may have formed quickly in a young solar system. 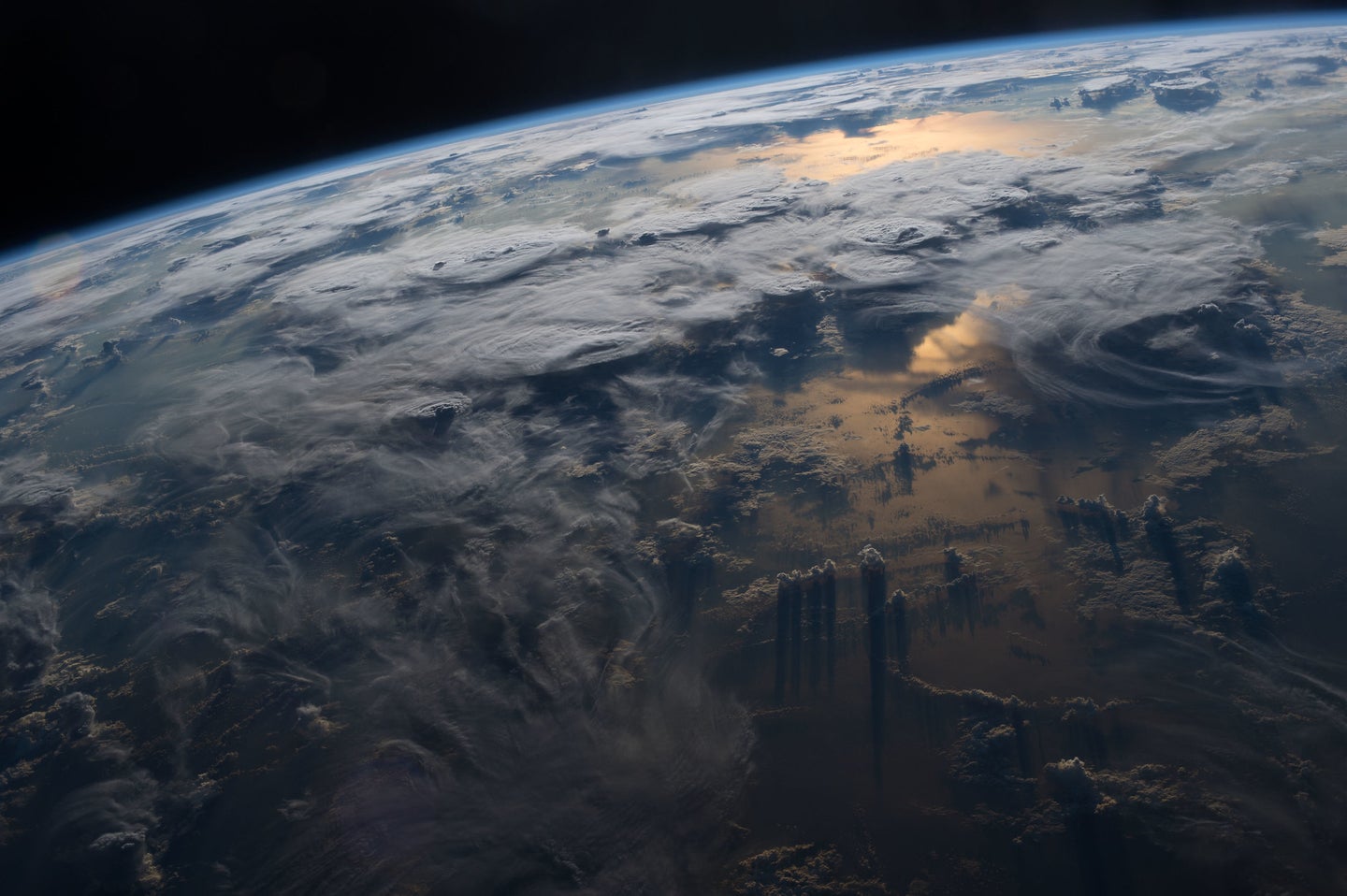 A rare form of helium may have flooded Earth’s core during the planet’s formation in the hot, early stage of our solar system, according to a study published this week. Measuring that helium and other gasses trapped deep in Earth could give vital clues as to how it and other planets formed. If a new model is correct, our planet may have had a swifter birth than scientists had previously hypothesized.

The precise way Earth formed is still an “outstanding question,” says Zachary Sharp, a geochemist at the University of New Mexico and an author of the study published in Geochemistry, Geophysics, Geosystems. Typically, scientists think the proto-Earth and other planets in the early solar system formed gradually as dust accumulated, clumping into larger and larger chunks, he says. But ancient helium trapped deep in Earth could indicate a different story.

The key to understanding that story is a rare isotope called helium-3. There are two different types of helium atoms, called helium-3 and helium-4, which differ in mass by one neutron. Helium-4 can form on Earth through the radioactive decay of heavier elements, but our planet has a finite supply of helium-3, which was trapped in Earth when it formed, Sharp says. This ancient helium-3 makes up a tiny fraction of a percent of all Earth’s helium. So little helium-3 escapes from deep underground each year that the gas would only fill about 50 birthday balloons, Sharp says.

The early solar system had a sun-centered cloud of gas and dust called the solar nebula, which most researchers think dispersed after one million or two million years, Sharp says. For decades, astronomers’ go-to explanation has been that grains of dust in the nebula conglomerated into larger particles. These got bigger and bigger until they formed objects miles across, which then crashed into each other “like bumper cars,” Sharp says, ultimately bulking up to planet size.

But Sharp and his co-author, Peter Olson, have proposed a new model for an alternate, long-debated idea for the creation of Earth and other planets: That the worlds “formed quickly in the presence of the solar nebula,” Sharp says. Small, pebble-sized chunks would have streamed towards the sun from all over the outer reaches of the solar system. Then, as the protoplanets swept around the sun, they would have picked up these pebbles and built up their mass quickly—in about two million years, while the nebula still existed, rather than several million years after it vanished.

In this speedier scenario, Earth’s gravity would have pulled in a dense, thick, and high-temperature atmosphere from the solar nebula. Earth would have been hot, harboring a “magma ocean” over its surface, Sharp says.

Under these conditions, the gasses in the atmosphere would dissolve into the magma ocean. Sharp likens this effect to the inside of a soda can, where high pressure forces the carbon dioxide inside the soda pop. Then—in the same way that a soda goes flat when left open—when the surrounding pressure is gone, atmospheric gasses gradually get released.

[Related: Astronomers just mapped the ‘bubble’ that envelopes our planet]

Sharp says he and Olson recognized that because so much helium was forced into this magma ocean under the high-pressure atmosphere, the element would eventually mix throughout Earth and get stuck in its metallic core.

They think that helium travels all the way up from the core, to the mantle, and “oozes out of the Earth” from mid-ocean ridges where the tectonic plates pull apart. This helium also emerges from “hot spots” in places like Hawaii, Yellowstone, and Iceland, where plumes of magma rise from deep underground, Sharp says. The helium is so light that it rises high in the atmosphere and gets lost to space. If helium-3 escapes in this way, a gradual formation of Earth would make it hard to explain how the gas became trapped in the core, Sharp says.

“If their model is right, then this means that the Earth accreted in the presence of solar nebular gasses,” meaning hydrogen and helium, says Francis Nimmo, a planetary scientist at the University of Santa Cruz who was not involved with the study. This, in turn, means Earth must have formed quickly—faster than scientists currently think it did, Nimmo says.

Nimmo notes that “the paper has to make a lot of assumptions” about the conditions in the early solar system and proto-Earth, which other researchers will likely explore and pick apart in future work. For example, they might gather more experimental evidence for how easy it is to dissolve helium into metals at high temperatures and pressures, like Sharp and Olson suggest happened within Earth’s magma ocean.

What this study tells us about Earth’s formation will also be relevant for explorations of stars and exoplanets elsewhere in the universe, Sharp says. Perhaps planets in other solar systems, too, swiftly formed in a gassy nursery around young stars.