When a satellite becomes unresponsive in orbit, there’s not much to be done — engineers can try in vain to... 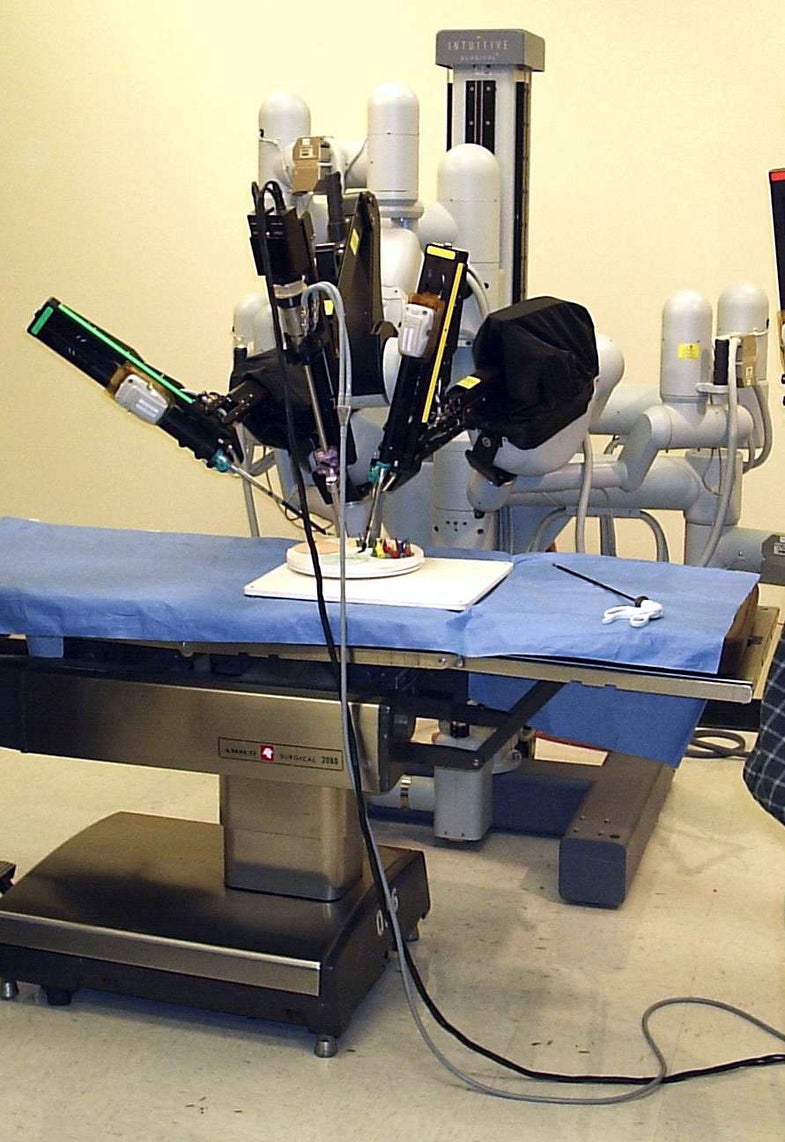 When a satellite becomes unresponsive in orbit, there’s not much to be done — engineers can try in vain to hail the spacecraft and send it instructions, or perhaps blow it up in a show of bravado. But fixing it is pretty much out of the question, especially now that the space shuttle is retired.

But what if a remotely operated robot could do the job? Engineers at Johns Hopkins University have been working with a da Vinci surgical robot in a test of long-distance mechanical repair — call it satellite surgery.

On Nov. 29, graduate students Tian Xia and Jonathan Bohren used a modified da Vinci medical console to manipulate an industrial robot at NASA’s Goddard Space Flight Center in Greenbelt, Md., about 30 miles away. The console was the same type used in cancer and cardiac surgery, and it was equipped with a 3-D eyepiece that let the students see and guide the robot remotely, as well as haptic feedback sensors. The robot was not a da Vinci, but an industrial machine.

The effort is part of a NASA research grant to West Virginia University, which teamed up with Johns Hopkins, according to a Hopkins news release. The team has designed several practice tasks to simulate conducting satellite surgery, including how to compensate for a communications delay at long distances — the far side of the moon, for instance. Next up is a test of a tape removal procedure, in which a da Vinci bot will be used to cut the plastic tape that fastens a satellite’s thermal insulators. Removing the tape and the insulating blanket would be required to expose a satellite’s refueling port, the Hopkins news release says.

There are obviously several other logistical issues to work out, including how one would get a da Vinci bot into space and nestled up to an ailing satellite. But robotic satellite repair is not a new concept — the Dextre robot, for instance, helped astronauts repair the Hubble Space Telescope. Robot repairmen could be even more effective if they could be controlled like the da Vinci, and if they had that robot’s incredible precision. Eventually, robotic satellite surgery could save money and cut down on space junk, the researchers believe.

And it’s less wasteful, according to Xia: “It would be like driving a fancy car and then ditching it after it runs out of fuel,” he said. “We already have a lot of computer-assisted surgical technology here at Johns Hopkins. We could use some of it to help fix and refuel satellites.”