Why The Deadly Sandstorm In ‘The Martian’ Is Impossible

A matter of momentum 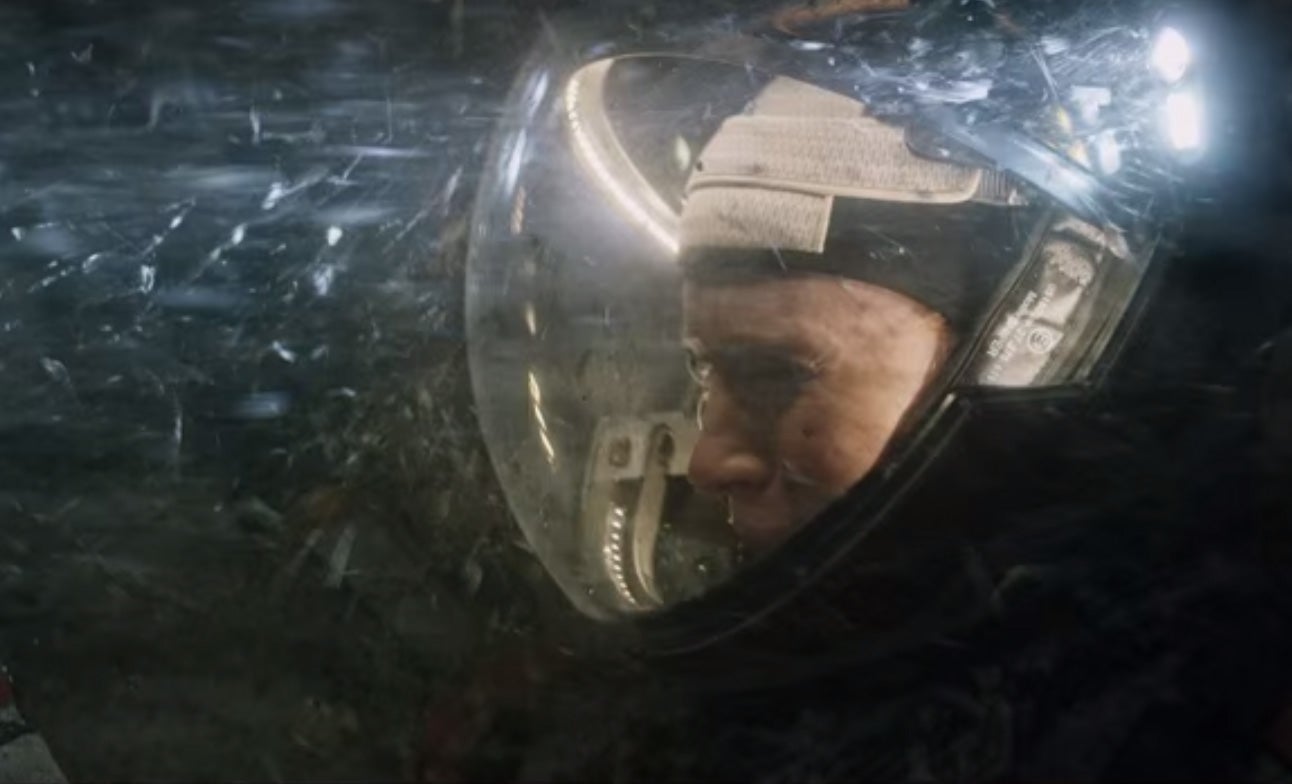 Let’s get one thing straight: The Martian is a darn good movie and you should definitely go see it when it comes out. (Or better yet, read the book!) In addition to just being a great tale about man versus nature, the story is a culmination of years of research by the author and computer programmer, Andy Weir, and it’s pretty accurate as a result.

Although we’ve noted a few nitpicky quibbles, the story does have one gaping technical flaw: the sandstorm that leaves astronaut Mark Watney injured and abandoned on Mars never could have happened.

When the Ares 3 crew runs into a dust storm with 105-mph winds, the team is ordered to evacuate, out of fear that their return ship might topple over. As the crew struggles against the winds to reach the vehicle, a flying piece of shrapnel hits Watney, and his crewmates assume he’s been killed.

It’s true that Mars’ sandstorms can be massive, enveloping the entire planet in shadow for days or weeks. And they can be quite wild, with winds topping out above 100 miles an hour. But it would feel a lot different from a 100 mph storm here on Earth.

“If I were standing on Mars, a 100-mile-per-hour wind is going to exert the same effect on me as about an 11-mph wind on Earth,” Dave Lavery from NASA’s Solar System Exploration program told Popular Science. According to the Beaufort Wind Force Scale, that’s a gentle breeze.

“So you wouldn’t get that level of damage, or big pieces flying through the air, causing all these events to happen,” says Lavery.

Why are Martian sandstorms so much less powerful? It all has to do with the density of the atmosphere.

Mars’ atmosphere is only about 1 percent as dense as ours, “as if you were standing on a 100,000-foot mountain on Earth,” says Lavery. (That would be about three times higher than the peak of Mount Everest.)

“You wouldn’t get that level of damage, or big pieces flying through the air.”

Because the atmosphere is so much thinner, the amount of energy in its winds is much lower. The energy is determined by how much air there is, and how fast it’s moving. Or in other words, momentum = mass times velocity. Assuming velocity is constant, having fewer molecules in the air lowers its mass, which brings down its momentum.

Conversely, “the thicker the atmosphere is,” says Lavery, “the more energy it’s able to store as it moves, and therefore the more stuff it can pick up.”

As a result of its thin atmosphere, winds on Mars carry about one-tenth of the energy of those on on Earth.

Mars’ weak gravity is partly to blame for its tenuous atmosphere. With one-third the gravity of Earth, the red planet has a harder time holding onto its air molecules. Gravity’s pull on the air column is weaker, so the air pressure is lower and the molecules are more spread out. And without a strong magnetic field to protect it, Mars’ already thin atmosphere is constantly being pelted with solar radiation that breaks apart the air molecules and sends them flying off into space.

But don’t let all this stop you from enjoying the movie and/or book. There are plenty of ways for Mars to try to kill us. And in fact, even though the winds of Martian sandstorms probably won’t be causing any near-death experiences, sandstorms can be deadly in a different way–via lightning. All those sand particles swirling around together can stir up electric charges that could certainly cause problems for future Martians. “Andy [Weir] has said, ‘Had I known that at the time, I could make lightning make this whole thing work,'” says Lavery, adding helpfully, “Meteorites would work, too.”