This Is What Traveling To Mars Does To Your Brain

Isolation study results reveal astronauts would be stressed and bored 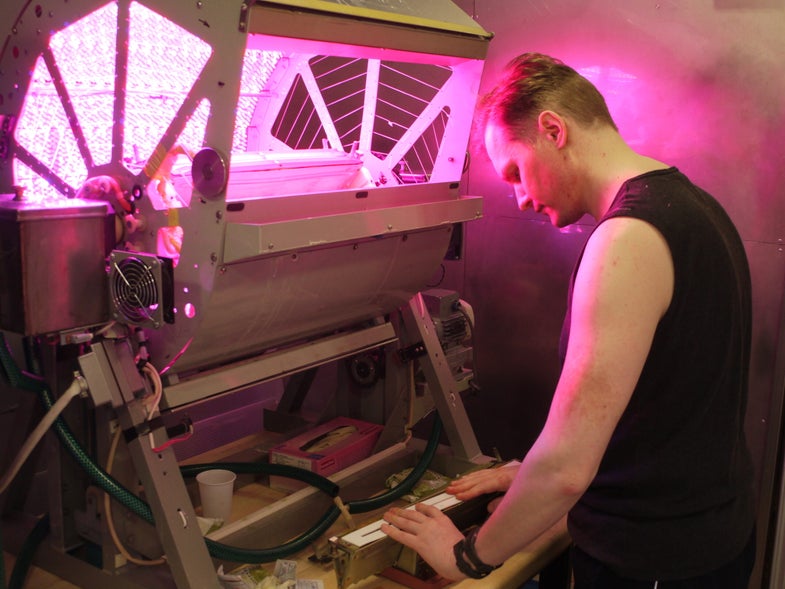 Future Mars astronauts will have more to contend with than just the unforgiving, vacuumous expanse of space separating Earth from the Red Planet (140 million miles, on average). In an experiment meant to simulate a journey to Mars, 18 months of isolation caused participants to have high stress levels and low brain activity, according to a study recently published in Physiology and Behavior.

Starting in 2010, six men voluntarily went into a small habitat outside Moscow, Russia for that length of time (one-and-a-half Earth years). The intention of the study, called Mars500, was for researchers to better understand what can happen to people’s bodies and minds as a result of long periods of isolation. They were especially interested in the brain: “The influences of long-term confinement on the human brain are barely investigated,” the researchers write. Based on shorter earlier studies, the researchers suspected that exercise would counter the stress and boredom of the isolation.

As part of the study, every 60 days the participants took EEG measurements to record their brain activity and gave saliva samples to indicate their levels of cortisol, a stress hormone. The participants would exercise on special equipment for 30 minutes, taking EEGs before and after.

Though the experiment was conducted a few years ago, the data has just started to trickle out over the past two years. In this study the researchers found that, over the course of the study, the participants had much less brain activity in the form of alpha and beta waves, which indicate levels of relaxation and conscious, logical function respectively. The cortisol levels were high for almost the entire isolation period. But after exercise, brain waves increased, and cortisol levels decreased. The researchers conclude that, though the volunteers were stressed and bored in isolation, regular exercise could help.

Over that long a period, though, exercise can’t replace an active and non-monotonous lifestyle. But, interestingly, the participants didn’t have any long-term effects and returned to normal brain function and cortisol levels as soon as their confinement ended; though stress can have many long-lasting effects on the body and mind, it appears that 18 months isn’t long enough to do any permanent damage.

That’s good news for the dozens of aspiring astronauts looking to colonize Mars. But it also means that they’re going to have a very boring ride over, and that they will have to offset the effects of isolation with exercise, even if they don’t feel like it (earlier studies had reported a loss of motivation to exercise even in shorter timeframes). For the people planning the missions, it also means that some of the vessel’s limited space will have to be taken up by exercise equipment in order to keep the crew from going completely crazy. While obviously hard on the participants, the results of the study will help any future astronauts on the order of the fictional Mark Watney stay as mentally healthy as they can on the voyage of a lifetime.