I remember when you were this big Looking up at the peak of Denali from the Kahiltna glacier, the survey team's starting point. Blaine Horner, CompassData
SHARE

If you give a mountain a new name, its probably going to ask for a new elevation to go with it. Just days after President Obama ordered the highest peak in the country to be renamed Denali, the United States Geological Survey (USGS) decreed today that the mountain was officially 20,310 feet tall…10 feet shorter than its previous elevation.

So does this mean Denali shrunk? Nope. It just means that we are way better at measuring things now than we were in the 1950’s. Back in 1953, when the last survey was taken, researchers didn’t have Global Positioning Systems. They relied on maps, math, and traditional surveying techniques.

This isn’t the first time that the task of re-measuring Denali has been attempted. In 2013, radar measurements of the mountain taken from an aircraft, measured the height at 20,237 feet tall, much shorter than the assumed height of the summit. But the airborne measurement was designed to take broad, general measurements, not pinpoint the exact height of a summit. The only way to put the matter to rest was to send a team up to the top of a mountain loaded with equipment and supplies.

The survey itself took place in June, with a scientific team of four setting off for the peak on June 15, and not arriving back to base camp until June 29. Click through the gallery above to see what they went through in pursuit of Denali’s new elevation.

“No place draws more public attention to its exact elevation than the highest peak of a continent. Knowing the height of Denali is precisely 20,310 feet has important value to earth scientists, geographers, airplane pilots, mountaineers and the general public,” Suzette Kimball, USGS acting director said in a statement. “It is inspiring to think we can measure this magnificent peak with such accuracy.” 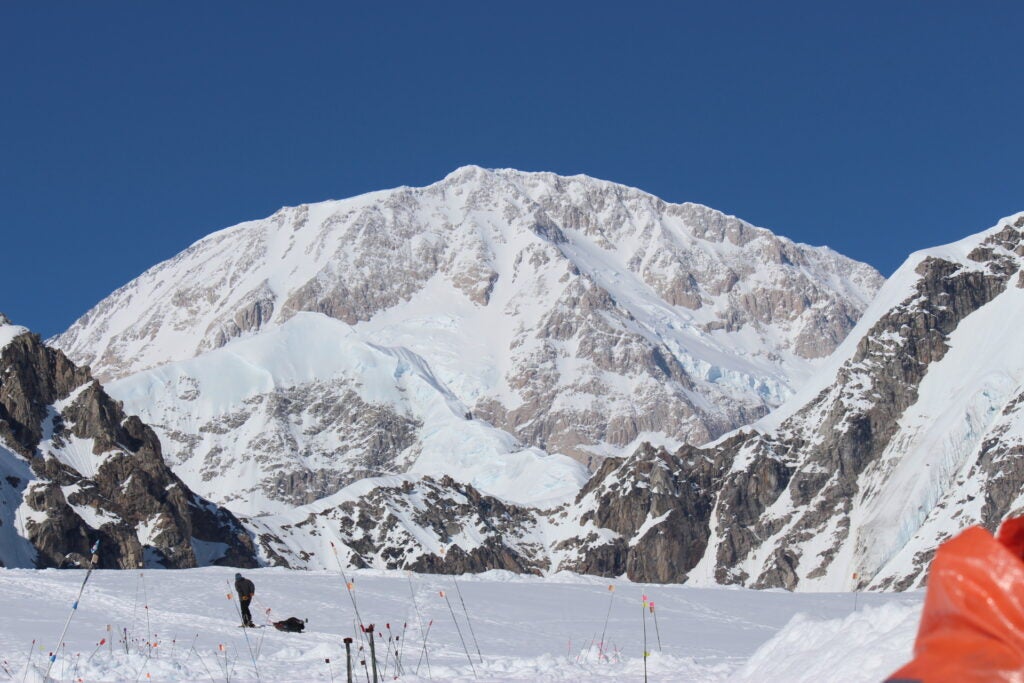 Looking up at the peak of Denali from the Kahiltna glacier, the survey team’s starting point. 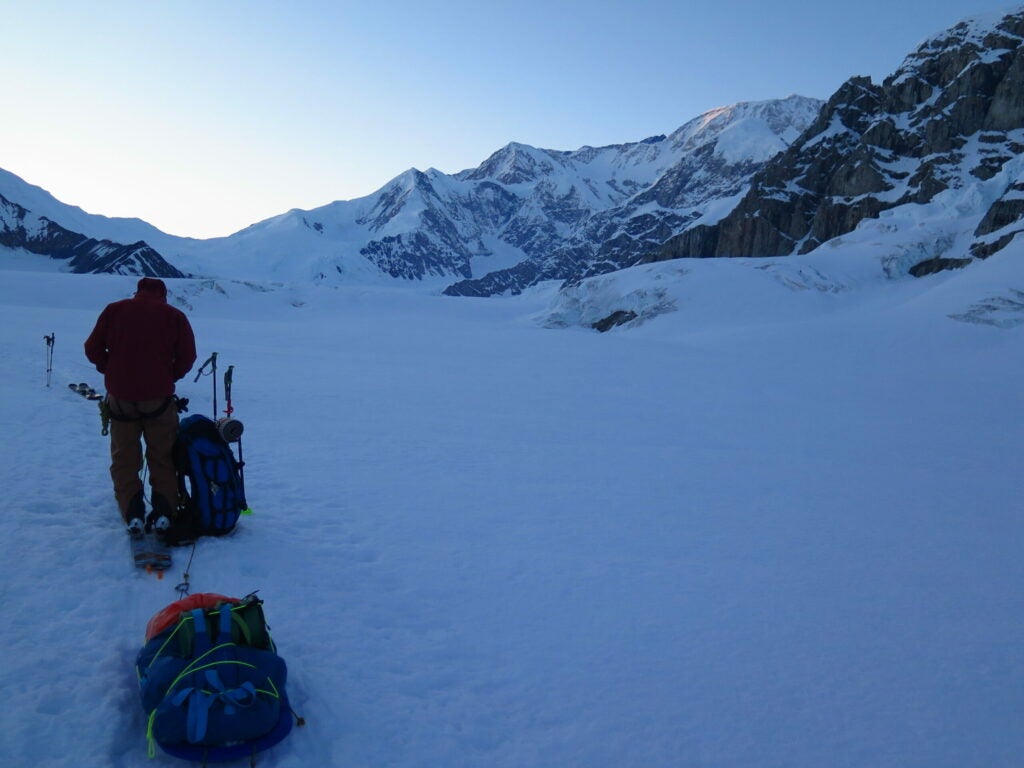 In order to cross the glacier safely, the group travelled during the coldest part of the day, between 11 pm and 5 am. 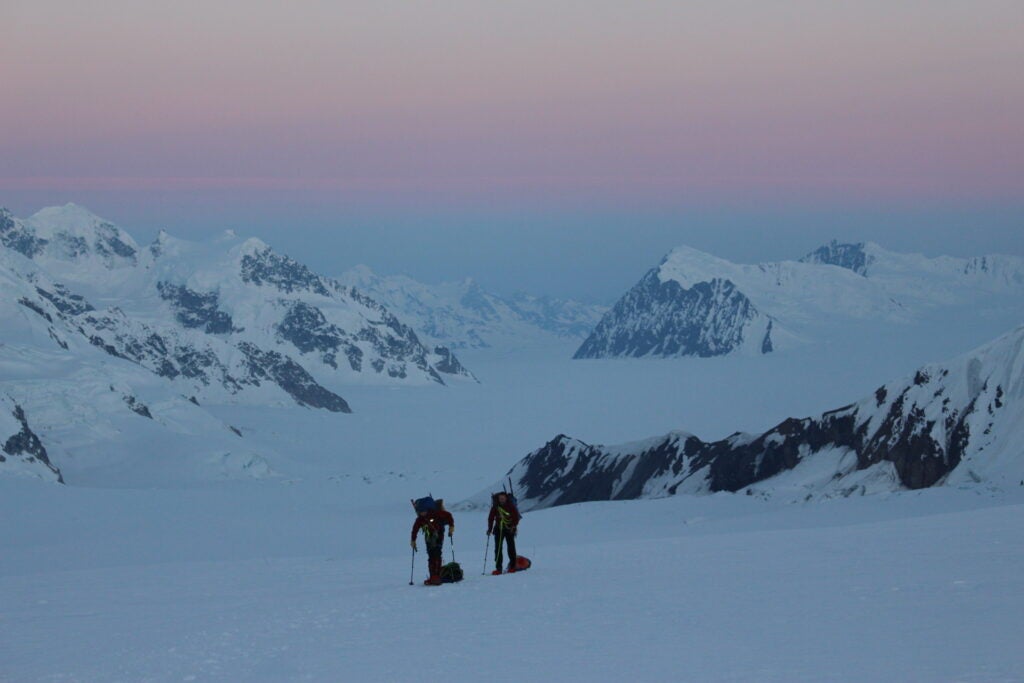 The researchers pulled sleds filled with equipment and supplies. Some of the supplies had been insulated and placed on the mountain before the trip, waiting for the group to pick them up. 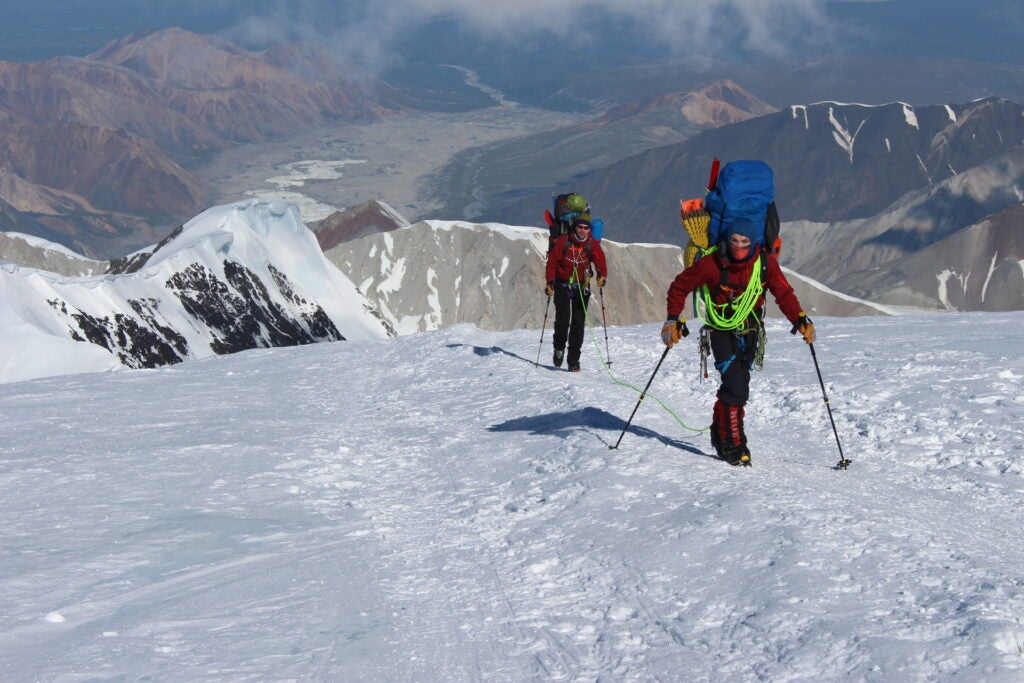 It took nine days for the team to finally reach the summit, on June 24. 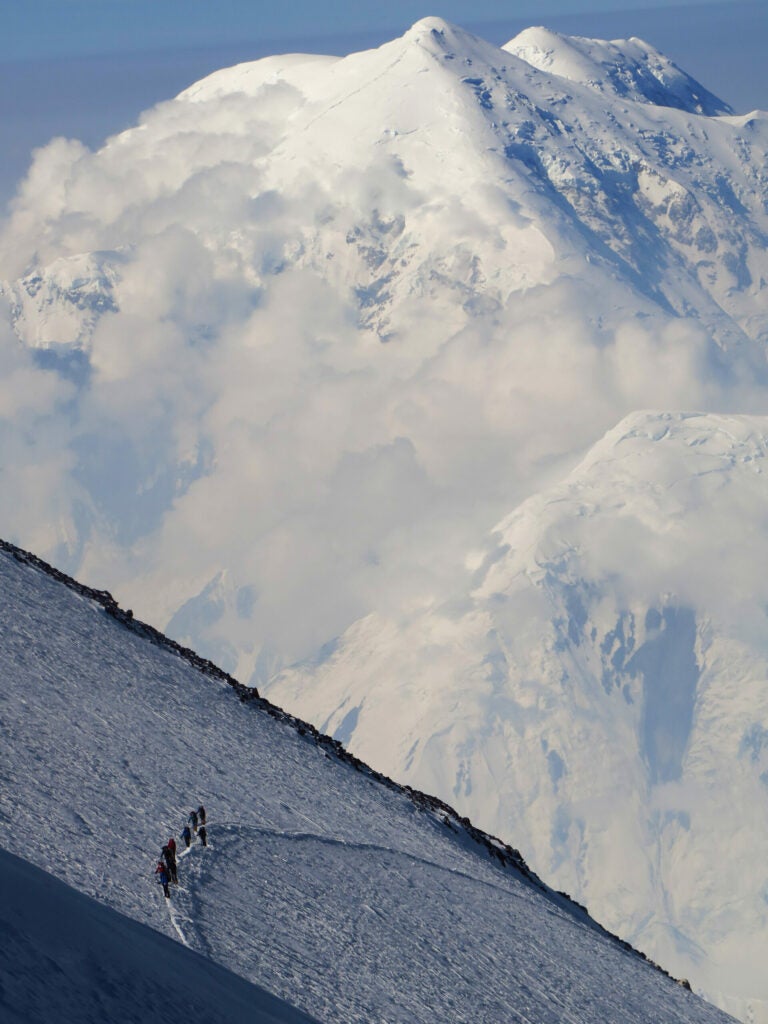 Among other challenges, the team had to cross the ‘Autobahn’ a section of the mountain located between the elevations of 17,000 and 18,400 feet. It is part of the final leg before the summit, but is extremely steep, dangerous, and very, very cold. 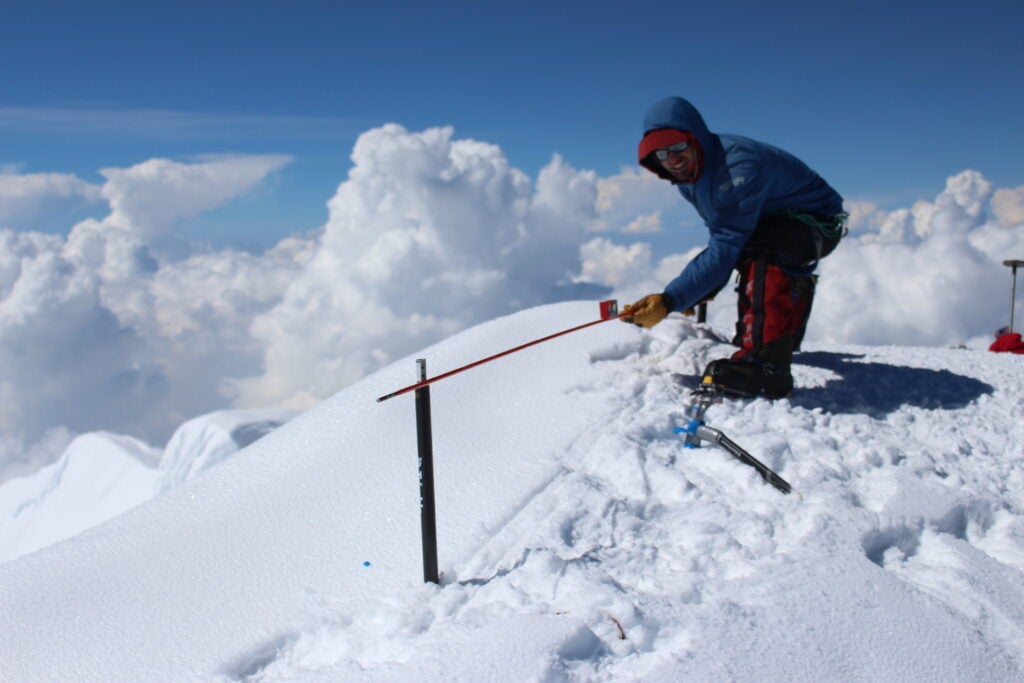 Once at the top, the team located the summit and set up their instruments. 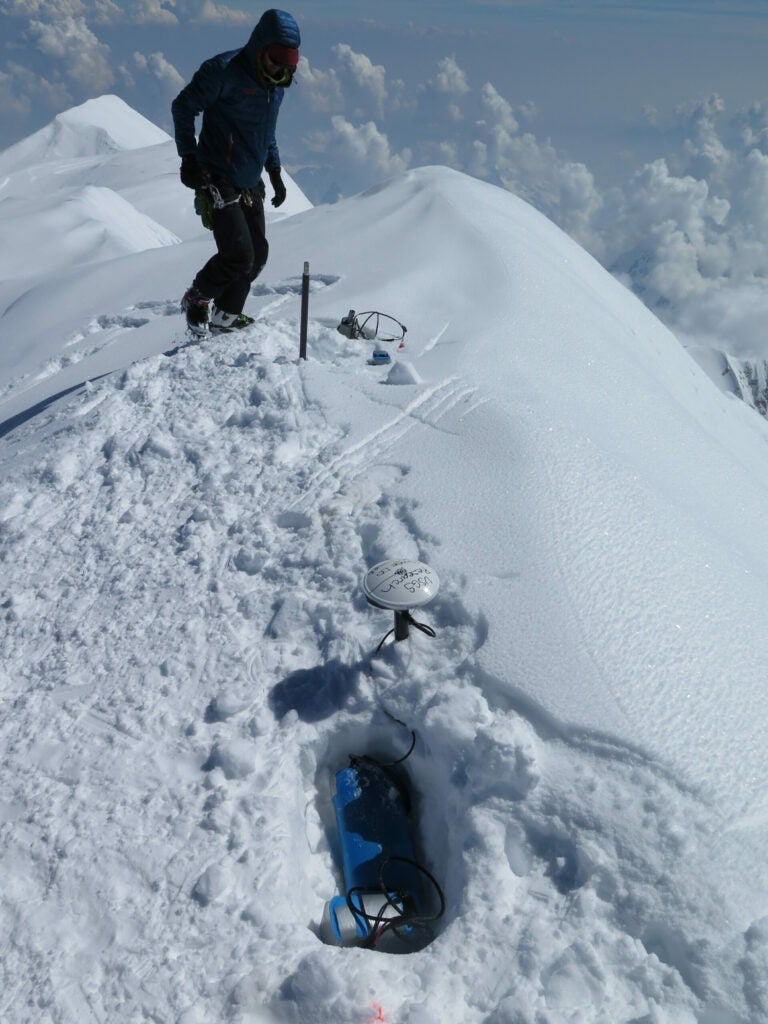 The group turned on the GPS equipment and left it there to collect data for a day, then retrieved it and headed home.
mountains
Science
USGs