Dawn Spacecraft Snaps A Closeup Of Mysterious Pyramid On Ceres

Why is it so shiny? 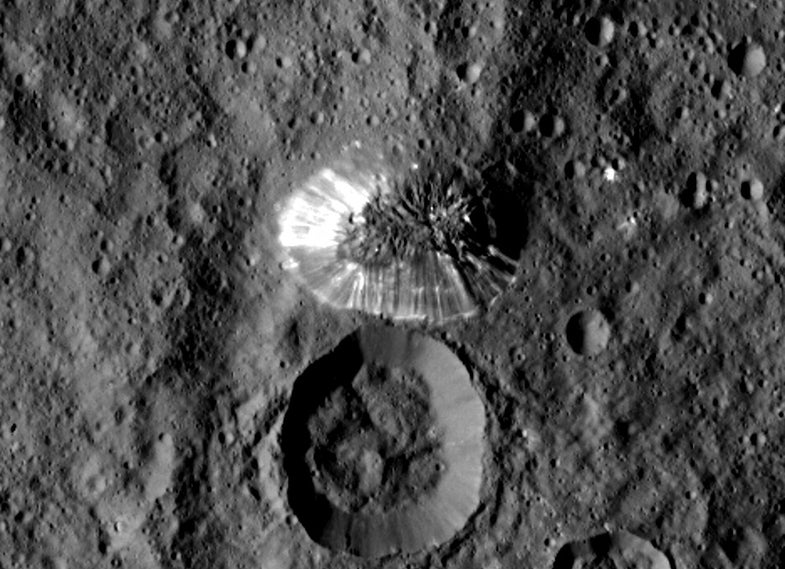 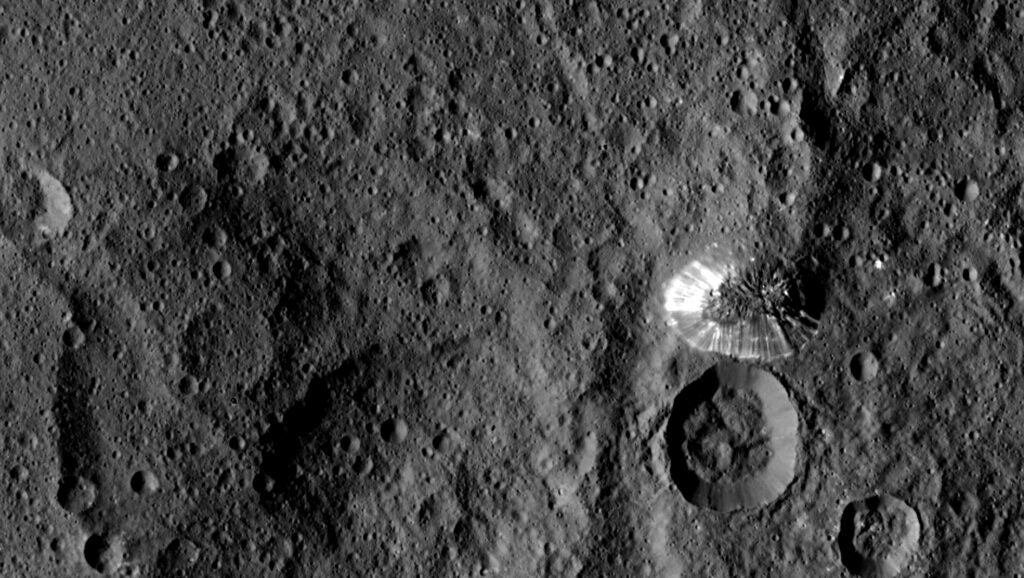 NASA’s Dawn spacecraft has moved in for a closer look at the dwarf planet Ceres. Since descending to an altitude of 900 miles in mid-August, its view has gotten three times sharper. That has allowed scientists to zoom in on a 4-mile-high mountain in Ceres’ southern hemisphere.

The cone-shaped peak, which is about as tall as Mt. McKinley (the tallest mountain in North America), has shiny sides that are composed of some kind of reflective material, possibly ice. The mountain pops out of a pretty flat region, and scientists aren’t sure how it got there.

Here’s a 360-degree view of the peak, from an older animation:

Dawn will continue to examine Ceres in this new closeup view until December, when it’ll close in to 230 miles from Ceres’ surface, which will hopefully help to shed some light on this and other strangely shiny spots on the dwarf planet’s exterior.