Here at PopSci we love super-fast cameras and super slow-mo video, so you can imagine our glee when we heard... 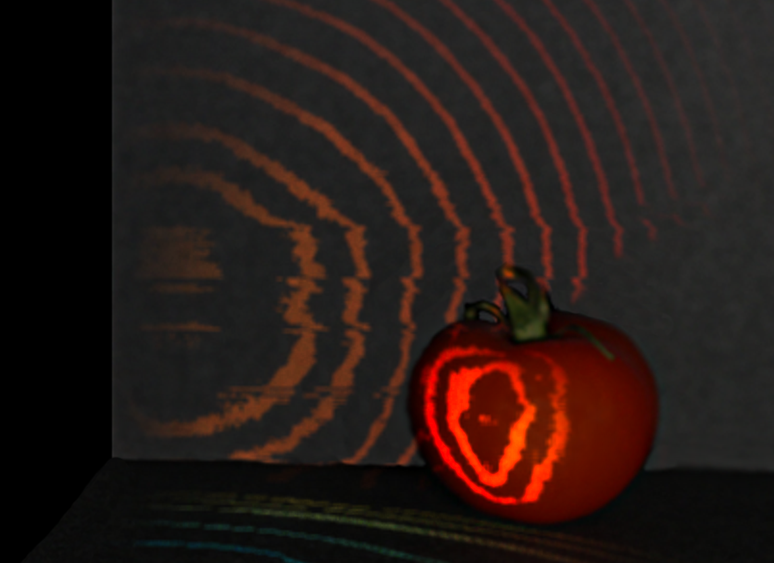 Here at PopSci we love super-fast cameras and super slow-mo video, so you can imagine our glee when we heard that MIT researchers have built a camera with a visual capture rate of one trillion frames per second. That’s fast enough to watch photons travel the length of a one-liter bottle in the video below. In other words, absolutely nothing in the universe looks fast to this camera.

But it’s not so simple as pressing “record.” The rig is built as a “streak camera,” a fairly new innovation in which the aperture of the camera is a narrow slit. Photons enter through the slit and are turned roughly 90 degrees by an electric field, sending them off in a direction perpendicular to the slit. The electric field is quickly changing shape during this time, kicking later-arriving photons toward the sensor with a bit more urgency than earlier-arriving photons.

The result is a frame captured very quickly, but it is only one-dimensional, at least from a spatial standpoint. You have the one dimension that corresponds to the direction of the slit, and a second dimension dictated by the degree of deflection from the electric field. So the second dimension isn’t spatial, but time. Visually, that leaves you with a tiny one-dimensional look at a narrow slice of space. 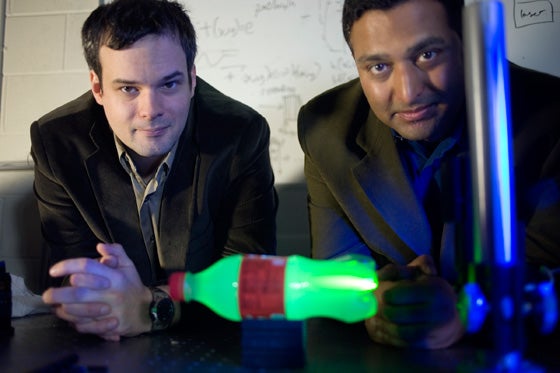 So how do they produce the 2-D video below? (Note: watch the video and they’ll explain it.) They take a whole lot of one-dimensional images and then stitch them together. In order to gather one trillion FPS video, you have to be filming an event that is exactly repeatable. That’s because in order to create a two-dimensional slow-mo video the researchers have to reposition the camera over and over to build up a complete image of the scene they are filming. To shoot the video of light traveling through a two-liter bottle, the researchers had to collect imagery for an hour and then stitch all the one-dimensional imagery together into a single two-dimensional video using algorithms they developed specifically for this task.

In other words, the world’s fastest video camera is also very slow, as it must first accumulate hundreds of thousands of data sets before it can cobble together a short video of a scene like the one seen below. But given that it also lets you witness photons as they move through space, that’s a pretty decent tradeoff.