What's grey and wrinkly and drinks 10 gallons of blood per hour? 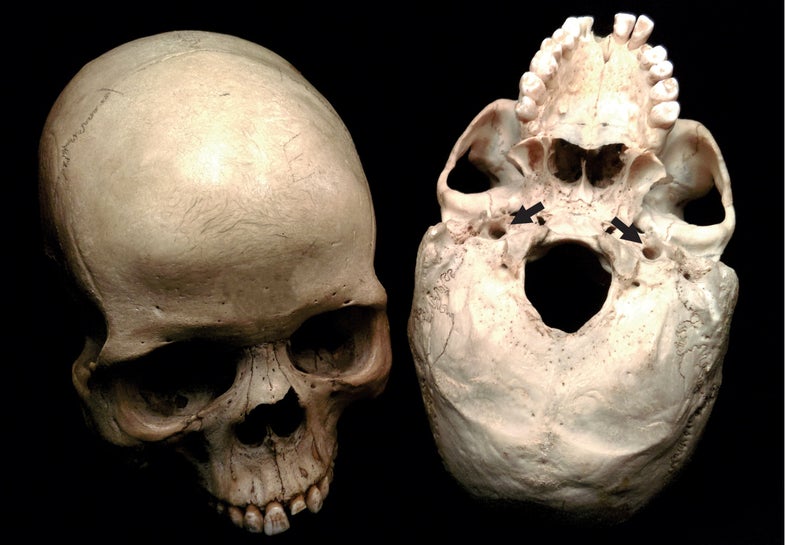 The human brain is a fuel hog, and that, it turns out, is key to how our intelligence evolved. It has long been believed that the evolution of human intelligence was simply related to increasing brain size, but a team of researchers from South Africa and Australia have overturned that assumption.

By calculating how blood supply to the brains of human ancestors changed over time, the researchers were able to show that the human brain not only evolved to become larger, but also more blood-thirsty. And the need for blood outpaced the volume increase of the brain itself.

“Brain size has increased about 350% over human evolution, but we found that blood flow to the brain increased an amazing 600%,” project leader Roger Seymour, from the University of Adelaide, said in a statement. “We believe this is possibly related to the brain’s need to satisfy increasingly energetic connections between nerve cells that allowed the evolution of complex thinking and learning.”

So the more nerve cells and connections our brains developed, the more metabolic activity increased. And that brought a higher demand for the oxygen and nutrients that blood provides.

Two holes at the base of the human skull allow arteries to shuttle blood from the heart to the brain. The diameters of the holes correspond to the size and blood-carrying capacity of the arteries. By tracking the changes in the size of those holes in human ancestors, the researchers were able to track the evolution of human intelligence.

“The intensity of brain activity was, before now, believed to have been taken to the grave with our ancestors,” said co-author Edward Snelling from the University of the Witwatersrand in South Africa.

The findings were published in the journal Royal Society Open Science. In a study published last year, the same researchers reported that the intelligence of animal species could be predicted by measuring the size of the skull openings.