Humans may have a surprising evolutionary advantage: Expressive eyebrows

Scientists still aren’t sure why early humans had such weird skulls—or why we don’t. 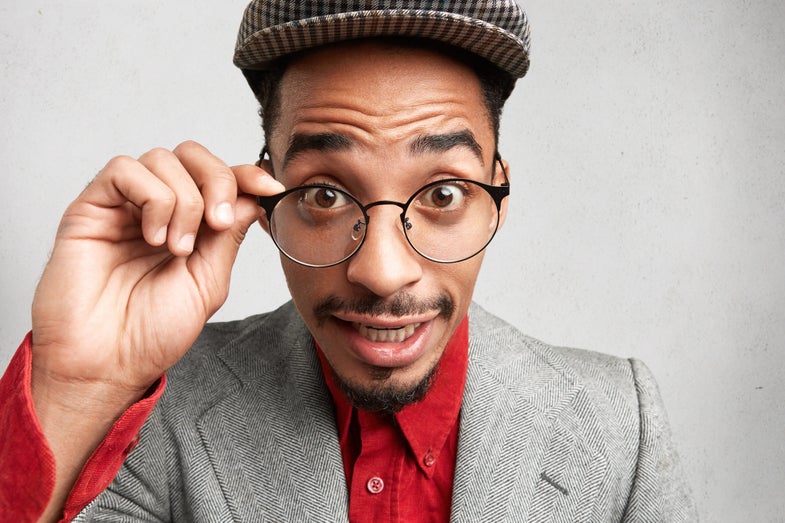 It’s one of the first things you notice when you look at archaic human relatives in a natural history textbook or museum. Just above the eyes rests an imposing feature, a prominent brow ridge that juts out above the eye sockets.

But why did many of our distant relatives have this distinct facial feature? Why don’t we have it anymore? Over the years, scientists have suggested plenty of solutions. There are hypotheses that it was a built-in shade from harsh sunlight, or helped shield eyes from rainwater or even fisticuffs. Maybe, researchers suggested, it kept hair or sweat out of an early hunter-gatherer’s peepers. Maybe it helped keep the face from experiencing too much strain when an early human bit down. Perhaps that extra slice of bone was just filler, taking up space between the brain and the face.

In a study published this week in Nature Ecology & Evolution, researchers from the University of York decided to take a closer look at the latter two ideas. With software similar to what engineers use to model and test strain on structures like buildings and bridges, the scientists created computer models based on the CT scan of a famous fossil skull, with a distinct brow ridge, Kabwe-1.

“This all started off with a very matter-of-fact engineering-type approach,” says study author Paul O’Higgins. To test the idea that the brow ridge was just there to fill up space between the brain and the eye sockets, O’Higgins and his colleague Ricardo Miguel Godinho took the virtual skull model and adjusted the feature, shrinking it down to see if that made any difference in the connection between the orbits of the eyes and the top of the skull. It didn’t.

So the brow ridge as boney filler for our skulls was out. But maybe it served another purpose. Back in the 1960’s, researchers proposed that the brow might reduce strain on the face as ancient hominins ate their food, far less processed and far more fibrous than our own. If they shaved off the brow ridge, they wondered, would the mechanical strains of biting change?

Nope. The reduced brow ridges made only small, insignificant changes to the mechanical forces in their model.

“That was quite a surprise to us,” O’Higgins says. “We fully expected it to make quite a big difference.” They were left with a conundrum—this mystery couldn’t be answered with matter-of-fact engineering alone.

O’Higgins started to ask around about other ideas that might explain the brow ridges. He heard about the work of the late Grover Krantz, who in addition to being a Bigfoot seeker was a physical anthropologist interested in the function of brow ridges. To figure out what they might be good for, he once wore an artificial one on his own face. It didn’t keep hair or sweat out of the way, but it did seem to serve another purpose.

“When he was walking down dark alleyways at night, people crossed the road to avoid him,” O’Higgins says. Krantz suggested that the brow ridges might be used as a physical sign of aggression to intimidate others. “That got us thinking, maybe that why it’s there in Kabwe—to give a signal of dominance.”

Around the same time that he was contemplating brow ridges, O’Higgins’ teenage daughters were increasingly interested in grooming their eyebrows, an obsession that their father noted to his colleague, archeologist Penny Spikins.

Spikins pointed out that eyebrows are actually incredibly important in human communication. We use them to give other people non-verbal cues as to our moods, motivations, and engagement. One study, she says, even pointed out that people who have Botox injected into their facial muscles, reducing facial expressions—including eyebrow movement—may not only garner less empathy from others but also may feel less empathy themselves.

That got O’Higgins and Godinho thinking: What if the brow ridge and its disappearance were more related to social signals than mechanical structures? Along with Sipkins, they hypothesize that the brow ridge’s decline allowed some of the more subtle communications that we rely on today. Perhaps our eyebrows painted an entire new dimension of communication onto what O’Higgins calls our vertical canvas—our foreheads.

Without brow ridges, our muscles can pull our hairy eyebrows up and down in movements that can communicate emotion. Animals with brow ridges, like chimpanzees, don’t have quite the subtle range of motion that we do—so presumably our heavy-headed ancestors lacked our eyebrow nuance. Sipkins and her colleagues think that this change could have given us an evolutionary advantage by providing a broader emotional toolbox for interacting with neighbors.

So pervasive are our eyebrow movements that it’s even made its way into our language. “You know the phrase ‘somebody raised a few eyebrows with that idea’?” Sipkins says. “That means they were given really subtle signals that what they did wasn’t acceptable, and that people didn’t agree with them.”

“It makes you realize that you don’t realize how many subtle movements we’re making all the time. But compared to other species, we do pick up on tremendously subtle social signs—it’s all part of being human,” Spikins says.

Not everyone is fully convinced by the new hypothesis. “Jane Goodall showed that there are subtle affiliative emotional interactions between chimpanzees quite frequently among family members, so I find it difficult to say that these are tied to having hairy eyebrows on a flat forehead,” says Melanie Chang, a physical anthropologist at Portland State University who was not involved in the study.

Proving the connection between our shift to more subtle facial signals and the disappearance of brow ridges will be tricky, if not impossible. That’s because there aren’t any archaic humans around to watch and see how they interact with their distinctive brow ridges. And even if there were, watching evolution over long periods of time would be impossible.

“It’s very hard for us to say that it was the selection pressure toward being able to communicate better that definitively led to a reduction in the brow ridge,” Sipkins says. “It’s a chicken or an egg sort of thing. It’s hard to say it was this exact sequence. It’s more that things are changing at the same time and at the end of the changes, we’ve got these different social patterns.”

But now they do know a few things—the brow ridge size doesn’t appear to be filling up space in the skull or making a difference in the mechanical bite forces. “These ideas have been in the literature since the 1960s. We couldn’t test them this way then, but we can test them now with these different technologies,” says Melissa Tallman, an anthropologist not involved in the study. Future research might look at different fossils with different sizes and shapes of brow ridges, giving us a fuller picture of our magnificently-browed ancestors.