She's actually looking out for you. 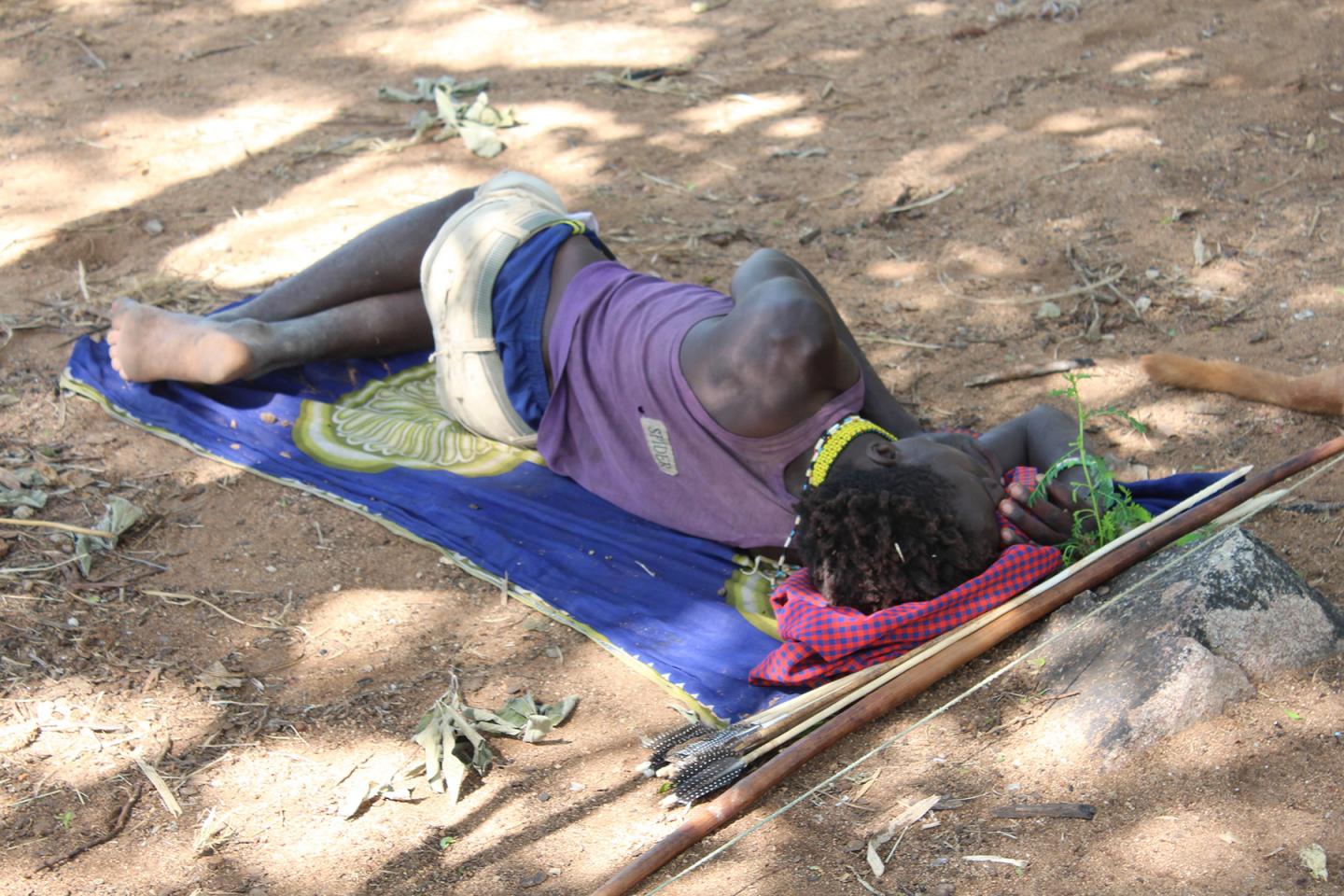 If your sleep is getting worse with age, evolution might be to blame.

A study recently published in Proceedings of the Royal Society B found that humans’ age-specific sleep patterns may have evolved to protect mixed-age groups from potential danger in the night. And in this scenario, the elderly members of these groups may have drawn the short straw—their restless sleep made them perfect for the night watch.

“Looking at sleep patterns is really relevant not only to basic science, but also to increasing our understanding of cross-cultural sleep,” says Alyssa Crittenden, a study co-author and assistant professor at the University of Nevada, Las Vegas. “It provides crucial clues of how species evolved.”

The study was conducted among the Hadza people, a hunter-gatherer group in Tanzania. They traditionally sleep outside, without the technology many of us now use to stay comfortable while we snooze—from air conditioning to a roof over our heads to shield us from the rain. Crittenden has studied the Hadza for 13 years, and she emphasizes the people aren’t relics of the past. “They are as modern and contemporary as you and me,” she says. But when it comes to sleep, their chosen environment is unusually similar to that of our ancestors—so they make excellent study subjects.

“Most human sleep research has been in sleep labs in Western societies,” says first author David Samson, who was a postdoctoral fellow at Duke University at the time of the study and is currently an assistant professor at the University of Toronto, Mississauga. “It’s not a great model, they go from one temperature- and light-controlled room to another.”

The researchers studied Hadza adults ranging from those in their late teens to the elderly. While the subjects slept, they each wore an actigraph, which Samson describes as a “super Fitbit.” Much like its commercial analog, the device is worn on the subject’s wrist and can tell if they are asleep or awake based on activity. But the actigraph also has extra capabilities, like measuring the amount of light in the environment, and it can withstand much harsher conditions.

From the actigraph data, the researchers characterized each subject’s sleep pattern: when they were sleeping or awake, and how long each period lasted. Some people were lighter sleepers who regularly woke up throughout the night, others slept undisturbed all night; there were subjects that went to bed early and woke up early, while other subjects tended to sleep later in the night and into the morning.

By layering the sleep patterns of all the subjects, they found that over the course of 20 nights, there were only 18 one-minute intervals when all the subjects were asleep at once. At any given time during the night, almost 40 percent of the Hadza were awake (or sleeping lightly) while the rest slept deeply. This lines up with the “sentinel hypothesis,” a pre-existing idea that having a variety of sleep patterns provided humans with an evolutionarily advantage. If groups of people had varying sleep patterns, they could more easily rest without being vulnerable—and they’d all be more likely to survive and successfully reproduce, allowing the mismatched sleep patterns to persist in future populations. The sentinel hypothesis has never been tested in humans before, Crittenden says.

The biological roots of these patterns lie in circadian rhythms, the internal clock that dictates our behavior at any given time of day. Are you an early bird? A night owl? Well, those are actual biological characteristics, known as chronotypes (scientists actually use “lark” and “owl” to describe the two extremes). They can even be inherited. Chronotypes encapsulate the unique ways that each of our individual circadian rhythms drive our sleep behavior.

In this study, the researchers compared the subjects’ chronotypes with demographic variables, and only one seemed to be linked: age. Older subjects were, as the proverb says, “early to bed and early to rise”—the “lark” chronotype—and they tended to wake up frequently during the night. The Hadza don’t have official guards posted at night, but since older individuals were more likely to be awake, Crittenden says, they were more likely to be functioning as “sentinels”—if not in any official capacity. Their wakefulness made them the most likely ones to be alerted to danger.

People have thought about the evolutionary role of elders in human society before, in what is known as the “grandmother hypothesis.” It suggests that women live beyond their reproductive years—a trait unique to humans, killer whales, and pilot whales—because they play an important role in their familial group’s survival. They can help care for grandchildren and teach them how to survive, allowing younger females to focus on reproducing. The researchers expanded that idea to coin the “poorly sleeping grandparent hypothesis:” In mixed-age groups, grandmothers—or grandparents in general—may sleep discontinuously so that they can remain alert to potential dangers while their offspring rest.

According to Samson, this finding could provide an important new perspective on how people think about and stigmatize insomnia, a condition that is very common among older people—almost half of adults over the age of 60 report having trouble sleeping.

“It may normalize things we consider to be disorders,” Samson says. “We tend to label things as a disorder if they don’t match up with normal parameters. But insomnia may be an evolutionary mismatch with the modern context.”

It could also impact how insomnia is treated in the elderly. For example, cognitive behavioral therapy has been shown to be effective in treating insomnia: By identifying the cause of the insomnia, people are able to effectively manage it. Explaining the evolutionary origins of insomnia could play a similar role in treatment.

This was the first study of the sentinel hypothesis in humans, but it won’t be the last. Samson and Crittenden hope to study sleep in populations around the world, ranging from rainforests to the Arctic, and compile the results into a global sleep database. If the patterns hold, then they might actually be able to show that the sentinel hypothesis is at play among humans, Crittenden says.

“It could help us ask and answer questions about how humans adapted to different ecological niches around the world,” Samson says.

So, kids, the next time your parents wonder why you don’t wake up earlier, just remind them that you evolved to be this way—getting up early is grandma’s job.