Why your brain makes New Year’s resolutions impossible to keep

And what you can do about it 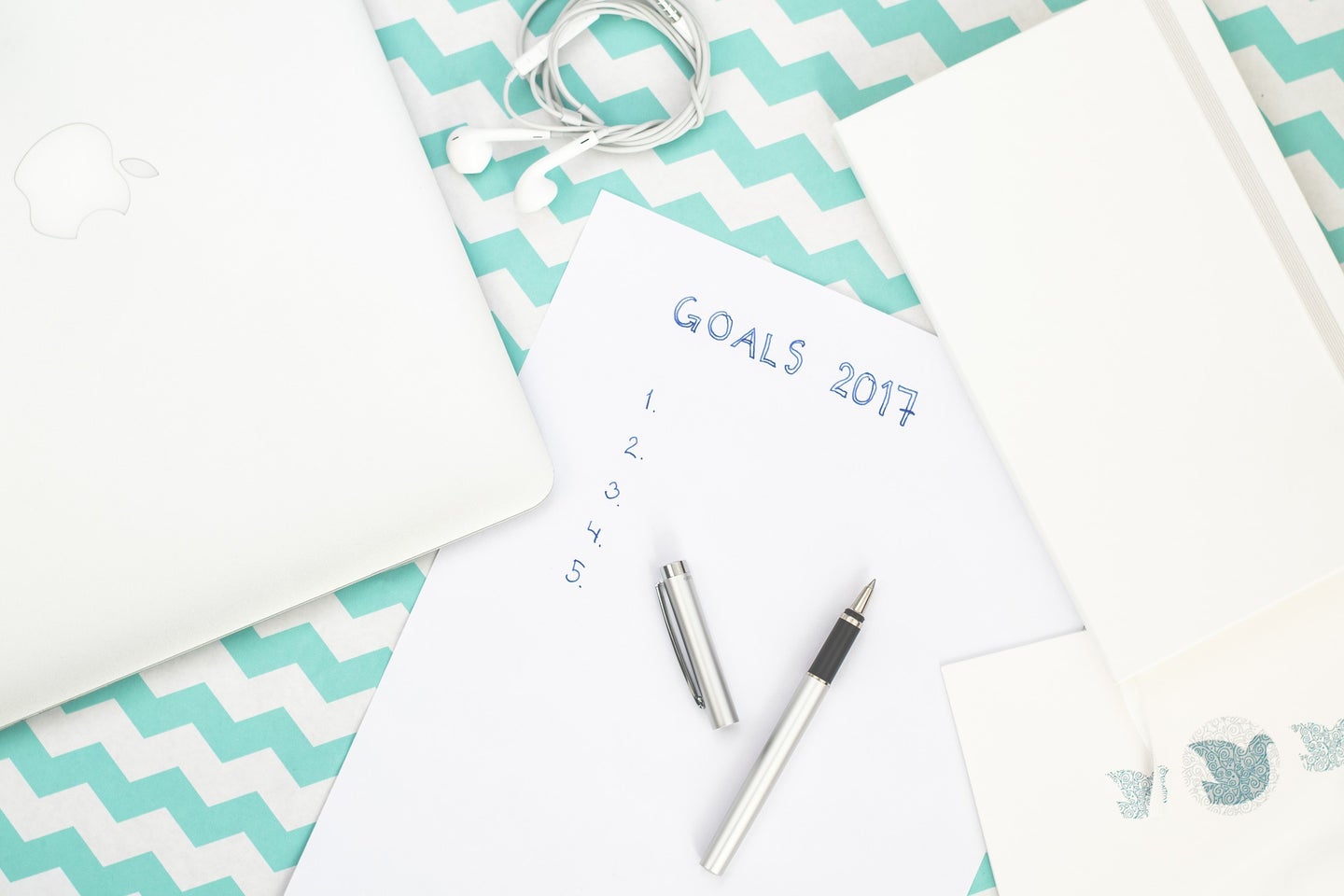 On the first of every year, millions of Americans make a New Year’s resolution (or two or three) that they won’t keep. Still, despite the ritual’s repeated failings, we keep trying. This yearly tradition, which dates as far back as Ancient Rome, is a reminder that humans can’t stop believing in new beginnings. Why we keep making resolutions—and why they’re so hard to follow—comes down to the way our brains work. And a better understanding of the inner-workings of your noggin can help you follow through on your goals for 2017.

There’s one obvious reason why most resolutions fail: We usually focus on goals or tasks that we haven’t been able to achieve over the past year. “You are making it your New Year’s goal because you keep failing at it,” says Tim Pychyl, a psychologist at Carleton University in Ottawa. The other terrible thing about New Year’s resolutions, he says, is that making them requires no action. The simple thought—the idea that we intend to lose weight or exercise more—satisfies our instant gratification: In the moment, just thinking about losing weight makes us feel good, and we don’t actually have to go out and do the tasks necessary to achieve that goal.

“They make the intention now, but they don’t do anything. And people love that. It’s like going to buy furniture and not having to pay anything until 2019. Of course I can do that,” says Pychyl, “That’s the selective nature of it.” He adds we would never form a New Year’s resolution around tasks we like to do. We already did those things the year before, so there’s nothing satisfying about pledging to keep them up.

This phenomenon—using how we feel in the moment to predict how we will feel in the future—is called affective forecasting. And it makes sense: When you make a New Year’s resolution, you feel good about it at that moment, so you predict that you are going to feel good about it in the future. But when you actually go to do that resolution, the action itself doesn’t make you feel good (or at least not as good as sitting on the couch makes you feel). So you put it off. “Humans are predictably irrational,” says Pychyl, whose work on procrastination can be found at procrastination.ca. “Procrastination is one of the number one reasons resolutions fail.”

Even as we try to overcome our resistance to our resolutions, something a little more powerful takes over in our brains: The force of habit. In simple terms, habits are connections of neurons that work together that have been beneficial to us over time. The more we execute the habitual behavior, the stronger those neuronal connections in our brains become.

Through the course of human evolution, habits have been a really good thing; they are automatic thoughts or actions that have, for example, saved us from predators. Unfortunately for your 2017 gym plans, anything that vital to our survival is extremely hard to shake. The brain’s entire limbic system is devoted to this type of automatic thinking, while the prefrontal cortex—the decision-making center of our brain—does its best to determine when it can and should override our baser instincts.

It’s important to know this going into your New Year’s resolution, Pychyl says. By understanding what’s going on in your brain, you have a better chance at controlling it. The key, he says, is to loosen the connection between the neurons that form these habits. One way of doing this is through mindfulness. This ancient practice teaches people to view the world and emotions in an unbiased way. We often associate certain behaviors or actions—like going for a run, eating healthy, or even flossing our teeth—with negative thoughts. Over time, this connection strengthens and the association between anger and flossing becomes an automatic thought. As a result, not flossing becomes a routine habit. But if you give flossing an unbiased second chance, you’ll realize you could just as easily associate with good or neutral thoughts.

Flossing doesn’t have to have an emotion attached to it—you can just get it done. Pychyl says this same approach can be applied to many common New Year’s resolutions, like exercising more or eating healthier. “If you haven’t been excited about exercising in the past, you aren’t likely going to be in the future,” he says. But detaching that emotion from the task makes it easier to just do it.

Science seems to back this idea up: some studies show that even eight weeks of mindfulness meditation can decrease the size of the amygdala and degrade the connections between the amygdala and the prefrontal cortex. “So there are physiological changes in the plastic brain that happen when we develop some ability to bring nonjudgemental awareness to the world,” says Pychyl.

But habits take a long time to break, and mindfulness can take even longer to master. To get a jumpstart, Pychyl advises people to take each goal one step at a time. “Some people think about exercise, [for example], really abstractly. Instead, it should be, what’s the next action?” There’s often a downward spiral when we procrastinate, he says, but in the same light, there is an upward spiral when you get things done. “Harnessing that is key. There is nothing like the feeling of showing up.”

Something else to keep in mind, Pychyl says, is that the future isn’t as far away as you think. Hal Hershfield, a marketing professor at UCLA’s School of Management, looked into how our brains think of our present selves compared to how we think of our future selves. With the help of fMRI scans, he found that people associate thoughts about their present selves in a different area of the brain than they process information about their future selves. In fact, the area of the brain associated with future selves in the study is the same area associated with thoughts about strangers. “Neurologically speaking, we think about our future selves as strangers,” Pychyl says. In another study, Hershfield had college students look at digitally-aged images of themselves. These students developed more empathy for their future selves, and as a result they were less likely to procrastinate on doing schoolwork and studying for exams. Making our future selves feel less like strangers can actually help us accomplish things in the present.

In the end, Pychyl says, don’t let failure deter you from fulfilling your resolution. As you begin work on your goal, always think about the next action: “Life is just one step after another. If your New Year’s resolution is to exercise Tuesday after work, then when Tuesday comes along, there is really no decision to make,” he says. Even if you’re not excited about hitting the treadmill.