Yes, humans are still evolving. Here’s how you can tell.

Even more evidence that we’re continuing to change. 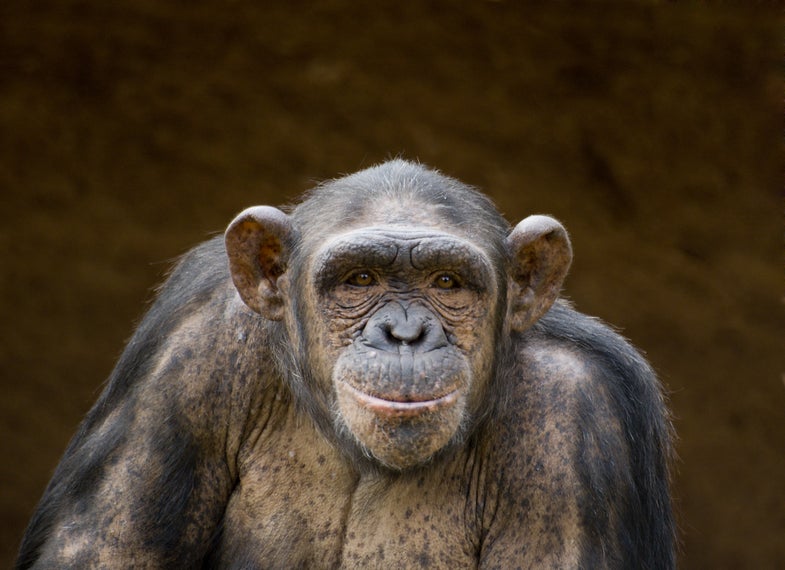 The nice thing about bacteria is that they multiply really fast. This is inconvenient if they happen to infect, but useful if you want to see how evolution works. Put antibiotics on a Petri dish with enough bacteria, and a few days later you’ll find that a lone bacterium—one that happened to be resistant to the drug’s effects—is now recolonizing the plate. It’s natural selection in action.

The reality is that every single living thing on Earth is constantly evolving, at least to some extent. But in species that don’t live and die as rapidly as bacteria, it’s hard to see the process in action.

A massive genetic study in PLOS Biology highlighted that earlier this week. Researchers looked at DNA from 215,000 people, tracking 8 million mutations to see which genetic changes were changing in frequency. They found that a number of genes—one of the gene variants that predisposes you to Alzheimer’s disease, for example—are becoming uncommon in older people, even though the genes don’t seem to directly affect childbearing. If a mutation keeps you from successfully reproducing, it follows that such a genetic change would have difficulty gaining a foothold in the larger population. Since Alzheimer’s patients generally don’t start having symptoms until after their reproductive years, the mutation shouldn’t be selected against. Similarly, groups of genes that predispose you to asthma, high cholesterol, high body mass index, and coronary artery disease seem to be becoming less common.

The authors think this might be because those predispositions somehow affect your likelihood of having children earlier—in very subtle ways. You’d need a huge sample of people to detect such a small effect, so even this large study can’t answer that question. It’s also possible that something called the grandmother hypothesis, which says that living long enough to help take care of your grandchildren makes them more likely to survive, and therefore makes your own genes more likely to be passed on, is involved. If the grandmother hypothesis is influencing our species’ evolution, it makes sense that genes causing disease late in life would become less common over time.

This is all crucial evidence that we’re continuing to evolve as a species, and it’s easy to see why we don’t notice it happening. Evolution doesn’t look like a generation of humans suddenly including a few X-Men. It looks like the ever so slight reduction in mutations that lead to Alzheimer’s disease. The progress is slow.

We should all be lactose intolerant

To really see evolution’s effects, you have to find traits that are already common in humans and look back at how they came to be that way. The ability to drink milk is a classic case.

Humans mostly shouldn’t be able to drink milk past infancy—the majority of adults today can’t really digest it. When we’re babies, the gene that encodes an enzyme called lactase is turned on, so lactase is around to digest lactose (one of the principal components in milk). As we get older, the lactase gene is supposed to turn off. But several thousand years ago, being able to drink milk without getting sick became an advantage in some parts of the world. We’re not exactly sure why, though it probably has something to do with its nutritional value and wide availability on farms. Some evidence suggests that Europeans made cheese for some 4,000 years before any of them developed the ability to properly digest lactose. A few lucky individuals happened to acquire a mutation in the lactase gene that allowed it to stay turned on, even after infancy, and therefore allowed them to rely more heavily on dairy later in life. Those people tended to do a better job of living and having a bunch of children, and so did the offspring who got the same mutation, and so the genetic change spread.

The Netherlands is vertically gifted

A more modern example: Dutch men are very tall. So is most of Scandinavia, really, but the Dutch in particular. The average Dutchman is 6 feet tall, which is 7.9 inches higher than the typical height 200 years ago. Virtually every country has increased their average height because we have much better nutrition, but the Dutch have rocketed skyward at a much faster rate. Americans, for example, have only grown by 2.4 inches during that span. Why? Because that’s what Dutch women prefer.

Tall men in the Netherlands have more children than their short buddies, so they tend to produce more tall men, who go on to have generally tall babies. Dutch women of medium height are more likely to have a partner than their long-legged counterparts, and so (on average) have the most children. Being a lady of middling height means that plenty of men are taller than you, which Dutch women find desirable in a partner (again, on average—no offense to the women of the Netherlands who’ve got a thing for short men, or tall women, or, you know, whoever). If you’re a tall woman, it’s harder to find a man who can tower over you. But those tall women who do partner up actually end up having the most children of all, so the country’s reproductive habits are basically geared to produce increasingly giant babies.

These examples are obvious now, because they’re traits we can see evidence of with our own eyes (or noses, in the case of lactose intolerance). Someday, we might be able to look back with the same clarity on the genes that are only just starting to shift today. The only constant in nature is change. Genes will always mutate, and some of those mutations will be advantageous. Over time, almost everything changes a little. We just have to pay attention.