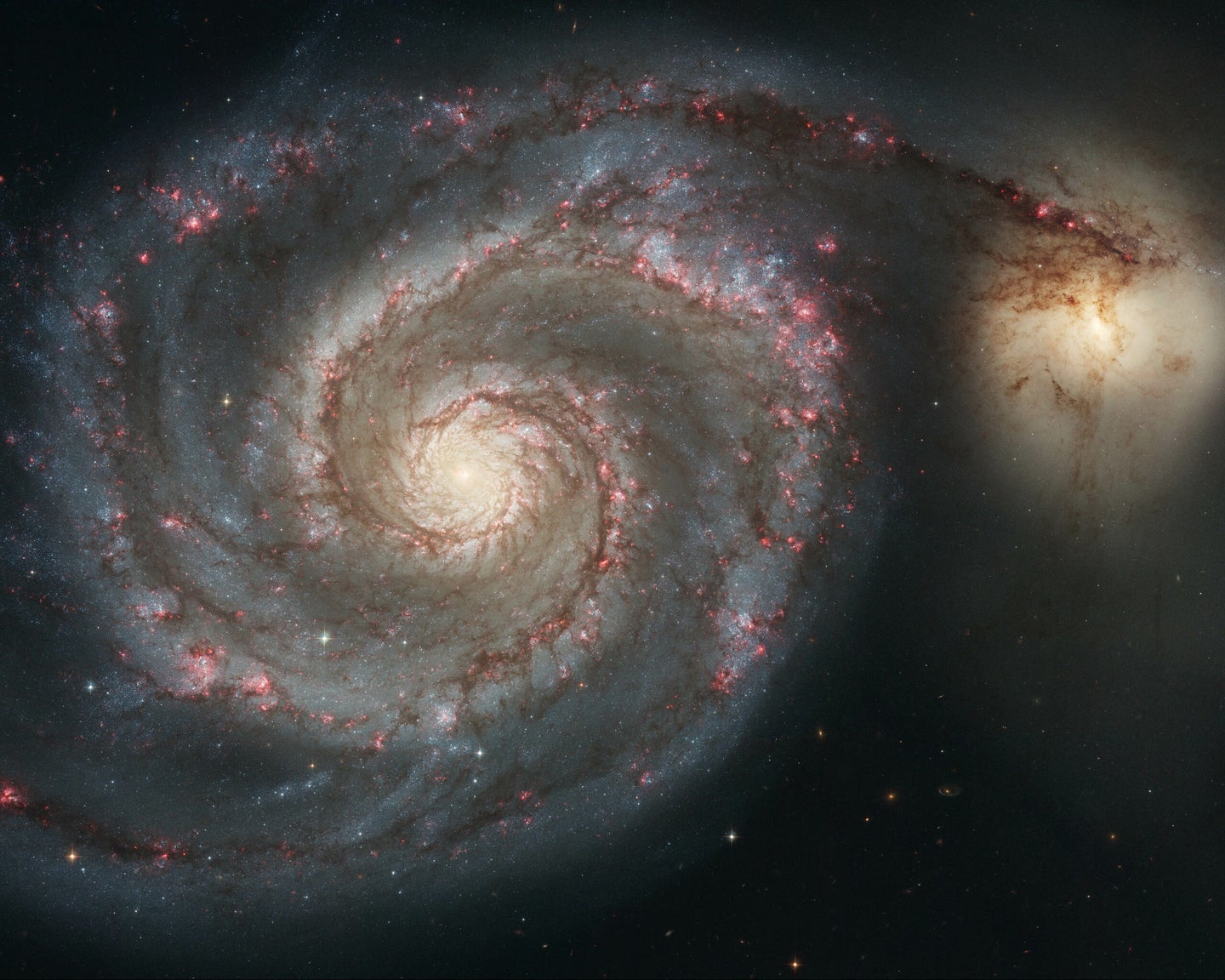 At some point, our Milky Way galaxy is going to experience a horrible, unheralded cataclysm the likes of which our puny brains can barely comprehend. A large, furious body of hot energy and gas is going to hurtle into the little home we’ve created for ourselves here in our neck of the universe, throwing all the different pieces that make up the galaxy into a horrific scene of cosmic chaos. Stars will crash into one-another, planets will be left broken and smoldering—if they aren’t outright vaporized—and nothing will ever be the same.

No need to fret: This won’t happen for billions of years. Unfortunately for whatever life forms might find themselves around in the distant future, however, this could happen (relatively) soon. We’ve known for a while that the Milky Way would eventually collide with the Andromeda galaxy in about eight billion years and wreak intergalactic havoc on both bodies. But according to new findings published Friday in the Monthly Notices of the Royal Astronomical Society, we should be concerned about another collision with another galactic object, set to occur in as little as two billion years’ time.

Let’s get acquainted with the Large Magellanic Cloud, a satellite galaxy about 160,000 light-years away. It’s as massive as 10 billion suns (significantly less than the Milky Way’s mass, but still quite a behemoth). Although scientists have long thought of the LMC as a relatively new neighbor only weakly gravitationally bound to the Milky Way, new findings hinging on dark matter estimates show us the LMC is a way more massive than we thought, and therefore much more likely to hit the Milky Way directly in the future.

“Observations in the last two years suggest that the LMC is embedded in a dark matter halo nearly twice as massive as previously thought,” says Marius Cautun, a scientist at Durham University in the UK and the lead author of the new study. “The higher mass of the LMC is what seals its fate, implying that the LMC is more tightly bound to the Milky Way and that it will collide with our galaxy in about two billion years.”

Cautun and his colleagues decided that, under the context of the new dark matter estimates, it was worth getting a better illustration of how the LMC interacts with the Milky Way, and how this relationship would change moving forward. The team used computer modeling to envision multiple scenarios that could account for the various factors dictating the movements and behavior of the LMC and Milky Way over the next several billion years, and in about 93 percent of the models, the LMC collided with the Milky Way way before the Andromeda galaxy did.

Such a merger will cause more than a few unnerving cosmic explosions and throw a lot of objects out of their stable orbits, creating a diffuse halo of stars around the Milky Way and also outright evicting many stars from the galaxy entirely. “One of these unlucky systems could be our solar system,” says Cautun, “which could mean a dangerous and lonely future for our descendants.”

The merger of the two bodies would also essentially wake up the dormant supermassive black hole sitting at the center of the Milky Way, turning it into a ravenous beast hellbent on eating up a ton of debris in the vicinity. The black hole would probably grow up to 10-times its current size.

According to Cautun, this is… good news??? Turns out, the Milky Way’s black hole is smaller than it ought to be for a galaxy of its size, so this growth rate would actually be 5 to 10 times smaller than normal. Moreover, he says, “the growth of the supermassive black hole will result in a quasar that will spew out immense amounts of energy at all wavelengths. This would give rise to a spectacle of cosmic fireworks for our descendants.” That is, assuming the solar system remains safe and intact, and there’s still intelligent life able to peer out into the night sky. Although these are short timeframes for the cosmos, they mean absolutely bupkis to anyone who’s more or less focused on just making it through to the weekend.

Still, while two billion years is far away, the new findings raise some bigger questions of how things can arise in a universe that’s in a constant state of flux. Galactic collisions are far from a new concept, and the Milky Way is certainly no exception to the typical inundation of cosmic threats from neighbors near and far. Yet events like the LMC aren’t exactly favorable to phenomena like the development of habitable worlds and the evolution of complex life—things that require billions of years of relative stability. Especially in the context of how many new exoplanets we’re finding that possess the potential to host life of some kind, Cautun thinks it’s interesting to wonder whether the conditions that allow for life to evolve are rarer than we think, thanks to events like the upcoming LMC collision. “Perhaps we are more alone in the universe than we thought!” he says.

If that’s the case, it’s probably all the more pressing for us to make sure we don’t extinguish ourselves—if nothing else, we’ll have some descendants around to witness the fireworks when they’re lit.