“Nature is providing us with a sandbox.” 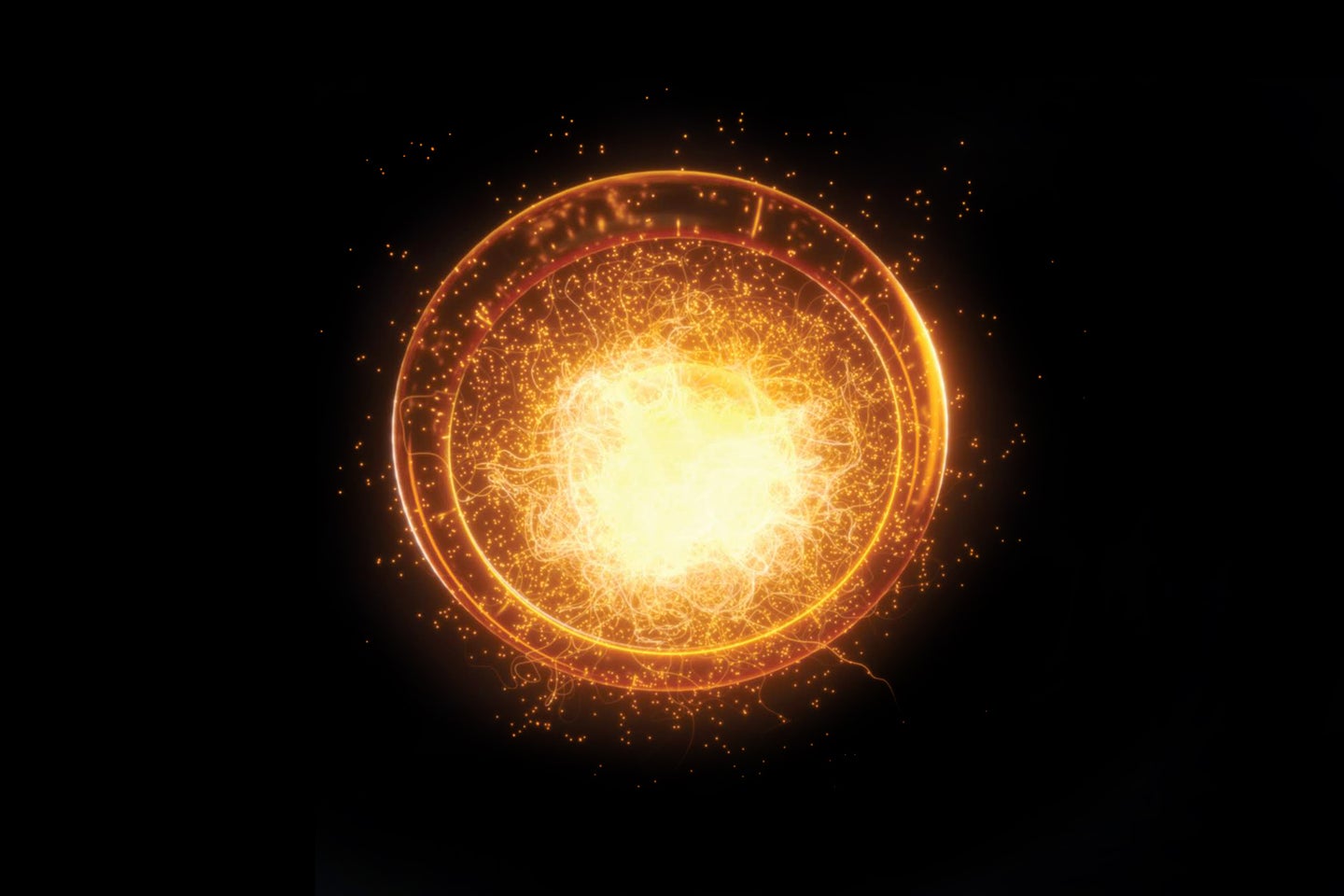 It’s hard to sneak a peek of a black hole. Not even light—the fastest known thing in the universe—can ­escape its gargantuan gravitational pull. “You’ve got something that is just designed not to give up its secrets,” says Shep Doeleman, senior research fellow at Harvard University and director of the Event Horizon Telescope (EHT) at the Harvard-­Smithsonian Center for Astrophysics.

In April 2019, Doeleman and his colleagues spilled the beans, revealing to the world the first image of a supermassive black hole. The behemoth in question sits 55 million light-years away in the M87 galaxy in the constellation Virgo. This big reveal could help answer some of our heftiest questions about the universe.

Astrophysicists coined the term “black hole” in 1967, and there’s a reason the elusive beasts have fascinated us for the decades since. Each has a colossally dense ­center—the one inside M87 is 6.5 billion times the sun’s mass. That creates immense gravitational pull, sucking up practically everything nearby. Around the center, though, is a visible point of no return called the event horizon, where gas and debris create a glowing silhouette. One problem: In the vastness of the universe, black holes are tiny (their density is akin to squeezing a star larger than the sun into New York City). Making out M87’s signature is similar to spotting a quarter on the moon from your backyard.

The EHT is up to the task because it’s not actually a telescope. It’s eight of them. The international network of ground-​­based radio instruments utilizes a technique called Very Long Baseline Interferometry, in which an army of atomic clocks synchronizes the array to observe a shared target. Combined, the individual devices become a single scope—the EHT. They pick up waves emitted by the event horizon, and large computers convert the signals into data that visually represents the object, which humans then clean up and piece together into an image.

Over four days in April 2017, the EHT aimed its contingent toward M87 and peered at the galaxy’s supermassive black hole, capturing these signals with unprecedented sensitivity. More than 200 scientists around the world spent two years translating the data into a luminescent-orange snapshot. (It looks like a blurry, misshapen doughnut, so we made our own version above.) “We hit the daily double—we had everything work out perfectly for us,” Doeleman says.

There’s no environment in the universe like a black hole. Being able to see such an object gives us a “natural laboratory,” ­Doeleman says. We can test long-standing theories about how objects move through space—like Einstein’s general relativity—by watching gravity-driven warps in spacetime impact how light travels. We can also study how black holes help shape the universe by sucking up matter. In Doeleman’s words, “Nature is providing us with a sandbox.”